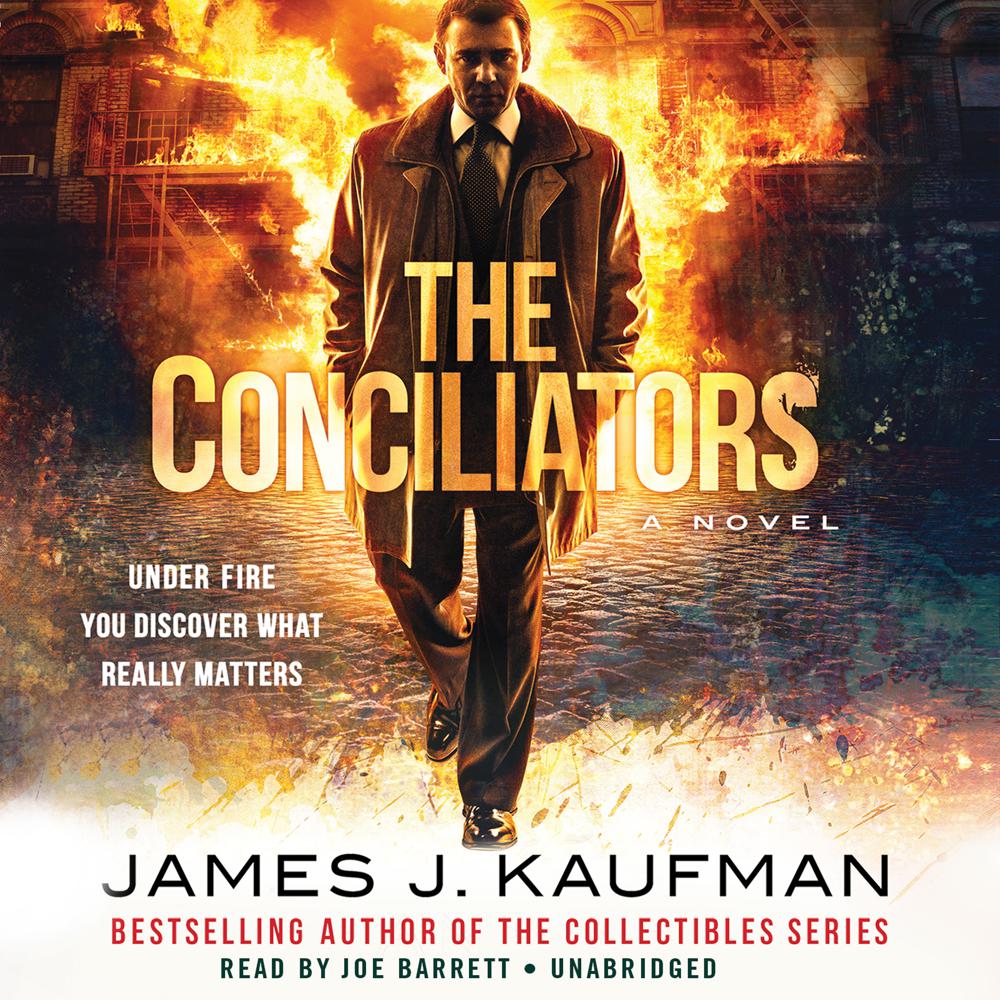 It all started with a blind promise—now Preston Wilson faces a dilemma that will ultimately destroy him or define him.

In The Collectibles, book one of the Collectibles trilogy, James J. Kaufman delivers the gripping and unforgettable story of Joe Hart and Preston Wilson, two strong men from different worlds—one touched by tragedy, the other by greed—brought together by a promise that changes six lives forever.

In The Concealers, book two of the trilogy, Kaufman’s readers meet Katherine Kelly, a budding journalist driven to find the truth. As she investigates bank fraud in Long Island, she discovers the identity of her father, only to learn that he is being drawn into her investigation. Too soon, she learns the agony and price of the truth she seeks.

In The Conciliators, the conclusion of the Collectibles trilogy, Preston Wilson’s life is once again imploding—this time as headline news, bylined by Katherine Kelly. Under fire thanks to the financial shenanigans of a longtime friend, the CEO finds himself in trouble with the FBI, the Russian Mafia, and his creditors. If he doesn’t come up with a plan (and quickly) he could lose everything and find himself, his wife, and his shareholders in prison. Inspired by Joe Hart’s life lessons, Preston sets a new course, vowing to fight for what matters most: his family, his friends, and the Collectibles.

“A financial thriller in the vein of Michael Crichton, with a pay-it-forward protagonist that deals with Russian mobsters, the FBI, and marital problems with panache and grace.”

“James Kaufman hooked me in the first chapter when the FBI showed up at Preston Wilson’s home at night, armed with intimidation tactics that would terrify any business owner. How many of us have been the dupe/fool to our best friend’s betrayals and tricks? This devastatingly possible scenario that Kaufman unfolds kept me spellbound till the very end. The serpentine plot twists and the dead-on court scenes ring chillingly accurate. Get used to the edge of your seat when you read this one.”

“A plot steeped with secrets, suspense, and bad guys. A soul-stirring thriller that compels the characters to search for the truth to find the peace they desire.”