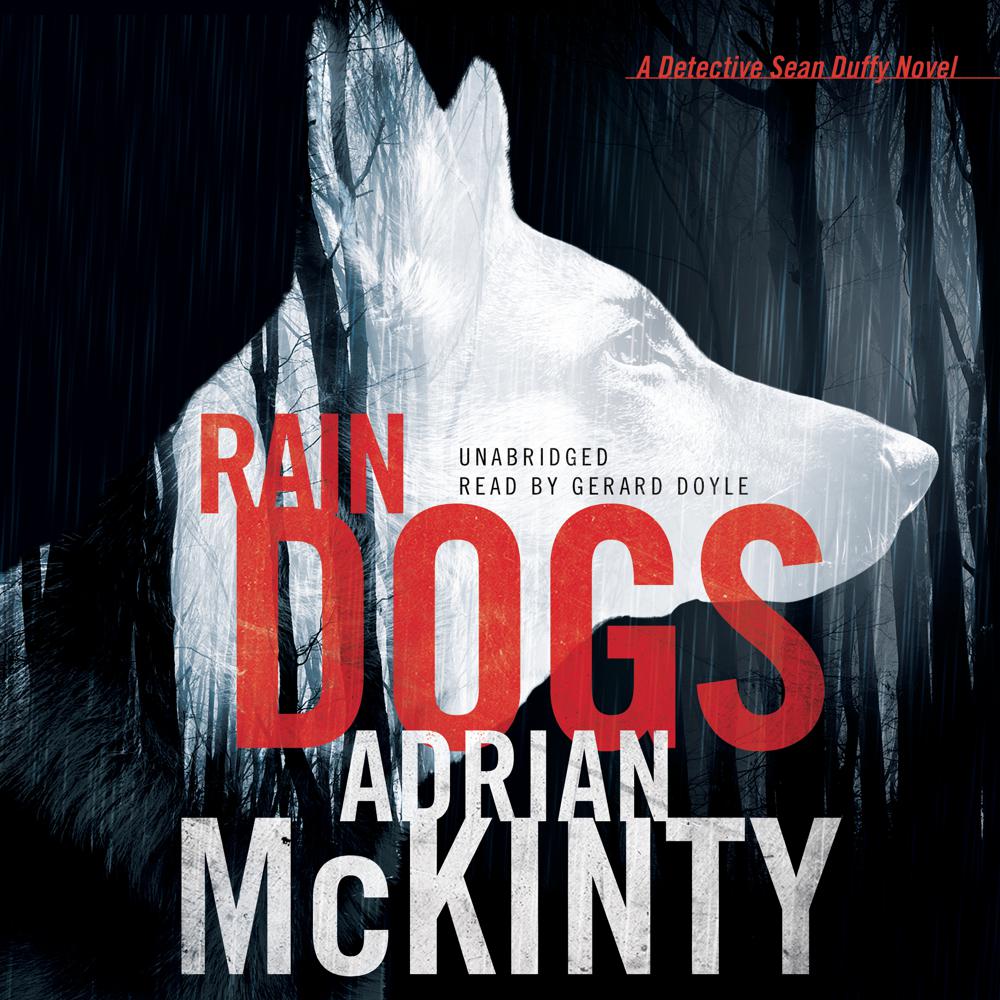 Rain Dogs, a stunning installment in the Sean Duffy thriller series, following the Edgar Award-nominated Gun Street Girl, is “another standout in a superior series” (Booklist).

It’s just the same things over and again for Sean Duffy: riot duty, heartbreak, cases he can solve but never get to court. But what detective gets two locked-room mysteries in one career?

When journalist Lily Bigelow is found dead in the courtyard of Carrickfergus Castle, it looks like a suicide. Yet there are a few things that bother Duffy just enough to keep the case file open, which is how he finds out that Bigelow was working on a devastating investigation of corruption and abuse at the highest levels of power in the UK and beyond.

And so Duffy has two impossible problems on his desk: Who killed Lily Bigelow? And what were they trying to hide?

“McKinty’s story opens with a visit to Belfast by ‘sporting royalty’ Muhammad Ali—a challenge narrator Gerard Doyle meets with a gravelly, rhythmic delivery. Even better are Doyle’s varied Irish accents, which help differentiate the various Northern Irish policemen who work with Detective Sean Duffy…Duffy’s journey to Finland to investigate poses an interesting vocal challenge that Doyle handles admirably. His delivery further ratchets up the tension when the threat of IRA bombings and the death of a high-ranking police official add to the mayhem.”

“The tension between McKinty’s competing love of tight, formal puzzles and loose, riffing dialogue is what makes the Duffy novels such a joy.”

“Set during the Troubles, the Duffy series could be construed as historical fiction…but the books don’t feel like historical novels. They’re too urgent and too topical…His prose style is vital, vigorous, and…if you’re not reading him already, do yourself a favor: start now.”

“McKinty captures the mood and flavor of a city perpetually under siege, the life of a detective during wartime [and he] also excels at scene-grabbing set pieces.”

“A first-rate crime thriller that commands attention from the opening pages and keeps the reader interested until the end.”

“McKinty expertly balances Duffy’s tense and suspenseful investigation with the political tensions of the region.”

“The pairing of McKinty’s artful prose with Doyle’s Irish brogue is near perfection. He gives distinctive voices to Duffy and each of his colleagues…making it easy for the listener to follow and appreciate McKinty’s smart dialogue, dark humor, and clever plotting.”

“McKinty uses some historical events as a basis for a strong moral point of view while still delivering a fine tale.”

“Duffy is taking no better care of himself than he ever did. But his copper’s instincts are as sharp as ever in this fifth installment.”