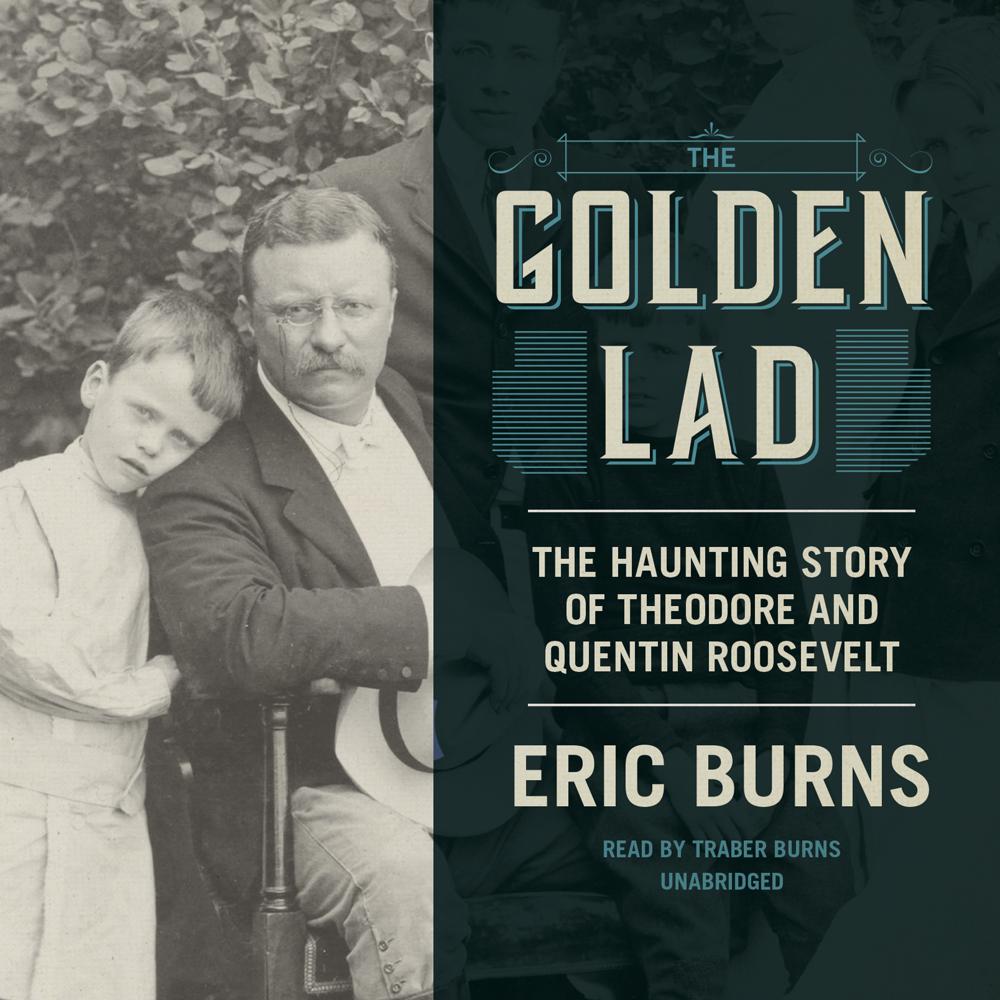 Theodore Roosevelt is one of the most fascinating and written-about presidents in American history—yet the most poignant tale about this larger-than-life man has never been told.

More than a century has passed since Theodore Roosevelt was in the White House, but he still continues to fascinate. Never has a more exuberant man been our nation’s leader. He became a war hero, reformed the NYPD, busted the largest railroad and oil trusts, passed the Pure Food and Drug Act, created national parks and forests, won the Nobel Peace Prize, and built the Panama Canal—to name just a few.

Yet it was the cause he championed the hardest—America’s entry into WWI—that would ultimately divide and destroy him. His youngest son, Quentin, his favorite, would die in an air fight. How does looking at Theodore’s relationship with his son and understanding him as a father tell us something new about this larger-than-life man? Does it reveal a more human side? A more hypocritical side? Or simply, if tragically, a nature so surprisingly sensitive, despite the bluster, that he would die of a broken heart?

Roosevelt’s own history of boyhood illnesses made him so aware of what it was like to be a child in pain that he could not bear the thought of his own children suffering. The Roosevelts were a family of pillow fights, pranks, and “scary bear.” And it was the baby, Quentin—the frailest—who worried his father the most. Yet in the end, it was he who would display, in his brief life, the most intellect and courage of all.

Biography: historical, political and military, Political leaders and leadership, History of the Americas

“Piercing the larger-than-life Teddy Roosevelt myth, Burns, a former correspondent for NBC News and Today, explores the personal side of the energetic, rambunctious war hero and politician and his doting relationship with his youngest child, Quentin…Burns’ unique, stirring account of America’s most colorful president allows Teddy Roosevelt, the man and father, to step off the page.”

“In this crisply written profile, Burns underlines Theodore’s contradictions: his love of family life, his favorable view of the masculine proving ground of war, and his tendency to ignore references to the unpleasant…A father-son focus reveals much about the multifaceted Theodore’s personality…Readers seeking a naturally sympathetic, full-length portrait will appreciate this work.”

“A storied family is broken apart by its patriarch’s devotion to war and the quest for honor…Burns finds special meaning and resonance in the father-son relationship, and his slender book makes for a fine homage…[A] solid, very well-written contribution to the vast literature surrounding Teddy Roosevelt.”