Secrets in the Stones
Tessa Harris 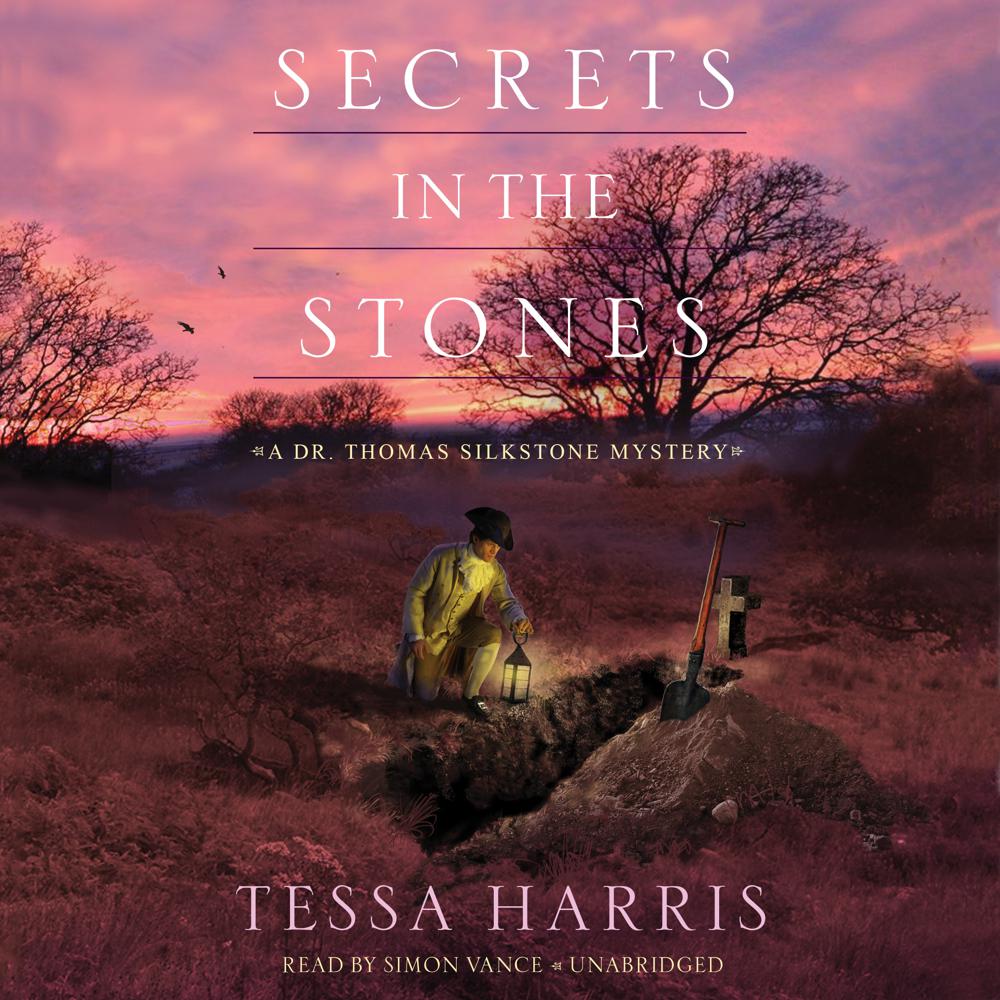 Within the mysteries of the body, especially those who have been murdered, eighteenth-century anatomist Dr. Thomas Silkstone specializes in uncovering the tell-tale clues that lead toward justice.

Newly released from the notorious asylum known as Bedlam, Lady Lydia Farrell finds herself in an equally terrifying position—as a murder suspect—when she stumbles upon the mutilated body of Sir Montagu Malthus in his study at Boughton Hall.

Meanwhile, Dr. Thomas Silkstone has been injured in a duel with a man who may or may not have committed the grisly deed of which Lydia is accused. Despite his injury, Thomas hopes to clear his beloved’s good name by conducting a postmortem on the victim. With a bit of detective work, he learns that Montagu’s throat was slit by no ordinary blade, rather a ceremonial Sikh dagger from India that may be connected to the fabled lost mines of Golconda.

From the mysterious disappearance of a cursed diamond buried with Lydia’s dead husband to the undying legend of a hidden treasure map, Thomas must follow a trail of foreign dignitaries, royal agents, and even more victims to unveil the sinister and shocking secrets in the stones.