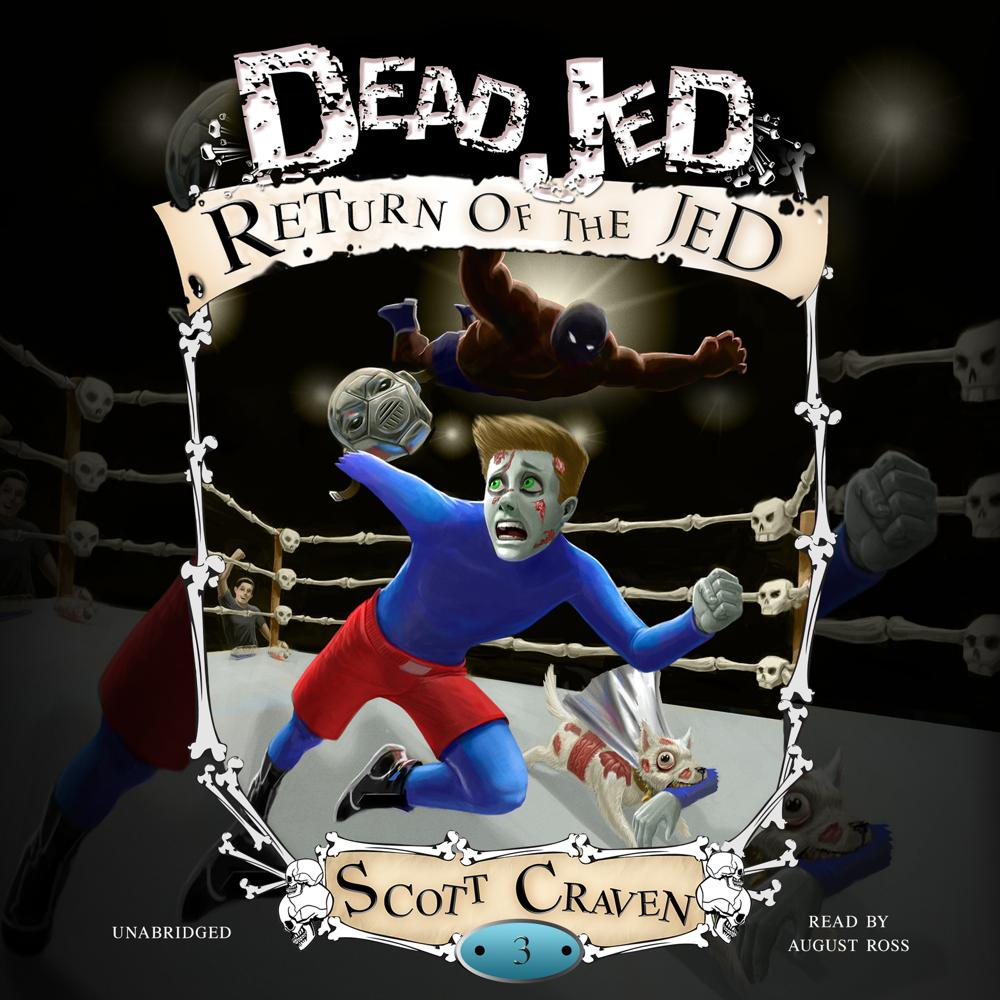 With seventh grade behind him, Jed jumps at the opportunity to spend the summer in Mexico with his dad. But there’s just one catch: Luke and Tread get to tag along.

In Mexico, fitting in might be easier than Jed imagined, with holidays such as Día de los Muertos (Day of the Dead). Here, a rising eighth grade zombie boy and his zombie dog won’t draw that much attention.

But then Tread unwittingly sets off Mexico’s Chupacabra Defense Network and Jed accidentally collides with a bus. So much for blending in. The unusual pair catch the eye of a professional wrestler, who challenges Jed to a fight!

Their antics manage to capture the attention of a doctor whose knowledge of the undead causes Jed to question his very existence. Is this the answer Jed’s been hoping for since his parents sat him down for the “you’re a zombie” talk? Jed may have finally found a way to be normal, but at what cost?