General and the Genius
James Kunetka 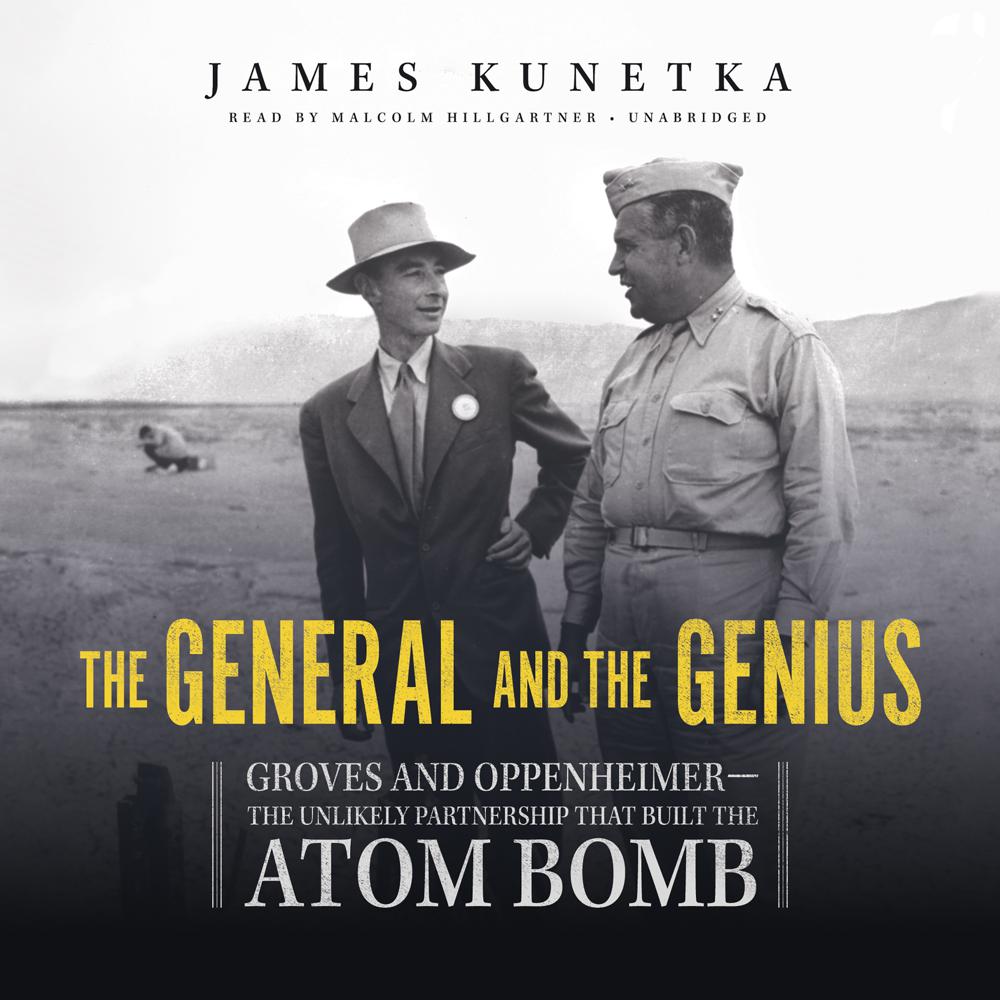 With a blinding flash in the New Mexico desert in the summer of 1945, the world was changed forever. The bomb that ushered in the atomic age was the product of one of history’s most improbable partnerships. The General and the Genius reveals how two extraordinary men pulled off the greatest scientific feat of the twentieth century.

Leslie Richard Groves of the Army Corps of Engineers, who had made his name by building the Pentagon in record time and under budget, was made overlord of the impossibly vast scientific enterprise known as the Manhattan Project. His mission: to beat the Nazis to the atomic bomb. So he turned to the nation’s preeminent theoretical physicist, J. Robert Oppenheimer—the chain-smoking, martini-quaffing son of wealthy Jewish immigrants, whose background was riddled with communist associations—Groves’ opposite in nearly every respect. In their three-year collaboration, the iron-willed general and the visionary scientist led a brilliant team in a secret mountaintop lab and built the fearsome weapons that ended the war but introduced the human race to unimaginable new terrors. And at the heart of this most momentous work of World War II is the story of two extraordinary men—the general and the genius.

“Kunetka highlights the unlikeliness of their positive relationship and attributes it to the qualities they shared…He also simplifies the physics to be understandable to lay readers. This is an entertaining and informative account of a time of great tension, great discovery, and great accomplishment.”

“A wonderful book that captures the creative tension at Los Alamos National Laboratory between 1943 and 1945. Verdict: This valuable dual biography of two exceptional men is a worthy addition to the ever-expanding literature on the development of the atomic bomb. Recommended for all collections.”

“A fascinating look at one of the pivotal moments in both military and human history, and Kunetka deftly weaves together science, politics, and personal color to bring to life the extraordinary circumstances facing his subjects…An accessible and expansive look at the development of the atom bomb.”

“Narrator Malcolm Hillgartner’s timbre, intonation, and clarity suggest those of a radio announcer from the early twentieth-century period in which these events take place…Hillgartner’s delivery is confident and direct as General Groves advocates a no-nonsense military approach and Professor Oppenheimer focuses on the minute scientific details.”