In the Courtyard of the Kabbalist
Ruchama King Feuerman 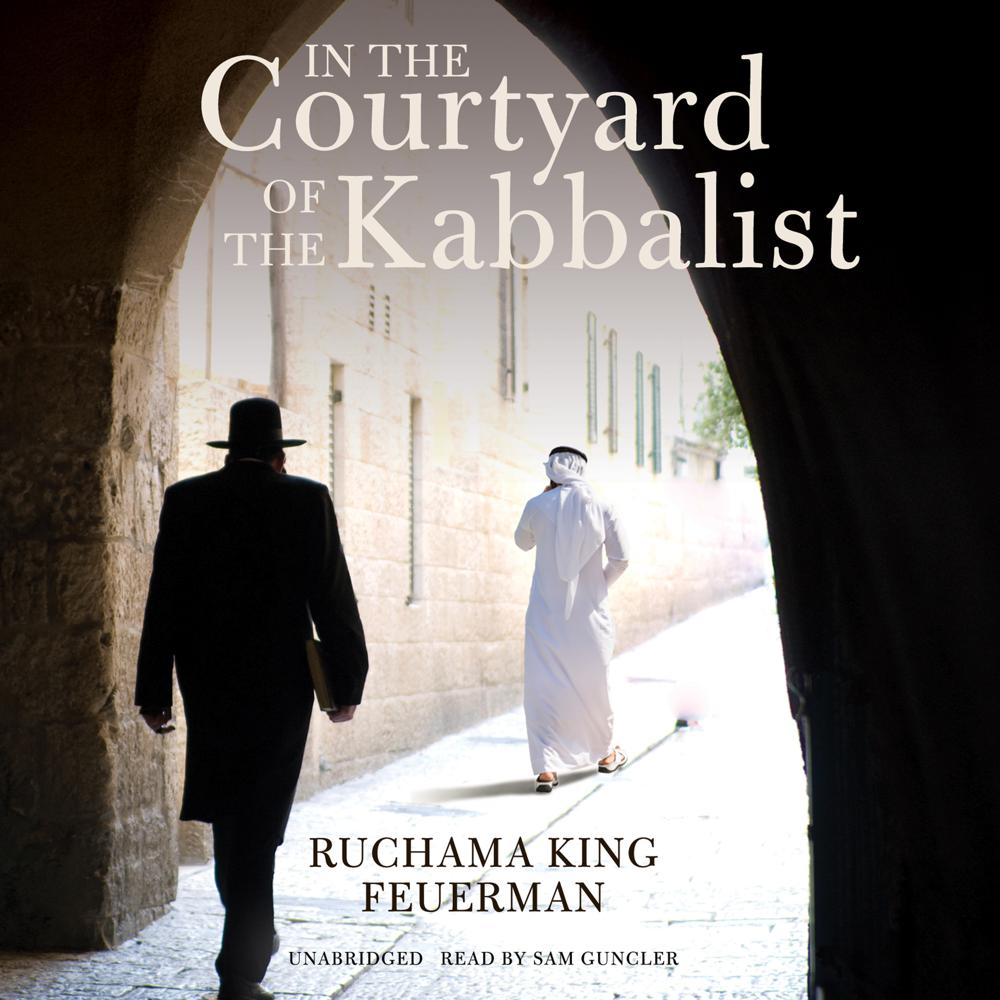 Isaac Markowitz, an eczema-riddled Lower East Side haberdasher, moves to Israel to repair his broken heart and becomes, much to his own surprise, the assistant to a famous old rabbi who dispenses wisdom (and soup) to the troubled souls who wash up in his courtyard. It is there that he meets the flame-haired Tamar, a newly religious young American hipster on a mission to live a spiritual life with a spiritual man. Into both of their lives comes Mustafa, a devout Muslim who, deformed at birth, makes his living as a janitor on the Temple Mount, holy to both Muslims and Jews. When Mustafa finds an ancient shard of pottery that may date back to the first temple, he brings it to Isaac as a token of friendship. That gesture sets in motion a series of events that lands Isaac in the company of Israel’s worst criminal riffraff, puts Mustafa in mortal danger, and leaves Tamar struggling to save them both.

As these characters—immigrants and natives, Muslim and Jewish, prophets and lost souls—move through their world, they are never sure if they will fall prey to the cruel tricks of luck or be sheltered by a higher power.

“In the Courtyard of the Kabbalist is a beautifully written, emotionally evocative novel enriched by fascinating characters and an unparalleled portrait of the magical city that is Jerusalem.”

“A sophisticated and engaging book. It treats an endlessly tangled topic…with intelligence and originality.”

“Feuerman’s novel has the most vivid, alive characters.”

“A beguiling novel…Feuerman writes with grace and wit.”

“A testament to the power of the imagination…a rare talent.”

“The unlikely friendship of an intellectual New York Jew and a working-class Jerusalem Arab drives Feuerman’s evocative second novel…[Jerusalem] itself emerges as a character…depicted with a lyricism that contrasts with the area’s political tension…[The] story unfolds as a belated coming-of-age tale…[written in a] quiet, lovely mood.”

“With its colorful and believable cast of characters, this book is a hearty and flavorful chicken soup to warm the spirits of anyone interested in a close-up, folksy read about Middle Eastern society with all its blemishes and hopes.”

“In her irresistible novel In the Courtyard of the Kabbalist, Ruchama King Feuerman writes with such contagious affection for her characters that they’re likely to supplant your own family until you finish the book. Her Jerusalem, riven though it is by tensions between the sacred and profane, remains an intoxicating place, where diffident lovers inhabit an atmosphere as romantically charged as the Song of Songs.”