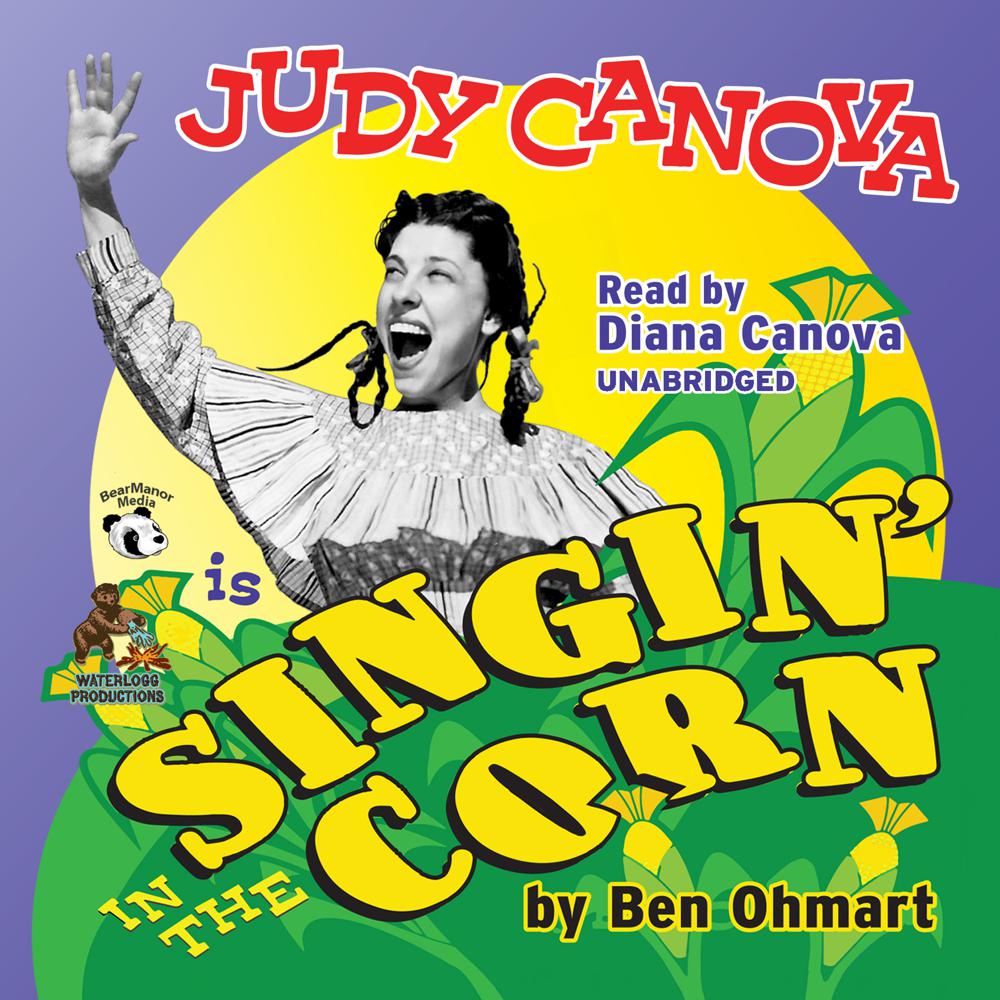 Diana Canova delightfully reads Singin’ in the Corn!, the biography of her mother, Judy Canova.

Judy Canova was a popular American comedienne, actress, singer, and radio personality who appeared on Broadway and in films.

The popularity of the Canova family led to numerous performances on radio in the 1930s, and they made their Broadway debut in the revue Calling All Stars. During her career, Judy recorded for the RCA Victor label and appeared in more than two dozen Hollywood films, including Scatterbrain (1940), Joan of Ozark (1942), and Lay That Rifle Down (1955). In 1943 she began her own radio program, The Judy Canova Show, which ran for twelve years.

Teeming with family interviews and Canova’s own writing, Singin’ in the Corn! is the only book that will ever need to be written about “everyone’s favorite rube.”