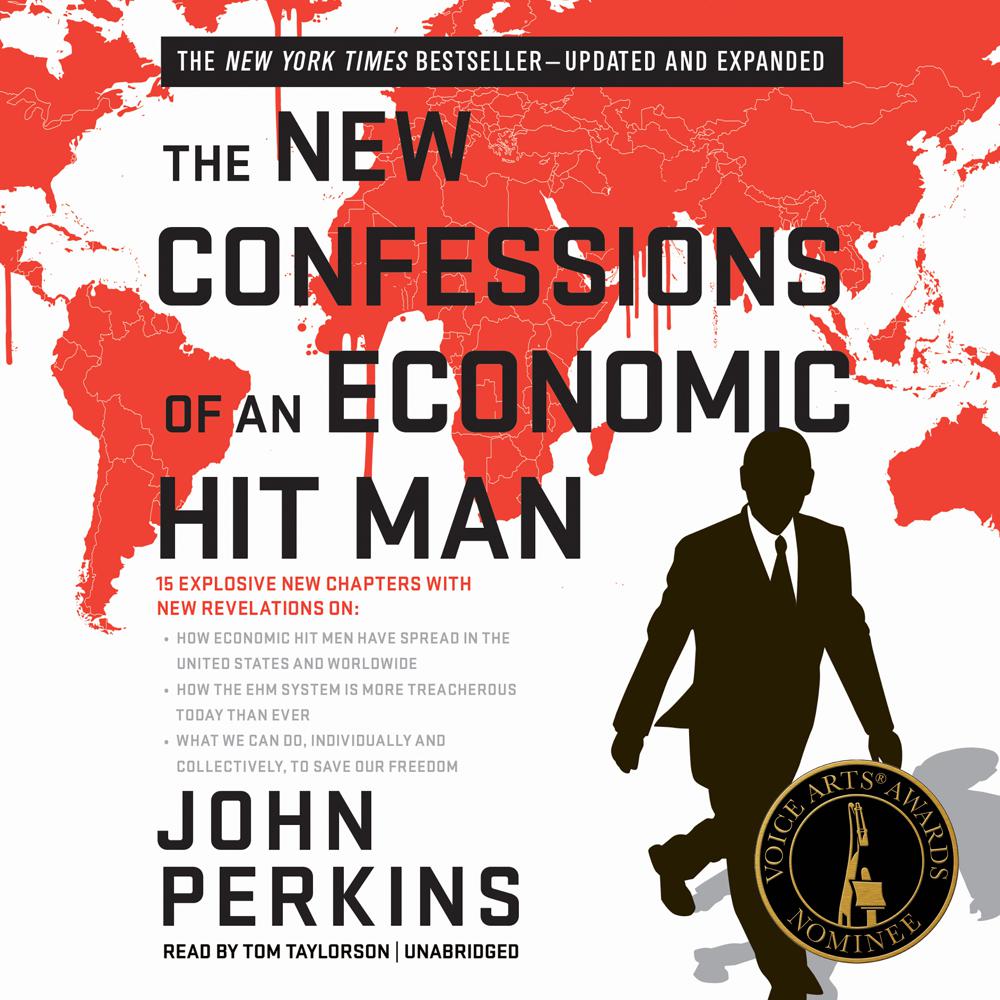 Shocking bestseller: the original version of this astonishing tell-all book spent seventy-three weeks on the New York Times bestseller list, has sold more than 1.25 million copies, and has been translated into thirty-two languages.

New revelations: featuring fifteen explosive new chapters, this expanded edition of Perkins’ classic bestseller brings the story of economic hit men (EHMs) up to date and, chillingly, home to the US. Over forty percent of the book is new, including chapters identifying today’s EHMs and a detailed chronology extensively documenting EHM activity since the first edition was published in 2004.

Former economic hit man John Perkins shares new details about the ways he and others cheated countries around the globe out of trillions of dollars. Then he reveals how the deadly EHM cancer he helped create has spread far more widely and deeply than ever in the United States and everywhere else—to become the dominant system of business, government, and society today. Finally, he gives an insider view of what we each can do to change it.

Economic hit men are the shock troops of what Perkins calls the corporatocracy, a vast network of corporations, banks, colluding governments, and the rich and powerful people tied to them. If the EHMs can’t maintain the corrupt status quo through nonviolent coercion, the jackal assassins swoop in. The heart of this book is a completely new section, over 100 pages long, that exposes the fact that all the EHM and jackal tools—false economics, false promises, threats, bribes, extortion, debt, deception, coups, assassinations, unbridled military power—are used around the world today exponentially more than during the era Perkins exposed over a decade ago.

The material in this new section ranges from the Seychelles, Honduras, Ecuador, and Libya to Turkey, Western Europe, Vietnam, China, and, in perhaps the most unexpected and sinister development, the United States, where the new EHMs—bankers, lobbyists, corporate executives, and others—“con governments and the public into submitting to policies that make the rich richer and the poor poorer.”

But as dark as the story gets, this reformed EHM also provides hope. Perkins offers a detailed list of specific actions each of us can take to transform what he calls a failing Death Economy into a Life Economy that provides sustainable abundance for all.

“A true story that reads like a page-turning novel.”

“Conspiracy buffs are most likely to enjoy this updated version of a memoir that was a surprise bestseller in 2004 This revised version, he states, was written to answer the thousands of emails he received from readers interested in what they could do to resist.”

“The New Confessions offers deep insights into the nefarious ways economic hit men and jackals have expanded their powers. It shows how they came home to roost in the United States—as well as the rest of the world. It is a brilliant and bold book that illuminates the crises we now face and offers a road map to stop them.”

“I loved Confessions of an Economic Hit Man. Ten years ago it exposed the real story. The New Confessions tells the rest of that story—the terrible things that have happened since and what we all can do to turn a death economy into a life economy.”

“When I read Confessions of an Economic Hit Man, I could not have known that, some years later, I would be on the receiving end of the type of ‘economic hit’ that Perkins so vividly narrated. The New Confessions resonates with my experiences of the brutish methods and gross economic irrationality guiding powerful institutions in their bid to undermine democratic control over economic power. Perkins has, once again, made a substantial contribution to a world that needs whistle-blowers to open its eyes to the true sources of political, social, and economic power.”