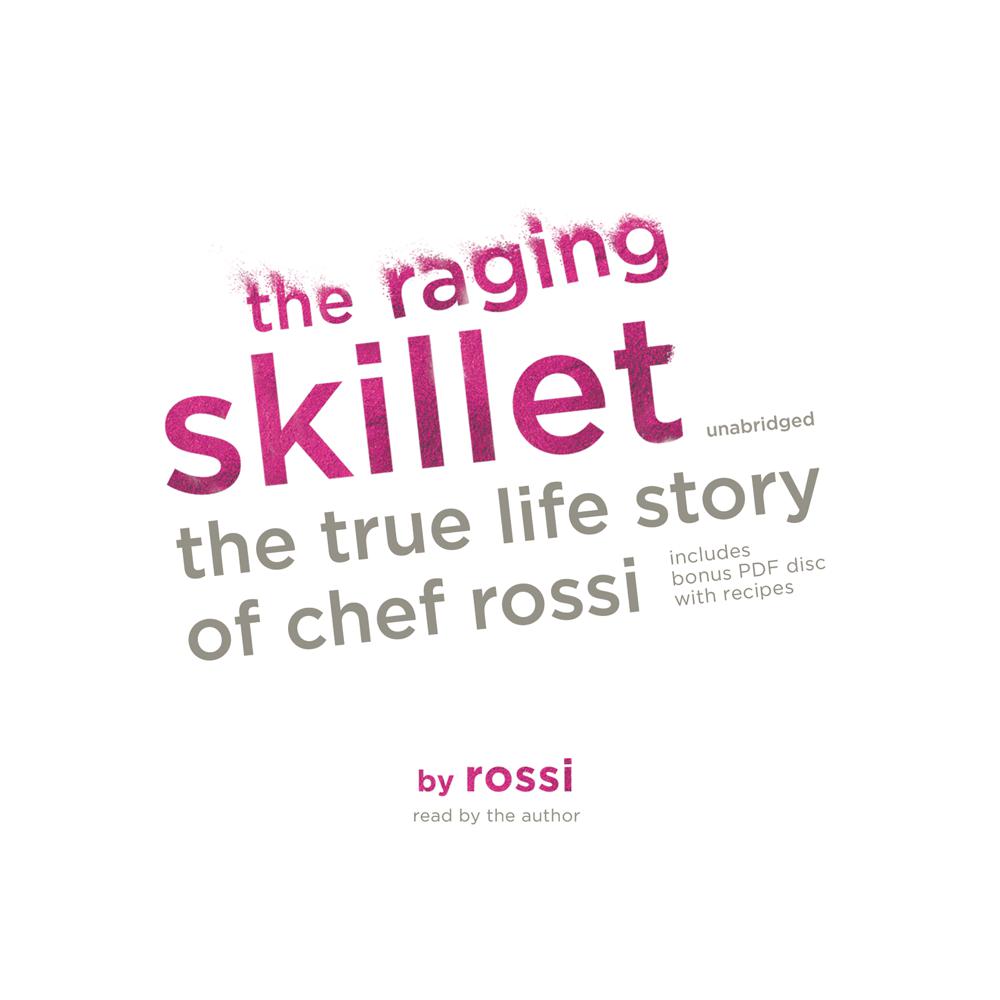 An outsider within her Jersey Shore family, Chef Rossi finds a home for her punk sensibilities inside the kitchen.

When their high-school-age, punk, runaway daughter is found hosting a Jersey Shore hotel party, Rossi’s parents feel they have no other choice: they ship her off to live with a Hasidic rabbi in Crown Heights, Brooklyn. Within the confines of this restrictive culture, Rossi’s big-city dreams take root. Once she makes her way to Manhattan, Rossi’s passion for cooking, which first began as a revolt against the microwave, becomes her life mission.

The Raging Skillet is one woman’s story of cooking her way through some of the most unlikely kitchens in New York City—at a “beach” in Tribeca, an East Village supper club, and a makeshift grill at Ground Zero in the days immediately following 9/11. Forever writing her own rules, Rossi ends up becoming the owner of one of the most sought-after catering companies in the city. This heartfelt, gritty, and hilarious memoir shows us how the creativity of the kitchen allows us to give a nod to where we come from, while simultaneously expressing everything that we are.

“[A] juicy memoir about growing up, becoming a chef, and working as New York’s most unconventional wedding caterer. In chapter after delicious chapter, Rossi pairs bold personal essays with the recipes that play a role in them—like the Snickers-and-potato-chip casserole she made for her stoner friends as a rebellious teen, and the vanilla-infused shrimp she once made for Vanilla Ice. Bursting with gourmet goodness, The Raging Skillet is a toothsome read sure to have you clamoring for seconds.”

“No chef memoir has ever made me both laugh and cry, but this one did. I fell in love with Chef Rossi, her Orthodox Jewish Jersey family, and her unpretentious, creative way with food. Badass, heartfelt, hilarious.”

“This witty and candid memoir documents the author’s process of defining her art, sexuality, and palate. It explores the kitchens and experiences that cemented the young chef’s creative and egalitarian approach…With an insightful and irreverent voice, Rossi’s debut is well suited for foodies, feminists, and creative revolutionaries.”

“A fun ride through the wild life of Chef Rossi. Her memoir is sweet, salty, and, ultimately, delicious.”

“I laughed out loud reading The Raging Skillet. An awesome, thoughtful book full of characters I feel like I’ve always known.”

“Each of the author’s stories is well-rounded, redolent of salty sweat, sweet love, and the joy of food. The inclusion of numerous recipes related to each narrative is an added garnish to an already satisfying meal. A humorous and witty chronicle of a woman’s pulling-herself-up-by-her-bootstraps rise through the culinary ranks.”