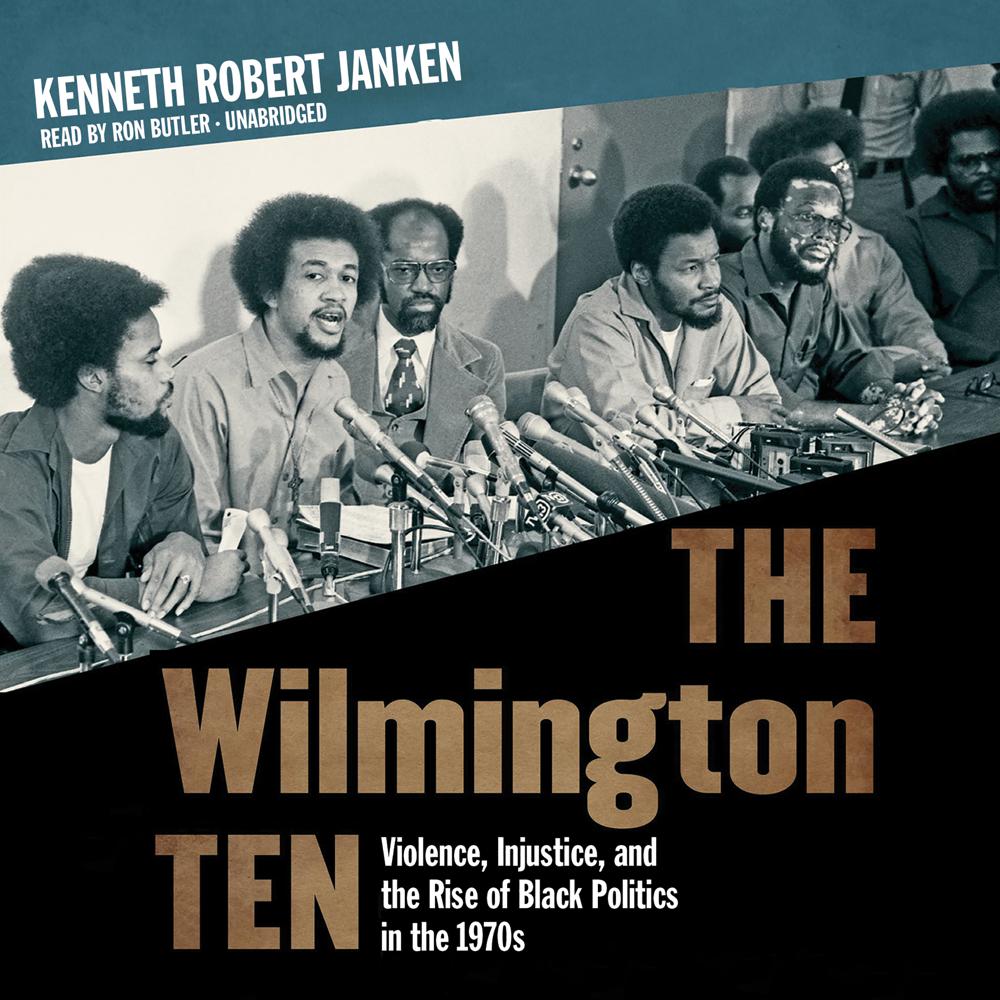 In February 1971 racial tension surrounding school desegregation in Wilmington, North Carolina, culminated in four days of violence and skirmishes between white vigilantes and black residents. The turmoil resulted in two deaths, six injuries, more than $500,000 in damage, and the firebombing of a white-owned store, before the National Guard restored uneasy peace. Despite glaring irregularities in the subsequent trial, ten young persons were convicted of arson and conspiracy and then sentenced to a total of 282 years in prison. They became known internationally as the Wilmington Ten. A powerful movement arose within North Carolina and beyond to demand their freedom, and after several witnesses admitted to perjury, a federal appeals court, also citing prosecutorial misconduct, overturned the convictions in 1980.

Kenneth Janken narrates the dramatic story of the Ten, connecting their story to a larger arc of Black Power and the transformation of post–civil rights–era political organizing. Grounded in extensive interviews, newly declassified government documents, and archival research, this book thoroughly examines the events of 1971 and the subsequent movement for justice that strongly influenced the wider African American freedom struggle.

“Janken re-creates in meticulous detail a trial that became a cause célèbre in the 1970s…Younger readers may be most surprised by the blatant racism expressed by some of the court officials…The subject matter is fascinating, and it’s illustrative of how far Americans still have to go in bridging our society’s divisions.”

“A new look at the injustice visited on a group of African American high school students engaged in the battle for desegregation in the public schools…A passionate, intensely engaging portrait of the group’s initial mission, as well as the terrible personal lifelong toll the struggle took.”

“Janken’s account of racial injustice in North Carolina proves even more enlightening through Ron Butler’s powerful narration…With a deep voice and deliberate tone, Butler guides listeners through the events and differing points of view…His emotional distance allows listeners to focus on the substance of the firsthand accounts.”

“Janken provides us unique insights into one of the many violent battles in America’s misrepresented racial war of the 1960s and 1970s—a war that has quieted but not ended.”

“A riveting and important study of injustice in the modern South…This is an unflinching work of history that makes a tremendously important contribution.”

“Janken provides the reader with a riveting, important account of a sorely understudied episode in the black freedom movement of the early to mid 1970s. The Wilmington Ten is likely to become a transformative work in the area of black freedom studies.”