We Are All Stardust
Stefan Klein 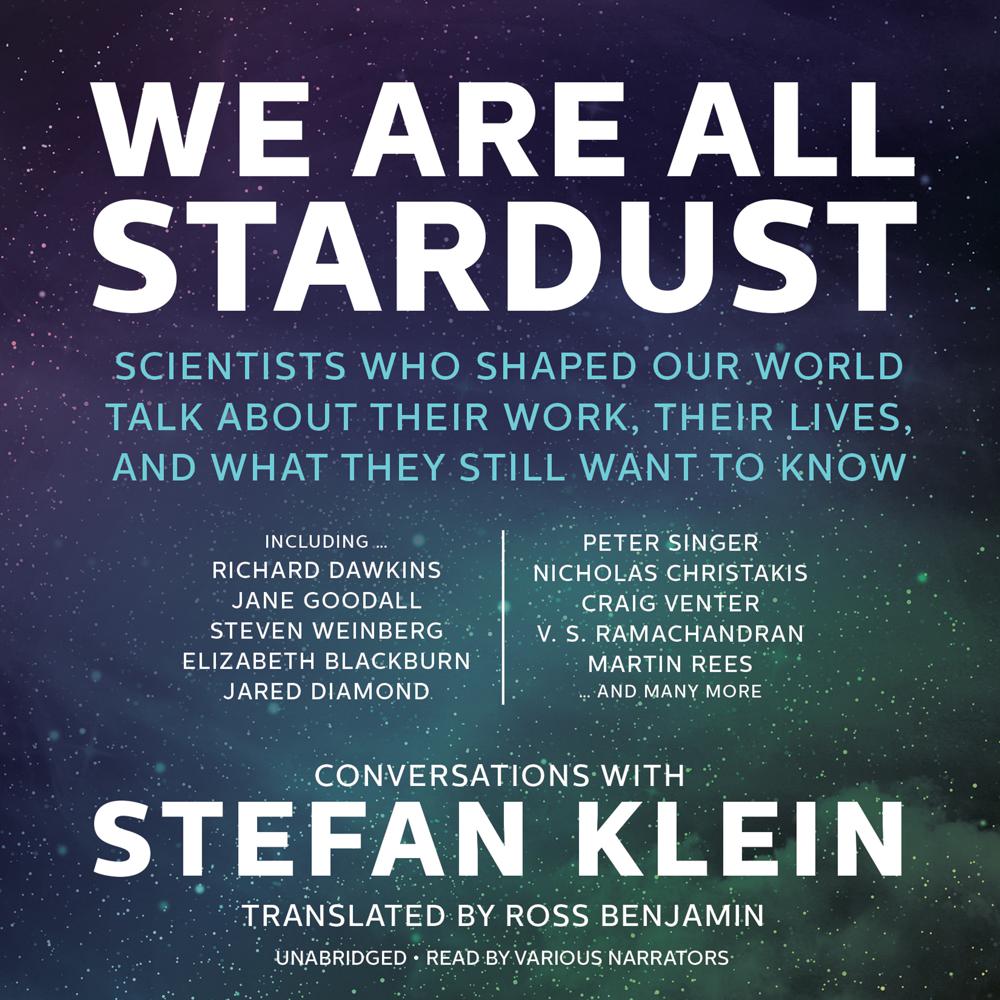 A sterling roster of natural and social scientists in conversation with top-flight journalist Stefan Klein—shedding new light on their work, their lives, and what they still hope to discover

When acclaimed science writer Stefan Klein asks Nobel Prize–winning chemist Roald Hoffmann what sets scientists apart, Hoffmann says, “First and foremost, curiosity.” In this collection of intimate conversations with nineteen of the world’s best-known scientists (including three Nobel Laureates), Klein lets us listen in as today’s leading minds reveal what they still hope to discover—and how their paradigm-changing work entwines with their lives outside the lab.

From the sports car that physicist Steven Weinberg says helped him on his quest for “the theory of everything” to the jazz musicians who gave psychologist Alison Gopnik new insight into raising children, these scientists explain how they find inspiration everywhere.

Hear from renowned scientists including:

“A very welcome volume that will expose readers to all manner of topics that are likely new to them in a manner that focuses first on the lively personalities of the scientists while slowly diving into their work. Surprises abound…and the book’s diversionary aspect cannot be overrated. Truly enjoyable.”