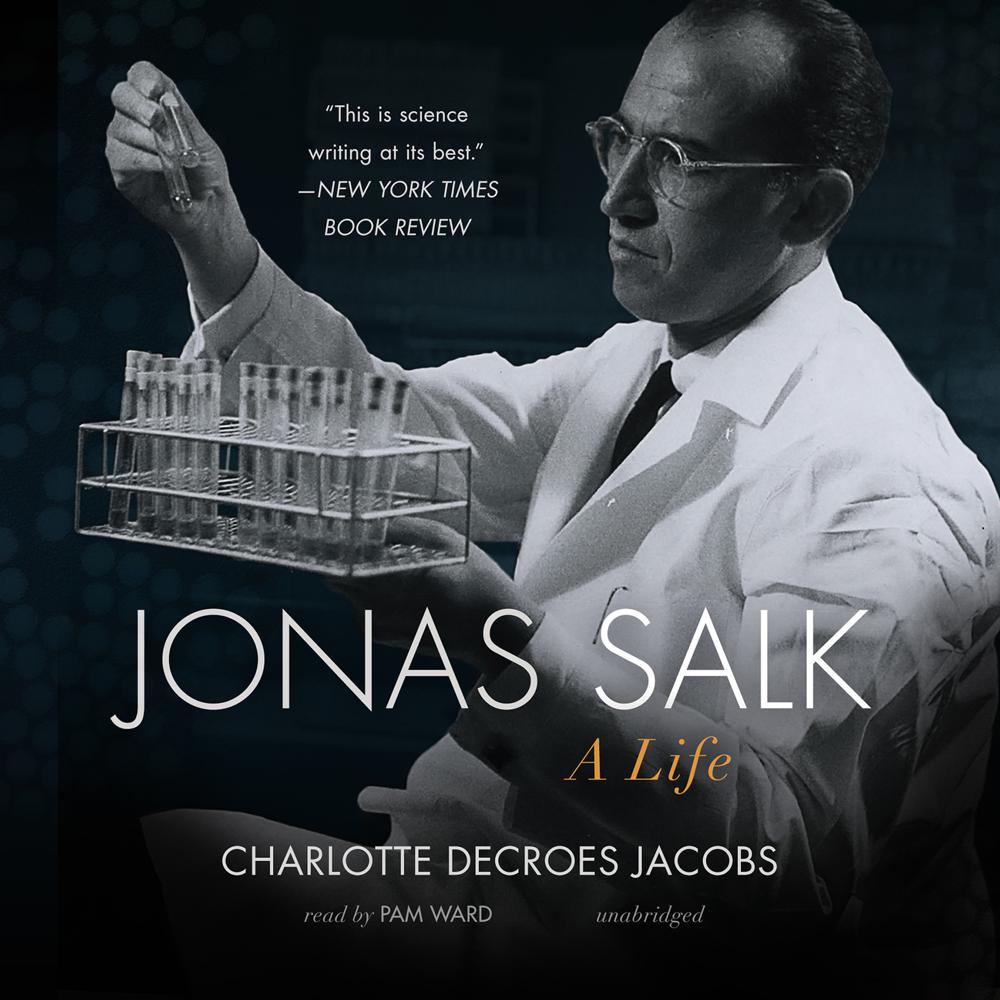 When a waiting world learned on April 12, 1955, that Jonas Salk had successfully created a vaccine to prevent poliomyelitis, he became a hero overnight. Born in a New York tenement, humble in manner, Salk had all the makings of a twentieth-century icon—a knight in a white coat. In the wake of his achievement, he received a staggering number of awards and honors; for years his name ranked with Gandhi and Churchill on lists of the most revered people. And yet the one group whose adulation he craved—the scientific community—remained ominously silent. “The worst tragedy that could have befallen me was my success,” Salk later said. “I knew right away that I was through—cast out.”

In the first complete biography of Jonas Salk, Charlotte DeCroes Jacobs unravels Salk’s story to reveal an unconventional scientist and a misunderstood and vulnerable man. Despite his incredible success in developing the polio vaccine, Salk was ostracized by his fellow scientists, who accused him of failing to give proper credit to other researchers and scorned his taste for media attention. Even before success catapulted him into the limelight, Salk was an inscrutable man disliked by many of his peers. Driven by an intense desire to aid mankind, he was initially oblivious and eventually resigned to the personal cost—as well as the costs suffered by his family and friends. And yet Salk remained, in the eyes of the public, an adored hero.

Based on hundreds of personal interviews and unprecedented access to Salk’s sealed archives, Jacobs’ biography offers the most complete picture of this complicated figure. Salk’s story has never been fully told; until now, his role in preventing polio has overshadowed his part in codeveloping the first influenza vaccine, his effort to meld the sciences and humanities in the magnificent Salk Institute, and his pioneering work on AIDS. A vivid and intimate portrait, this will become the standard work on the remarkable life of Jonas Salk.

“This is science writing at its best.”

“Fills a gap worth filling.”

“Insightful…With an unerring sense of pace, Jacobs…relates the story of this complex man and his remarkable life as a scientific pioneer and a popular icon.”

“Along with Salk’s pre- and post-polio work on influenza vaccines and late-life engagement with AIDS, those achievements and frustrations are the meat of Jacobs’ engrossing, humane, and, like its subject, valorously modest biography.”

“An extraordinarily rich biography of the doctor Americans adored and all but regarded as a saint…Jacobs makes a convincing case that Salk was a shy man who never succeeded in making the scientific or personal connections that could bring happiness, but his idealism proved a boon to mankind.”

“A treasure trove of facts and stories…Recommended to readers of scientific biographies and those interested in the practice of science in America.”

“Pam Ward offers an engaging narration of this portrait of Salk. The author’s journalistic style is eminently suited to audio. Direct quotations are generally short, and attributions are unobtrusive yet effective. For newspaper headlines, Ward lowers the pitch of her voice and adopts a tone of solemnity that is quite effective…Scientific terms are used sparingly, and Ward handles them with ease.”