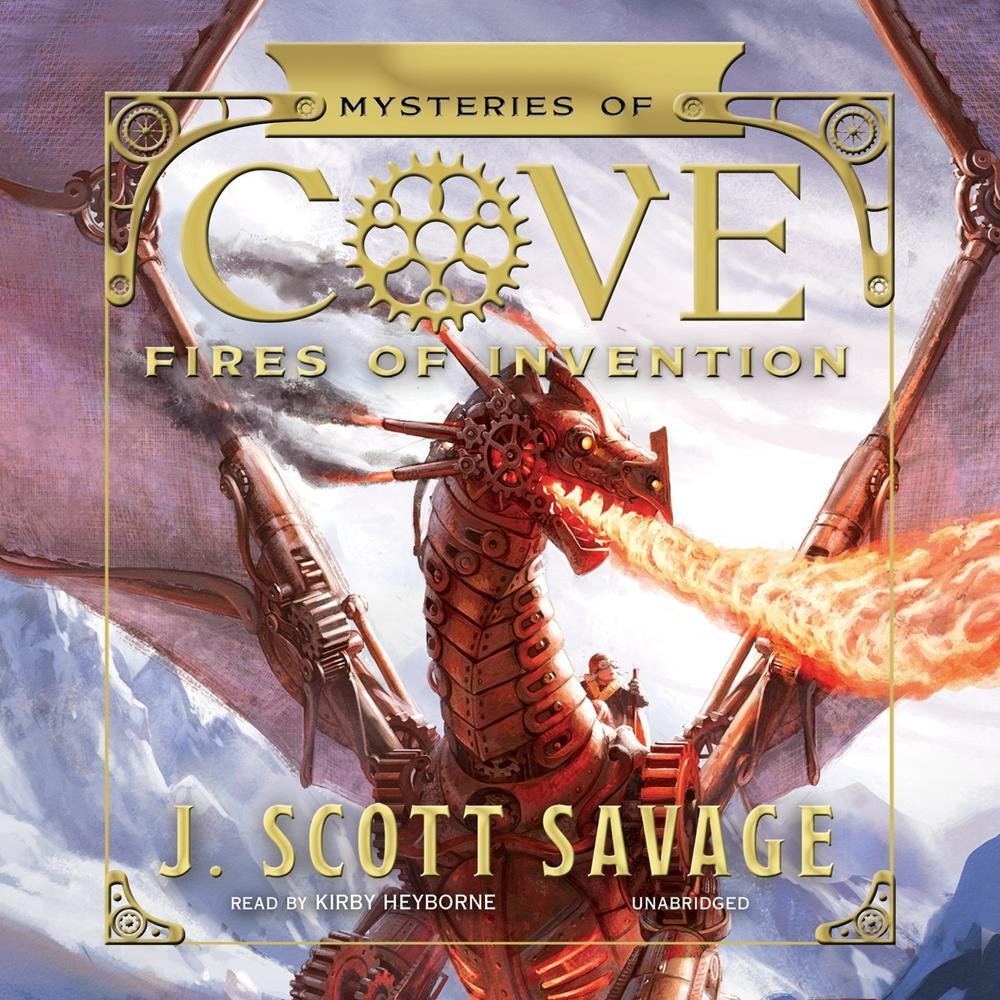 Trenton Colman is exceptionally creative with a knack for all things mechanical. But his talents are viewed with suspicion in Cove, a steam-powered city built inside a mountain. In Cove, creativity is a crime and “invention” is a curse word.

Kallista Babbage is a repair technician and daughter of the notorious Leo Babbage, who died in an explosion—an event the leaders of Cove point to as an example of the danger of creativity.

Working together, Trenton and Kallista learn that Leo Babbage was developing a secret project before he perished. Following clues he left behind, they begin to assemble a strange machine that is unlike anything they’ve ever seen before. They soon discover that what they are building may threaten every truth their city is founded on—and quite possibly their very lives.

“An amazing adventure that will grab hold of you and never let go. With each surprising turn, the story builds a powerful story of courage, adventure, and friendship.”

“Savage has created an ingenious steampunk world…Trenton will be a firm friend to any readers who long to use their talents to make their world better.”

“Savage’s novel is clearly the first in a series and includes likable characters, themes of friendship and self-discovery, and enough mechanical parts to thrill the nerdiest science readers…Readers who like their dystopias flavored with steam engines will like what they find.”

“With fascinating and relatable characters, amazing mysteries, and incredible amounts of conflict, Fires of Invention is well-written and chock full of action. Kids are going to go crazy for this book!”