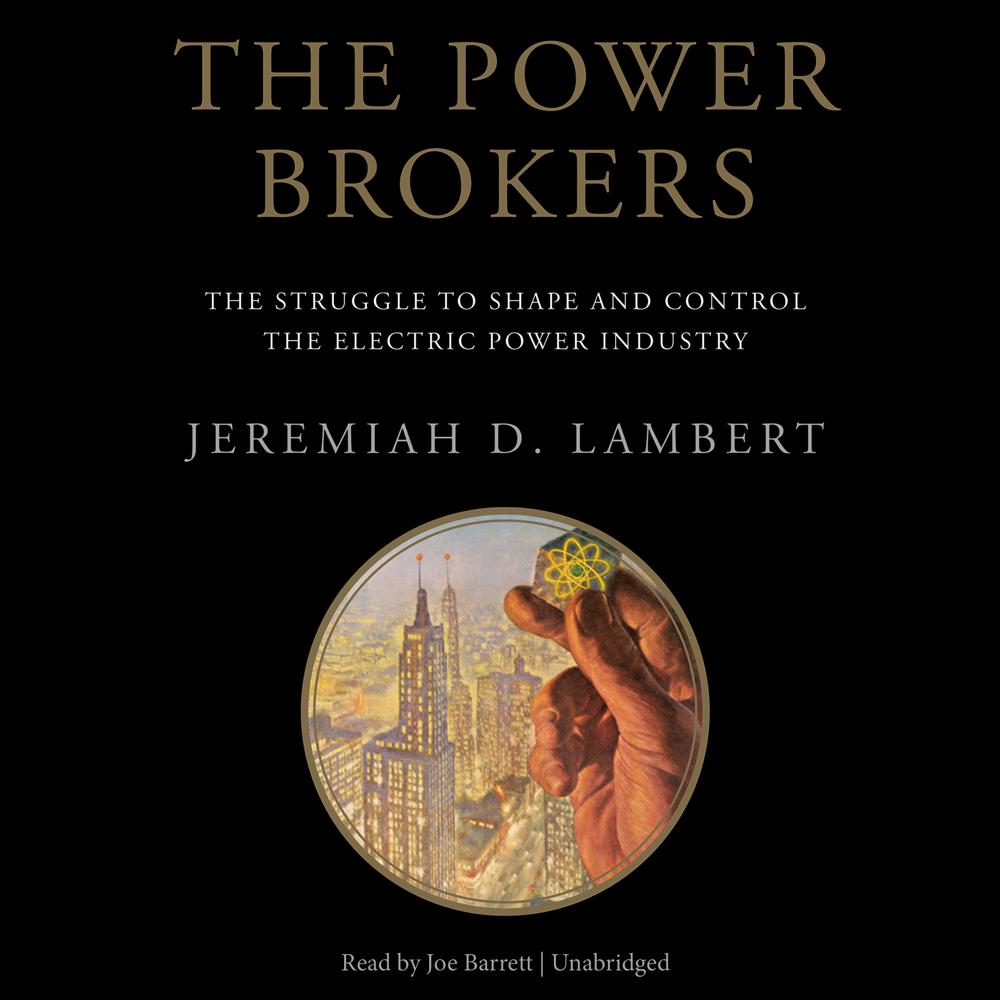 For more than a century, the interplay between private, investor-owned electric utilities and government regulators has shaped the electric power industry in the United States. Provision of an essential service to largely dependent consumers invited government oversight and ever more sophisticated market intervention. The industry has sought to manage, co-opt, and profit from government regulation. In The Power Brokers, Jeremiah Lambert maps this complex interaction from the late nineteenth century to the present day.

Lambert’s narrative focuses on seven important industry players: Samuel Insull, the principal industry architect and prime mover; David Lilienthal, chairman of the Tennessee Valley Authority (TVA), who waged a desperate battle for market share; Don Hodel, who presided over the Bonneville Power Administration (BPA) in its failed attempt to launch a multiplant nuclear power program; Paul Joskow, the MIT economics professor who foresaw a restructured and competitive electric power industry; Enron’s Ken Lay, master of political influence and market-rigging; Amory Lovins, a pioneer proponent of sustainable power; and Jim Rogers, head of Duke Energy, a giant coal-fired utility threatened by decarbonization. Lambert tells how Insull built an empire in a regulatory vacuum and how the government entered the electricity marketplace by making cheap hydropower available through the TVA. He describes the failed overreach of the BPA, the rise of competitive electricity markets, Enron’s market manipulation, Lovins’ radical vision of a decentralized industry powered by renewables, and Rogers’ remarkable effort to influence cap-and-trade legislation.

Lambert shows how the power industry has sought to use regulatory change to preserve or secure market dominance and how rogue players have gamed imperfectly restructured electricity markets. Integrating regulation and competition in this industry has proven a difficult experiment.

“This book is a treasure trove of information about the development of our present-day electrical world in the US from its very beginnings in the immediate post-Edison era.”

“In The Power Brokers, Lambert develops an exquisite case for viewing the construction of state regulatory regimes as a fundamental activity in the creation of the electric power industry. He masterfully shows that the history of deregulation in the power sector was in fact the insertion of a regulated market into the power generation and distribution system. Indeed, Lambert’s book—presented in a wonderfully accessible biographical and straightforward historical style—is truly radical.”

“It’s imperative for the new generation of energy entrepreneurs to make sense of the forces that shaped today’s electricity system. Bravo to Jeremiah Lambert for providing both an intriguing and compelling narrative and giving the reader a fighting chance to understand its complex history through the larger-than-life players that shaped it.”