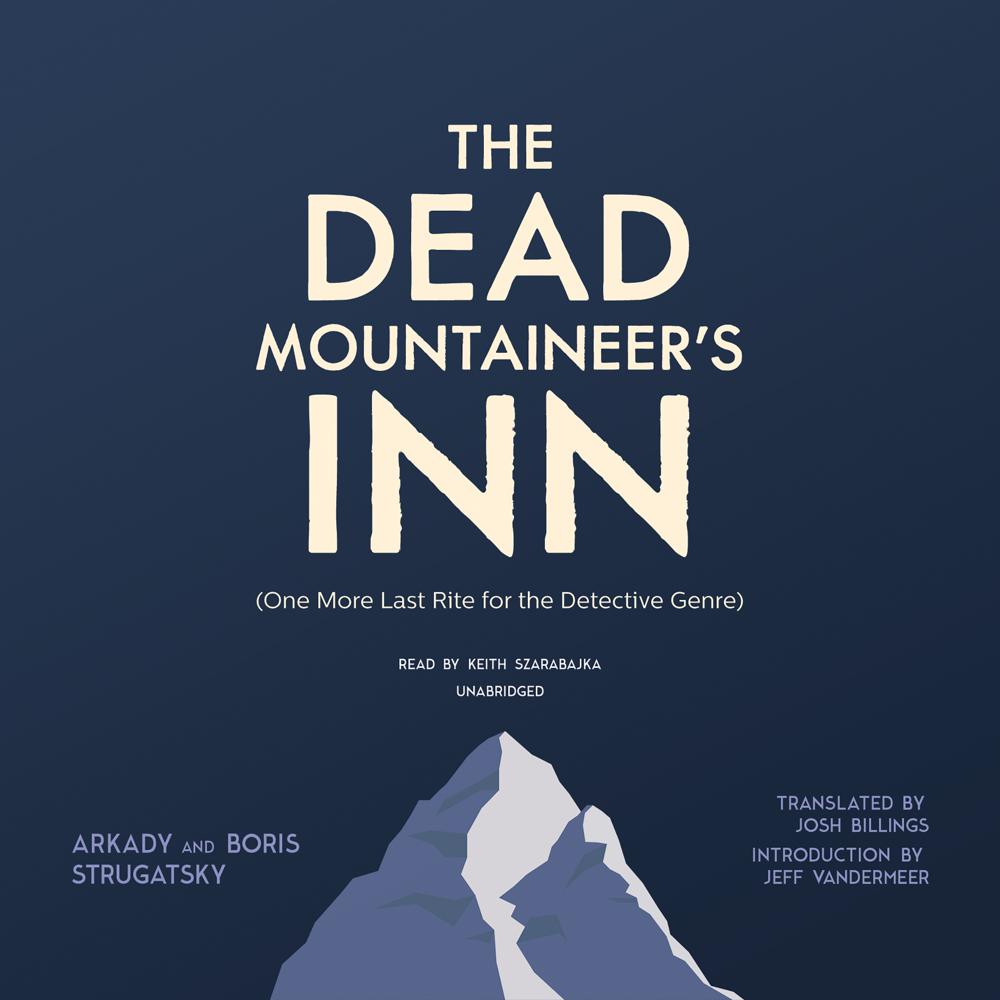 From the Russian masters of science fiction comes The Dead Mountaineer’s Inn, a hilarious spoof on the classic country-house murder mystery.

When Inspector Peter Glebsky arrives at a remote ski chalet on vacation, the last thing he intends to do is get involved in any police work. He’s there to ski, drink brandy, and loaf around in blissful solitude.

But he hadn’t counted on the other vacationers, an eccentric bunch, including a famous hypnotist, a physicist with a penchant for gymnastic feats, a sulky teenager of indeterminate gender, and the mysterious Mr. and Mrs. Moses. And as the chalet fills up, strange things start happening—things that seem to indicate the presence of another, unseen guest. Is there a ghost on the premises? A prankster? Something more sinister?

When an avalanche blocks the mountain pass and traps everyone in the chalet, the corpse is finally discovered. Glebsky’s vacation is over, and he’s embarked on the most unusual investigation he’s ever been involved with. In fact, the further he looks into it, the more Glebsky realizes that the victim may not even be human.

In this late novel from the legendary Russian sci-fi duo—here in its first-ever English translation—the Strugatskys gleefully upend the plot of many an Hercule Poirot mystery—and the result is much funnier and much stranger than anything Agatha Christie ever wrote.

“There’s enough dry humor to spark kindling…Delightful and melancholy by turns, and so satisfying to read.”

“Mysteries abound in this Russian science fiction classic written by two brothers as a send-up of the Agatha Christie–type upper-class murder mystery.”

“If Russian sci-fi can be said to have a soul, it resides with the Brothers Strugatsky…Delightful, and a must-read for a new generation of sci-fi fans everywhere.”

“This is the Strugatskys at their best, at once silly and dead serious…It’s a ripping good yarn, which translator Josh Billings has rendered with great energy and wit.”