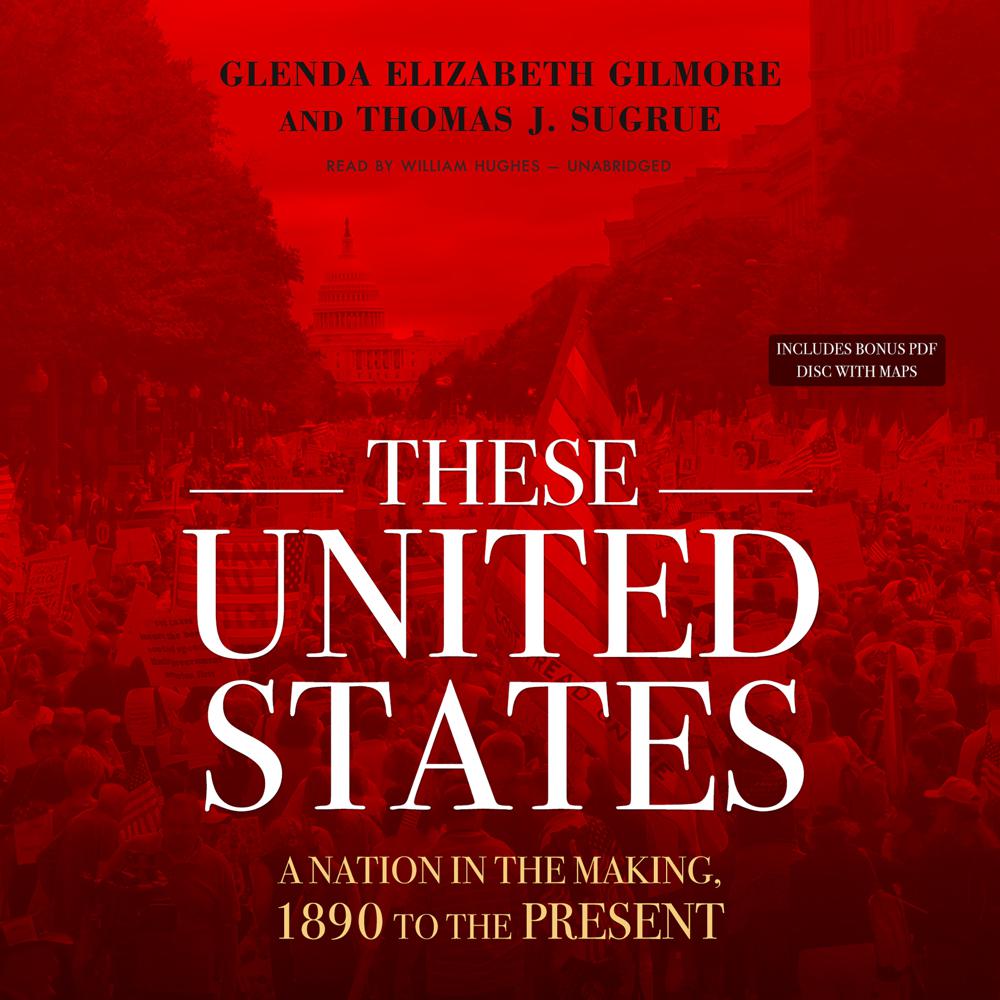 A powerful history of the making and unmaking of American democracy and global power, told in sweeping scope and intimate detail

In the winter of 1936, Franklin Roosevelt remarked in a fireside chat, “I do not look upon these United States as a finished product. We are still in the making.” Certainly apt in the midst of the Great Depression, the idea of a nation in the making still resonates today as we measure the achievements and shortcomings of our democracy. Over the twentieth century, Americans have worked, organized, marched, and fought to make the nation’s ideals a reality for all. This shared commitment to achieving an American democracy is the inspiring theme of These United States.

Acclaimed historians Glenda Elizabeth Gilmore and Thomas J. Sugrue forge the panoramic and the personal into an authoritative narrative. They give us insightful accounts of the century’s large events―war, prosperity, and depression; astute leadership and arrogant power; the rise and decline of a broad middle class. And they ground the history in the stories of everyday Americans such as William Hushka, a Lithuanian immigrant who makes and loses an American life; Stan Igawa, a Japanese-American who never doubts his citizenship despite internment during World War II; and Betty Dukes, a Wal-Mart cashier who takes on America’s largest corporation over wage discrimination.

The history begins and ends in periods of concentrated wealth, with immigration roiling politics and racial divisions flaring. Its arc over those hundred-plus years raises key questions: How far has our democracy come? Were the postwar decades of middle-class prosperity and global power a culmination of the American Century or the exception in a long history of economic and political division? Gilmore and Sugrue frame these questions by drawing the illuminating connections characteristic of the best historical writing.

“A solid, authoritative examination of a recognizable American nation.”

“Gilmore and Sugrue neatly distill more than 120 years of US history, focusing on two primary themes: economic inequality and racial injustice…The authors’ intimate portrayal of common Americans provides a poignancy that keeps readers interested…Sure to be enjoyed by those who appreciate Howard Zinn’s A People’s History of the United States.”

“A concise, thematic book of American history that underscores the constant, ongoing tug between the forces of self-interest and those of social responsibility…A terrifically accessible, up-to-date educational tool.”

“A pleasure to read, These United States offers a consistent interpretation of our history, explaining our strengths and the origins of our problems.”

“Ambitious, wise, and briskly told…Essential reading for anyone who cares about the course and fate of the nation.”

“Written by two of our most innovative historians, this beautifully realized volume stimulates thought, informs with great clarity, and advances the craft of historical synthesis.”