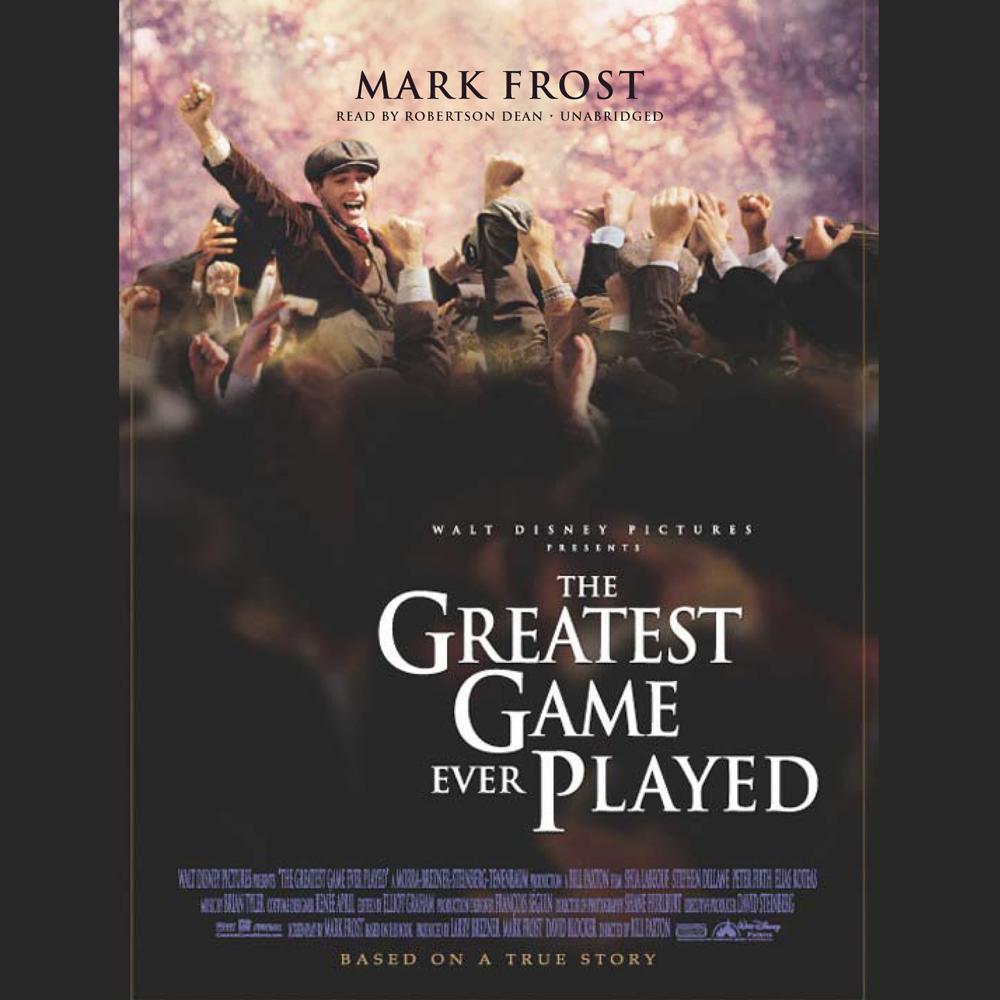 Francis Ouimet and Harry Vardon came from different worlds and different generations, but their passion for golf set them on parallel paths that would collide in the greatest match their sport had ever known. A young Massachusetts native, Francis was only three years removed from his youthful career as a lowly caddie. Harry was twice his age, the greatest British champion in history, and innovator of the modern grip and swing. Through exacting hard work, perseverance, and determination, Harry Vardon had escaped a hopeless life of poverty; the unknown Ouimet dared to dream of following in his hero’s footsteps. When the two men finally came together in their legendary battle at the 1913 US Open, its heart-stopping climax gave rise to the sport of golf as we know it today.

Weaving the stories of Ouimet and Vardon as his narrative, Mark Frost creates a uniquely involving, intimate epic that is equal parts sports biography, sweeping social history, and emotional human drama. The Greatest Game Ever Played is a must-listen for millions of sports and history fans—and all who have ever dared to reach for their dreams.

“Masterful storytelling…A must-read for the fanatical golfers among us, and a worthwhile trip through a largely forgotten era for the rest.”

“The most compelling sports book since Laura Hillenbrand’s bestselling Seabiscuit…Genuinely exciting, a marvelous re-creation of a signature moment in golf history.”

“An award-winning TV writer turned novelist Frost proves just as skilled at nonfiction in his affectionate recreation of the dramatic 1913 US Open Golf Championship…Throughout, Frost demonstrates a detailed knowledge of the different rules, equipment, and terminology used in 1913…Captivating entertainment.”

“All the page-turning excitement of a blockbuster novel.”