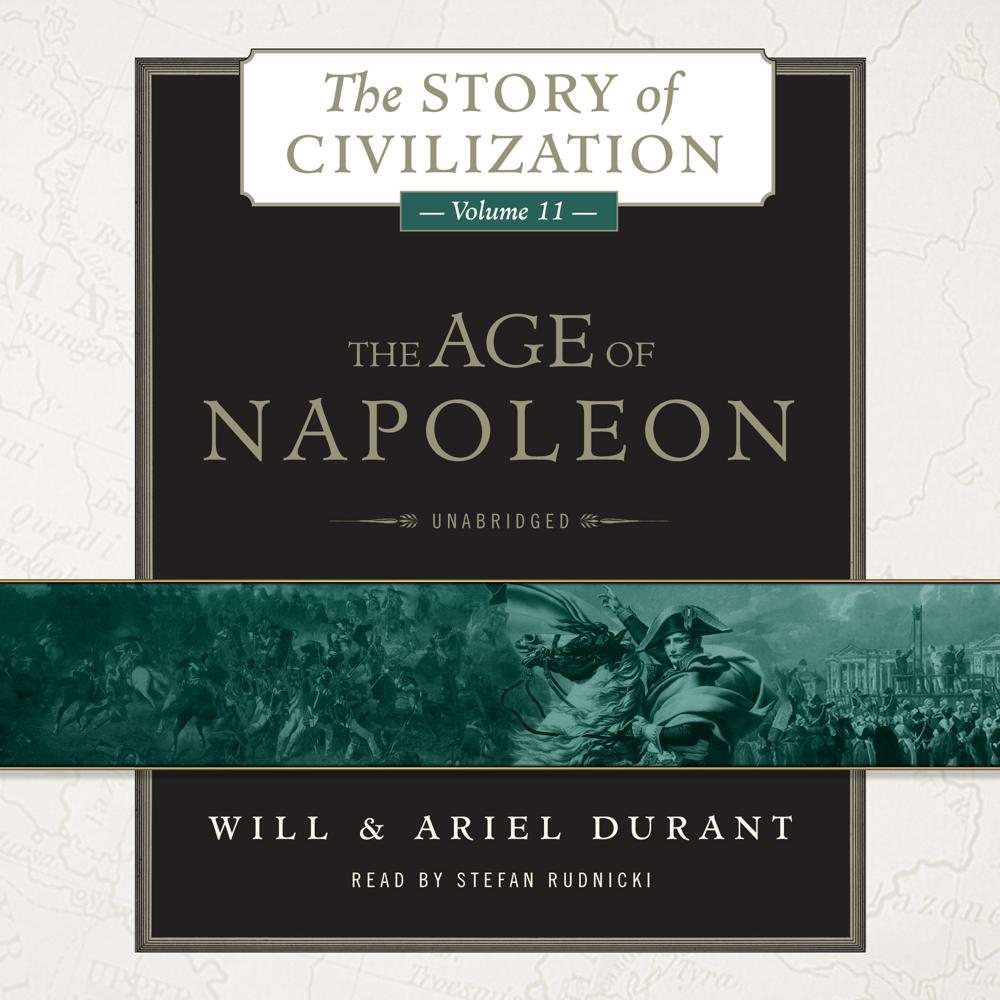 The Age of Napoleon, the eleventh and final volume of the Story of Civilization, surveys the amazing chain of events that wrenched Europe out of the Enlightenment and into the age of democracy. In this masterful work, listeners will encounter

the French Revolution—from the storming of the Bastille to the guillotining of the king; the revolution's leaders Danton, Desmoulins, Robespierre, Saint-Just—all cut down by the reign of terror they inaugurated; Napoleon's meteoric rise—from provincial Corsican military student to emperor and commander of the largest army in history; Napoleon's fall—his army's destruction in the snows of Russia, his exile to Elba, his escape and reconquest of the throne, and his ultimate defeat at Waterloo by the combined forces of Europe; the birth of Romanticism and the dawning of a new age of active democracy and a rising middle class, laying the foundation for a new era.

“[The Durants] are incapable of writing a dull book.”

“Their gifts are accuracy, clarity, and the organization of a huge amount of material into a lively narrative.”