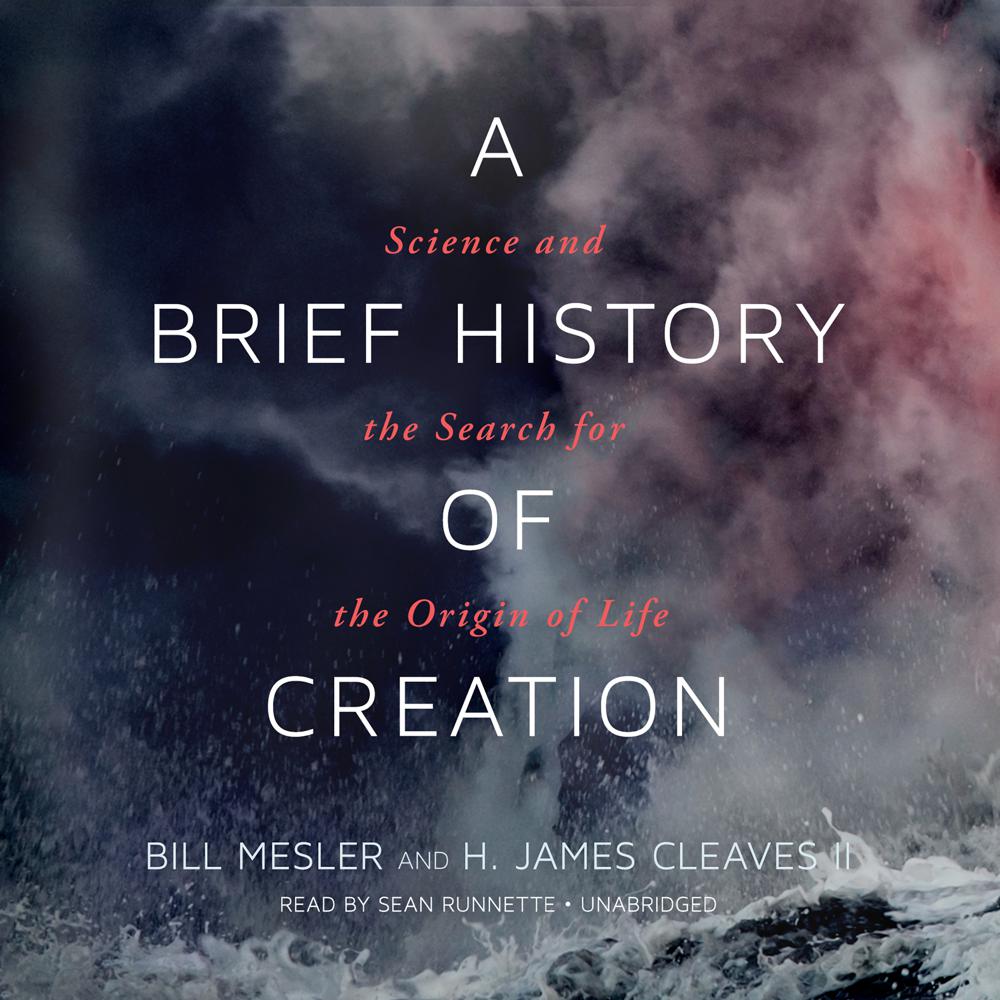 How did life begin?

It is perhaps the most important question science has ever asked. Over the centuries, the search for an answer has been entwined with some of science’s most revolutionary advances, including van Leeuwenhoek’s microscope, Darwin’s theory of evolution, and Crick and Watson’s unveiling of DNA. Now, in an age of genetic engineering and space exploration, some scientists believe they are on the verge of creating life from nonliving elements and that our knowledge of the potential for life on other planets is ever-expanding. In the midst of these exciting developments, A Brief History of Creation provides an essential and illuminating history of Western science, tracing the trials and triumphs of the iconoclastic scientists who have sought to uncover the mystery of how life first came to be.

Authors Bill Mesler and H. James Cleaves II examine historical discoveries in the context of philosophical debates, political change, and our evolving understanding of the complexity of biology. The story they tell is rooted in metaphysical arguments, in a changing understanding of the age of the earth, and even in the politics of the Cold War. It has involved exploration into the inner recesses of our cells and scientific journeys to the farthest reaches of outer space. This elegantly written narrative culminates in an analysis of modern models for life’s genesis, such as the possibility that some of the earliest life was composed of little more than RNA, and that life arose around deep-sea hydrothermal vents or even on other planets, only to be carried to the earth on meteorites.

Can we ever conclusively prove how life began? A Brief History of Creation is a fascinating exploration not only of the origin-of-life question but of the very nature of scientific objectivity and the process of scientific discovery.

“Mesler and Cleaves cover this long history in just under three hundred pages—and it’s an absorbing account. Along the way, A Brief History of Creation reveals as much about the process of science as it does about the puzzle of the origin of life. That’s no mean achievement.”

“The authors’ inclusion of an abundance of biographical and historical detail enriches both the science and the scientists. This lively, accessible book is recommended for science enthusiasts interested in origin of life issues and the history of science.”

“Journalist Mesler and chemist Cleaves explore how humans have contemplated life’s origins over the millennia, and the authors offer a cogent explanation of the best current thinking on the topic in this broad intellectual history…The last chapters take readers on a tour of current research that will both educate and entertain.”

“Readers see how Darwin’s own theory of life born in some ‘warm little pond’ has given way to theories focusing on organic freight in meteorites, on electrical storms in a primal methane atmosphere, and on thermal vents near deep-sea volcanoes. But nothing has accelerated research on biogenesis more than breakthroughs in genetics…[and] readers find themselves positioned to share in the intellectual excitement.”

“A history of science designed for general readers. They fill their account with dozens of fascinating characters…The authors not only present them as men of their times but bring them to life with anecdotes about their eccentricities, their debates, their successes, and their failures…Their narrative has a grand sweep and shows important figures with competing ideas amid evolving worldviews…A lively, highly readable jaunt through the world of science.“

“A well-written and lively account of the science and history behind one of the most fascinating questions in science―how animate matter emerged from inanimate matter―enriched by engaging portraits of the scientists involved and a feel for the very human scientific enterprise at work.”

“With fully accessible and engaging prose, artfully weaving history, philosophy, and science, Bill Mesler and H. James Cleaves II tell what is perhaps the greatest of all scientific stories, the quest to understand the origin of life.”

“A fascinating, fast-paced tour through the ages of how some of the greatest minds and characters in history have pondered one of the greatest questions in science…Rich, masterfully woven.”