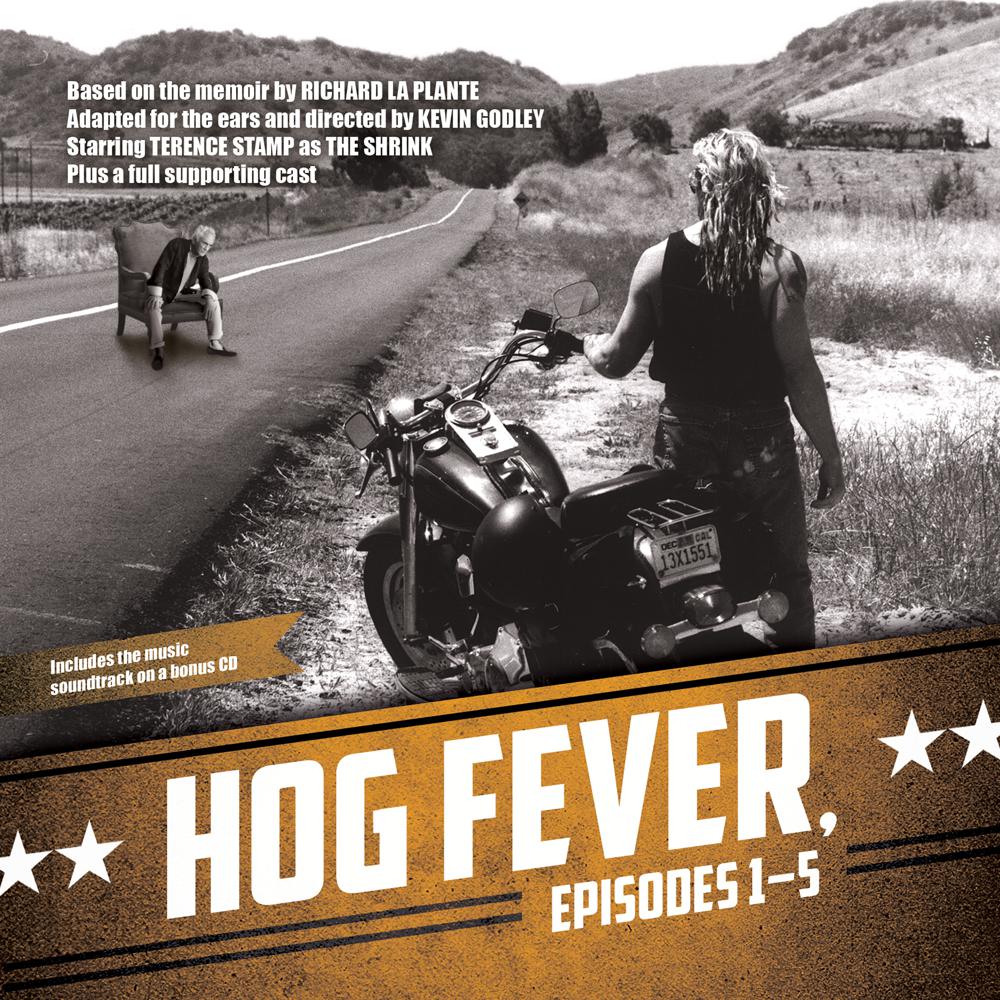 Midway between the satire of Spinal Tap and the pathos of American Beauty lies the schizophrenic state of mind known as Hog Fever. On the surface this is the story of a man, a motorcycle, and a teetering bank balance. But lurking beneath, occasionally visible like threads through faded denim, is the story of a man in search of freedom—or at least one last stab at it.

Motivated by the emasculating success of his British screenwriter wife and a love of Easy Rider and The Wild One, Robert Lourdes, a struggling American author on the cusp of forty, finds solace in the Harley-Davidson legend. Robert’s last-ditch attempt to become part of his wife’s world ends in disaster when she blatantly co-opts his idea for a screenplay during a dinner party for a hideous Hollywood producer.

The arrival of Gabriella, a beautiful Italian production assistant with a Harley of her own, stirs in Robert the first tremors of a long-dormant passion. Confused and lacking the confidence to shed the marital skin, he takes further refuge in shiny accessories, rallies, and bigger Harleys, culminating in a 1,700-mile pilgrimage to a major biker rally in Marbella, Spain.

Hog Fever is Robert’s comedy of errors as he embarks on a tattoo-and-testosterone-fueled quest to find himself.

“British actor Terence Stamp gives an authentic swinging ’60s presence to this crazy, loud, confessional joyride about a man, voiced by the author, who desperately wants to partake of bikes, women, and rock and roll before middle age smothers him for good. Director/sound designer/songwriter Kevin Godley joyfully draws from the frenetic 1960s–1970s comedy-LP styles of the Firesign Theatre and Monty Python, saturating the listening landscape with spot-on echoing audio effects and wry vocal asides. Mature humor—best heard with headphones.”