All This Life
Joshua Mohr 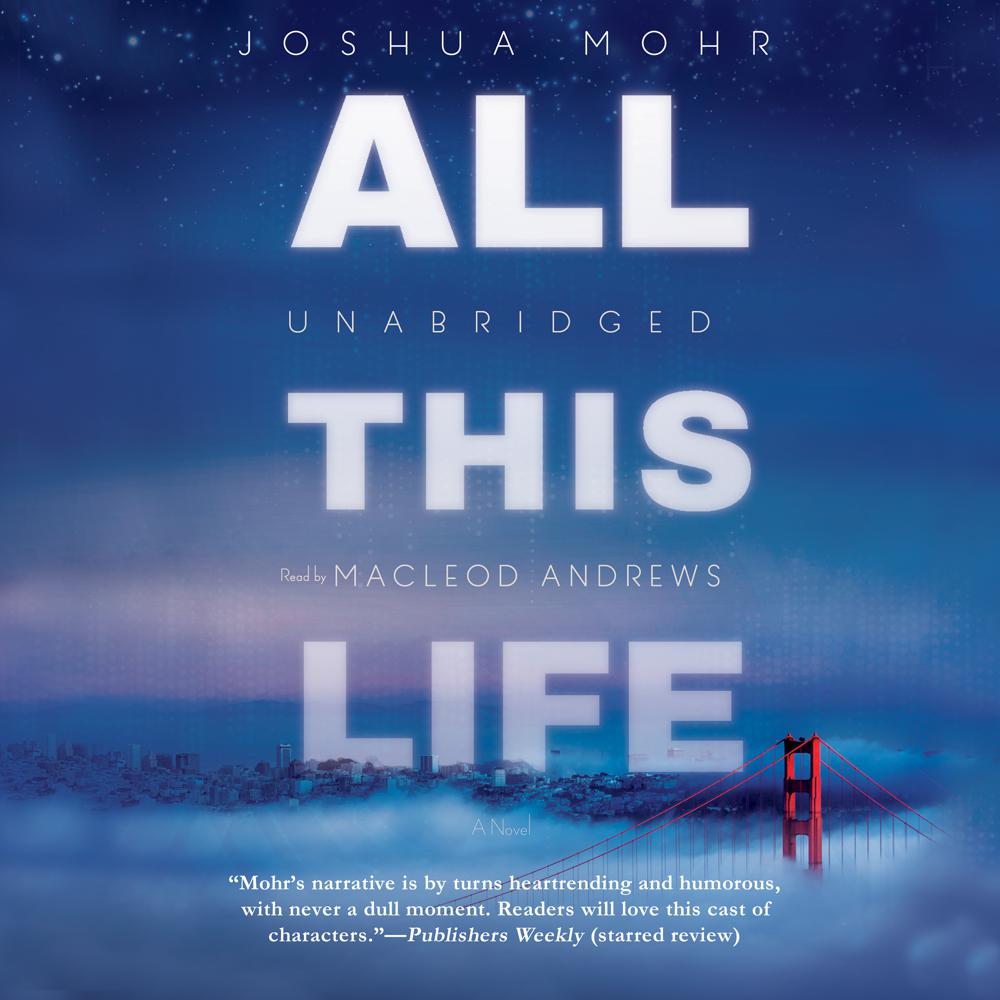 Morning rush hour on the Golden Gate Bridge. Amid the river of metal and glass, a shocking event occurs, leaving those who witnessed it desperately looking for answers, most notably one man and his son, Jake, who captured the event and uploaded it to the Internet for all the world to experience. As the media swarms over the story, Jake will face the ramifications of his actions as he learns the perils of our modern disconnect between the real world and the world we create online.

In landlocked Nevada, as the entire country learns of the event, Sara views Jake’s video just before witnessing a horrible event of her own: her boyfriend’s posting of their intimate sex tape. As word of the tape leaks out, making her an instant pariah, Sara needs to escape the small town’s persecution of her careless action. Along with Rodney, an old boyfriend injured long ago in a freak accident that destroyed his parents’ marriage, she must run faster than the Internet trolls seeking to punish her for her indiscretions. Sara and Rodney will reunite with his estranged mother, Kat, now in danger from a new man in her life who may not be who he—or his online profiles—claim to be, a dangerous avatar in human form.

With a wide cast of characters and an exciting pace that mimics the speed of our modern, all-too-connected lives, All This Life examines the dangerous intersection of reality and the imaginary, where coding and technology seek to highlight and augment our already flawed human connections. Using his trademark talent for creating memorable characters, with a deep insight into language and how it can be twisted to alter reality, Joshua Mohr returns with his most contemporary and insightful novel yet.

“As Mohr’s memorable characters converge, All This Life raises profound questions about the growing influence online reality has on our lives.”

“All This Life shifts deftly between dark comedy and pathos, often holding both within a single moment…Rendered with a colorful intricacy and subversive spirit, All This Life shows us San Francisco as it vanishes under the spell of social media. Mohr is a perceptive chronicler of how we live, feel—and avoid feeling—this very minute.”

“Mohr’s poignant and darkly funny fifth novel weaves together the stories of seven protagonists whose lives are all touched by a bizarre mass suicide on the Golden Gate Bridge…Guilt and regret build to a crescendo, and the book’s momentous climax takes the characters back to the Golden Gate Bridge. Mohr’s narrative is by turns heartrending and humorous, with never a dull moment. Readers will love this cast of characters.”

“The book takes itself seriously, ably balancing its many story lines while it builds to a breathless climax…Mohr delivers a solid look at the distinction between our offline and online lives and the danger that lurks when the lines between them are blurred. Thoughtful crossover fiction of interest to adult and YA audiences.”

“Mohr’s portrayal of a rapidly gentrifying San Francisco rings true…Mohr’s novel builds slowly, and his empathy for the majority of his characters shines through, allowing for a genuinely felt conclusion.”

“Fearless, not only in its willingness to penetrate our real and virtual desperation, but also in its insistence on the tender tenacity of hope.”

“Trouble spreads like wildfire in this compelling novel, and with brutal honesty, and empathy for his diverse cast of characters, Mohr refuses to flinch.”