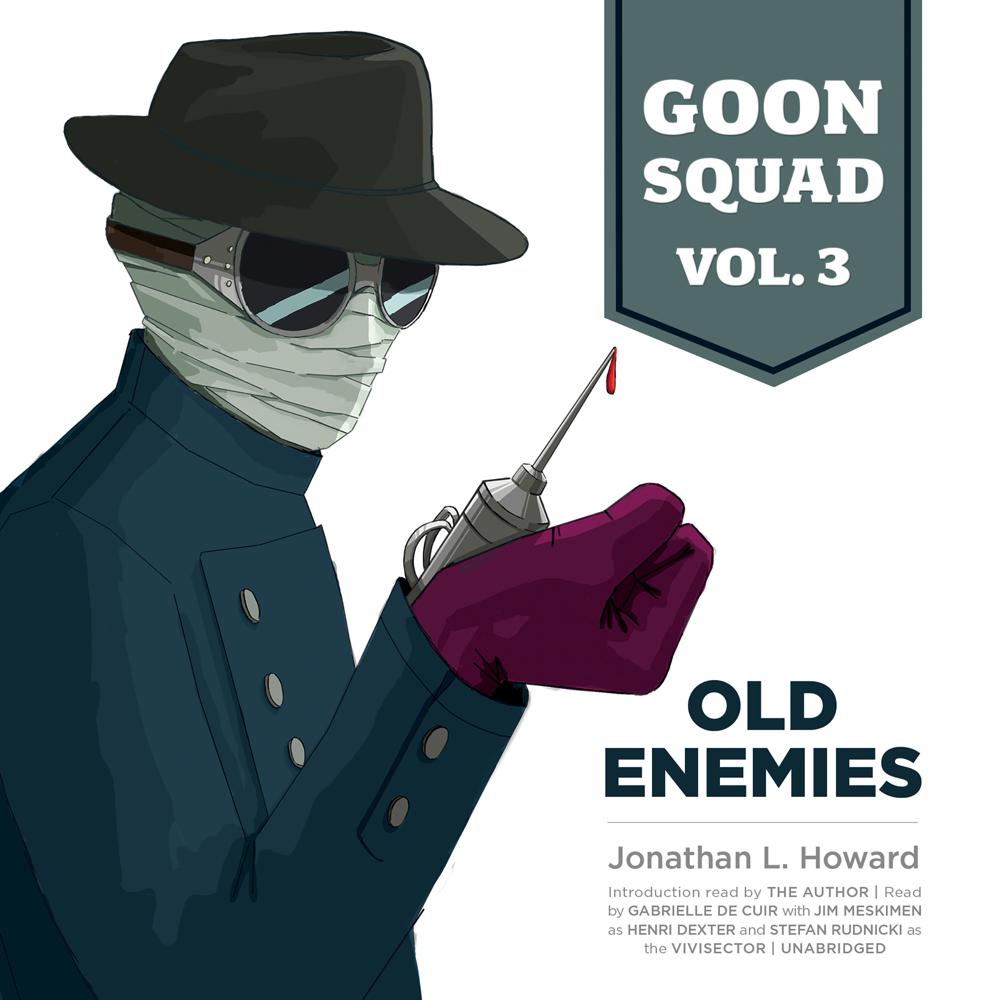 Goon Squad, Volume 3: Old Enemies is composed of: “Life during Wartime,” “Red Wolf, Red Wolf, Does Whatever a Red Wolf Can,” “Shadow of the Vivisector,” “The Man from Switzerland,” and “The End of the Year Show,” as well as an introduction read by the author.