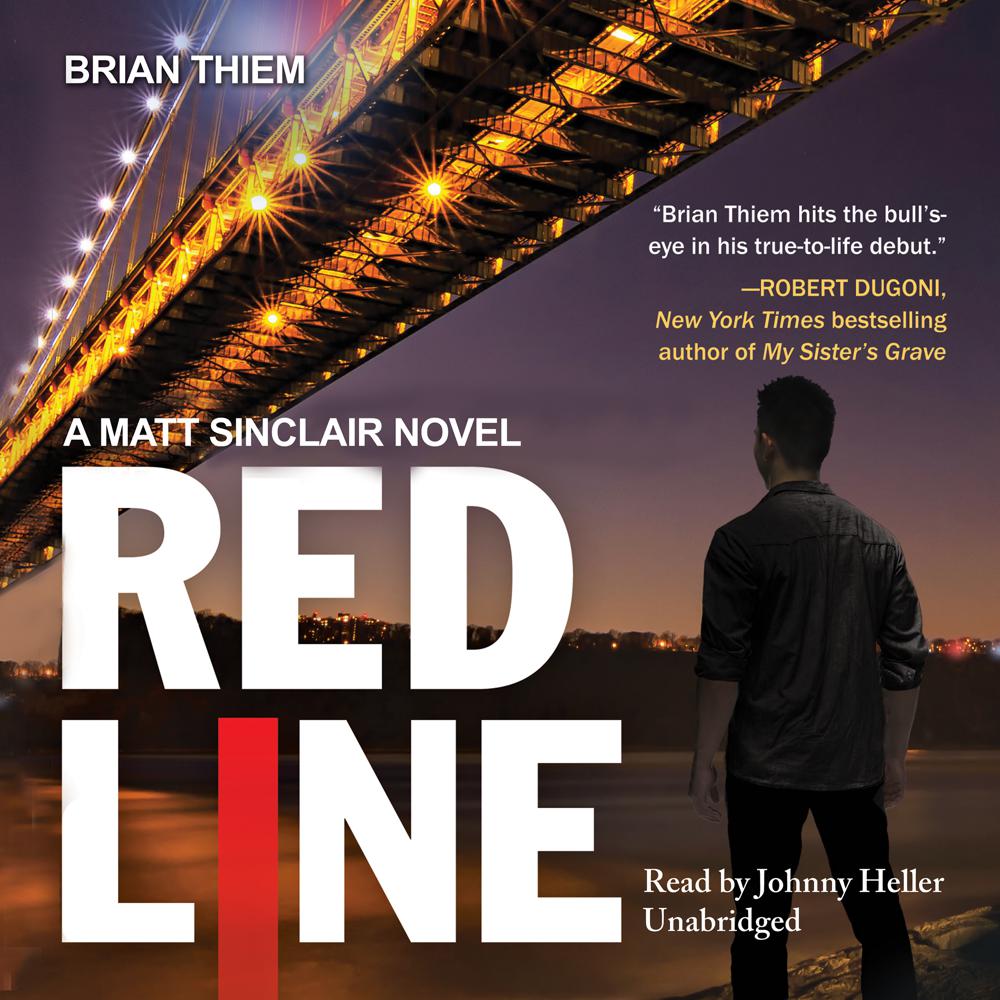 When a teenager from a wealthy suburb outside Oakland is dumped at an inner-city bus stop, homicide detective Matt Sinclair catches the case. It’s his first since being bumped to desk duty for a bust that went south—fast. With few leads and plenty of attention, it’s the worst kind of case to help him get back up to speed.

And it only gets worse as the bodies start to pile up—first at the same bus bench, then around the city. Sinclair is unable to link the victims to each other, and the killer is just getting started. Time is running out for Sinclair’s career, not to mention for the people closest to him.

With Red Line, Brian Thiem, a veteran of the Oakland police department and the Iraq war, has written a nuanced police procedural filled with the kind of insight that could only come from a detective who has walked the streets and lived the life.

“A compelling read from beginning to end…Very highly recommended.”

"[Thiem’s] skill as a storyteller makes me look forward to more. Reading this book was not unlike the thrill you get when a car takes off with the pedal to the floor.”

“Some books require a few pages to really get going. Such is not the case with Brian Thiem’s gripping police procedural…[Thiem] knows prose. He knows characters and drama. He understands suspense, its power, and how to wield it. He knows police life grit. Fictional latitude and realism huddle happily here.”

“Theim…skillfully guides the realistic action to the unexpected ending. Readers will want to see more of his richly drawn main character.”

“[A] hard-edged beauty…Yes, there’s a murder plot here and chases and gun battles and a gun-to-the-head standoff, and they’re all well done. But none are as interesting as Sinclair’s psy-war with the world.”

“Narrator Johnny Heller’s gruff voice immediately draws listeners into the murder investigation…The story is contemporary, not noir, but Heller gives it an old-fashioned feel that fits the hero…Heller shifts perspectives well as the story goes back and forth between Sinclair’s investigation and the machinations of the serial killer…Heller keeps listeners engrossed through the attacks on Sinclair’s life to the final race against time.”

“Brian Thiem hits the bull’s-eye in his true-to-life debut. A mystery with authenticity, grit, drama—Red Line has it all. A gripping police procedural from a real pro.”

“The real deal—and one that could only be written by a cop. This streetwise police procedural offers readers a unique and inside view of the high-stress, high-stakes search for the bad guys.”

“When an ex–homicide cop writes a police procedural, it’s going to be the real deal—gritty crime scenes, flashing blue lights, interfering brass, relationship complications, and that all-important cop’s gut. Brian Thiem has it all in his page-turner debut novel about a serial killer in Oakland.”

"Red Line is a forceful tale of unintended consequences and brutal vengeance. Brian Thiem’s years on Oakland’s mean streets lend his debut novel a profound authenticity, and he peels back the layers of an intricate investigation with a deft, racing style that keeps you guessing to the end. This is crime fiction the way it should be, an exploration of human nature on its worst day.”