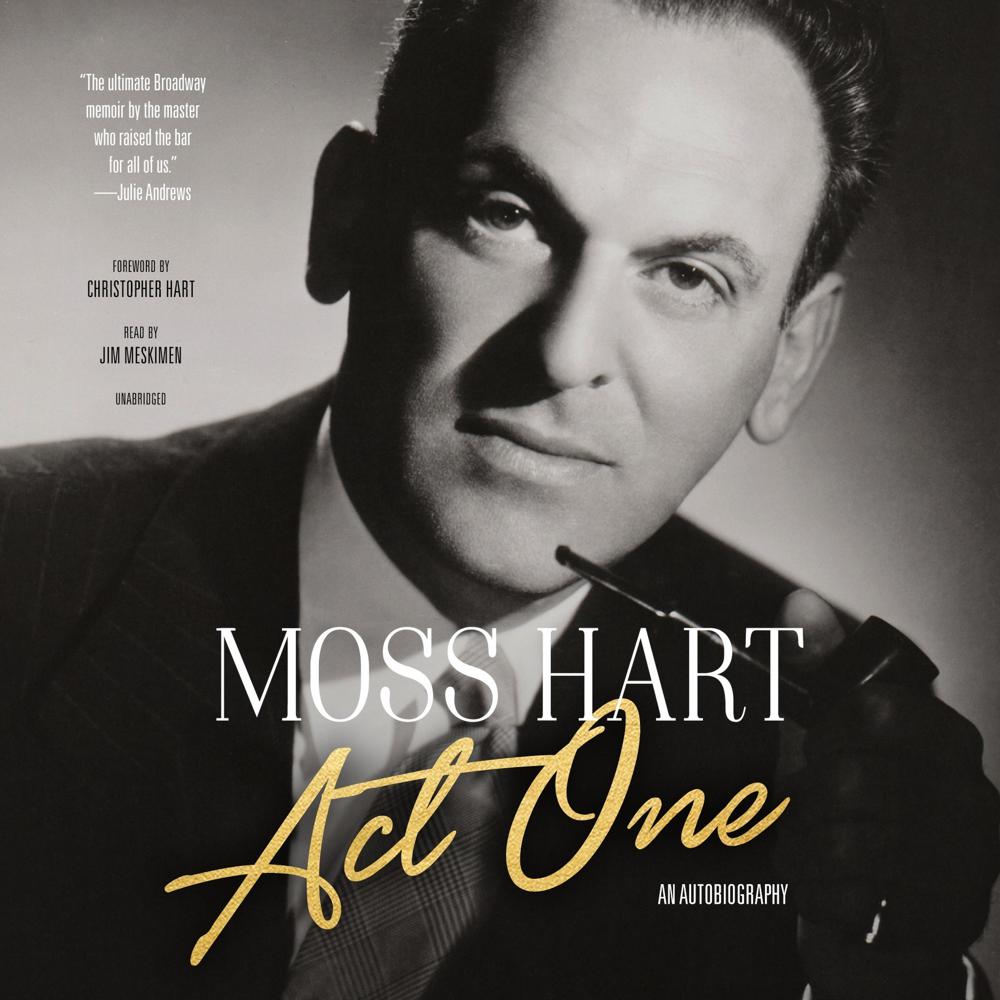 Moss Hart’s Act One, which Lincoln Center Theater presented in 2014 as a play written and directed by James Lapine, is one of the greatest American memoirs—a glorious memorial to a bygone age filled with all the wonder, drama, and heartbreak that surrounded Broadway in the early twentieth century.

Hart’s story inspired a generation of theatergoers, dramatists, and readers everywhere as he eloquently chronicled his impoverished childhood and his long, determined struggle to reach the opening night of his first Broadway hit. Act One is the quintessential American success story.

“The ultimate Broadway memoir by the master who raised the bar for all of us.”

“Moss Hart’s Act One is not only the best book ever written about the American theater, but one of the great American autobiographies, by turns gripping, hilarious, and searing.”

“Act One is legendary in the theater world.”

“Moss Hart was in the thick of American theater when everyone wore black tie on opening night and the world’s most witty people entertained each other around a grand piano at late-night supper parties. It’s an era of glamour that will never come again, but we have Hart’s words on paper, and that is no small thing. A renowned director and theatrical collaborator, the brilliant Hart died too soon after the curtain went up on Act Two. If you want to know what it was like to be on the inside track in New York City in the ‘30s, ‘40s and ‘50s, here’s a good place to find out.”

“One of the leading playwrights and directors of the New York stage, Moss Hart here tells, with considerable introspection and at times almost total recall, the story of his early years and the breaks that led to Broadway…Provides good, long, and fascinating look at the machinery of hit-making, made the more palatable by the fact that this particular agony ended in triumph. Affecting and appealing.”