Fool for a Client
Parnell Hall 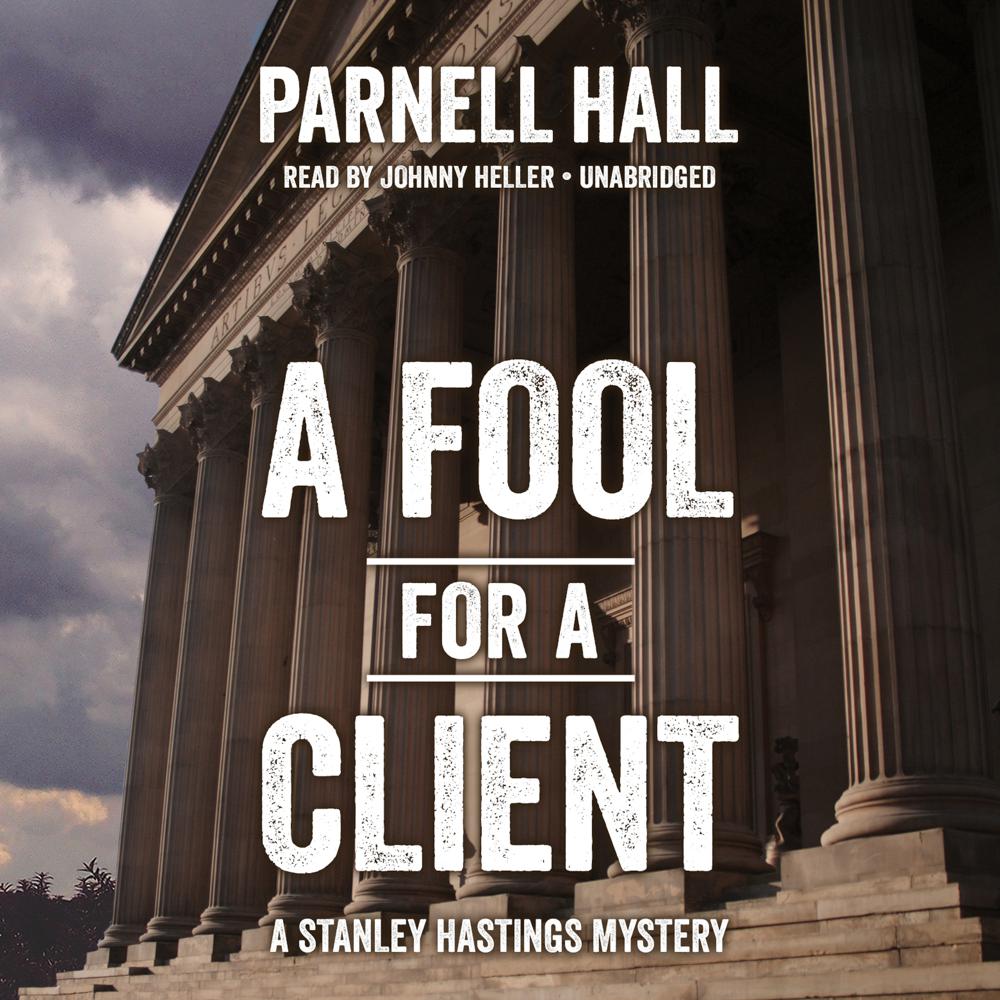 A young woman found naked and stabbed to death in her apartment—it’s the type of case that should be perfect for Stanley Hastings. Instead, it’s his nightmare.

It’s a sensational murder trial. The woman was the girlfriend of Hasting’s boss, Richard Rosenberg, and the hotshot lawyer is charged with killing her. Now Richard’s in court fighting for his life, and Stanley’s out on the firing line trying to dig up some evidence in his favor. It won’t be easy. The murdered woman was a law clerk for a prominent judge, and everyone Stanley needs to question is currently tied up in a high-profile global banking trial.

As Stanley races back and forth between two courtrooms, searching for the key to the mystery through investigative techniques that could easily get him charged as an accessory, every fact tends to point to Richard’s guilt: DNA evidence proves he is the man who had sex with the victim just before she died, eyewitnesses put him at the scene of the crime, and his fingerprints are on the murder weapon.

In desperation, Richard resorts to a series of courtroom tactics so outrageous they would make Perry Mason blush. Before the case is over, everyone in the courtroom will be convinced that not only does Richard Rosenberg have a fool for a client but the client has a fool for a lawyer.

“The Hastings novels possess a unique rhythm that’s driven by Stanley’s internal dialogue and the Greek chorus–like lectures he endures from his wife, Alice. Another entertaining entry in a consistently fun, character-focused series.”