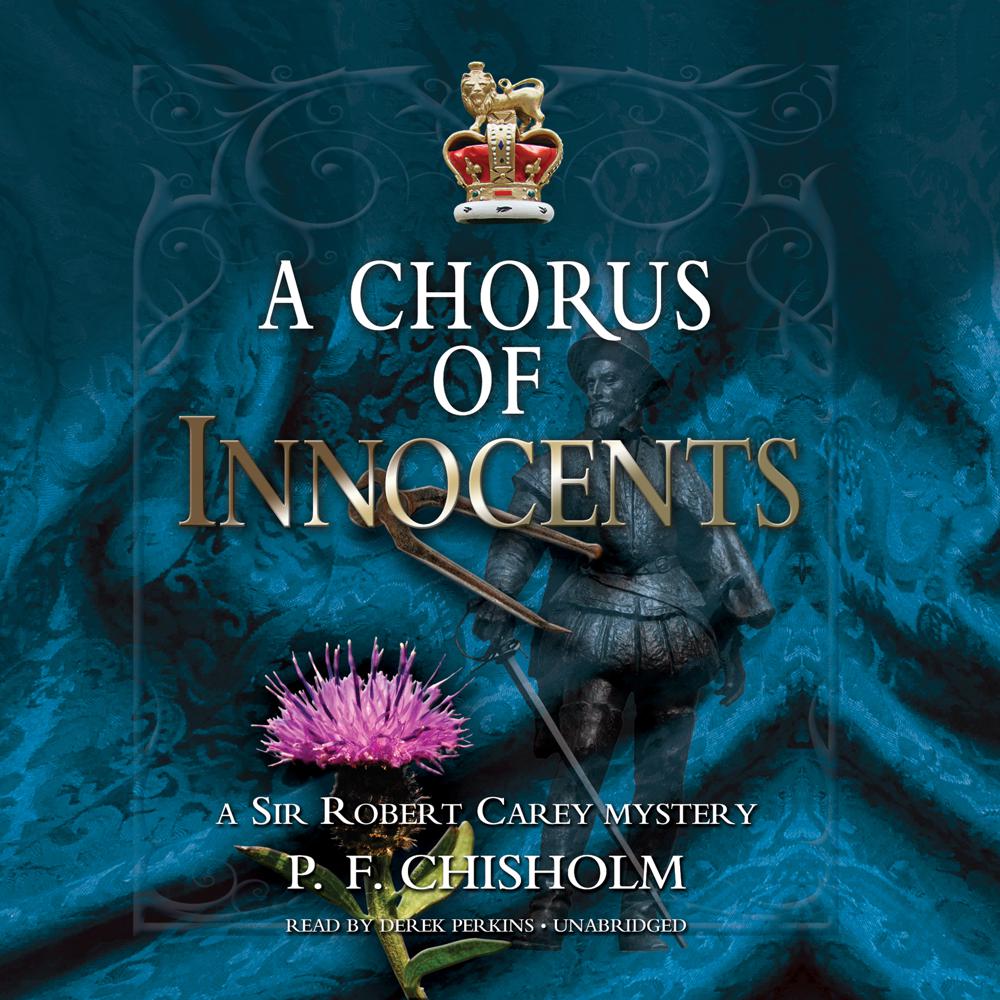 Thursday, 12th October, 1592. Eighteen days after the action closes in An Air of Treason, courtier Sir Robert Carey and Carey’s surly, larcenous, and loyal henchman Henry Dodd, land sergeant of Gilsland, are back in Carlisle and the Debateable Lands—the Border country, the wild North, the land of the hot trod where the thieving, feuding reiver clans are “English when it suited, and Scots at their pleasure.”

A Chorus of Innocents ushers forward Lady Elizabeth Widdrington, a married woman whom Carey adores but respects. It opens when a very pregnant young woman rides to Lady Widdrington’s tower crying that her minister husband has been murdered and she herself has been raped.

“As always, the scene Chisholm sets is a veritable time-travel portal you step through the instant you turn to the first page.”

“Set in the contentious borderlands between England and Scotland in 1592, Chisholm’s absorbing seventh Sir Robert Carey mystery focuses on Carey’s lady love, Elizabeth Widdrington…Chisholm illuminates the daily life of the period from the social position of women and children to food preparation, religion, and dentistry, as the action builds to the surprising conclusion.”

“This time out, it’s Sir Robert Carey’s unhappily married love, Elizabeth, who solves a murder steeped in political intrigue…One of Chisholm’s best Elizabethan mysteries, combining all the historical information readers have come to expect with a swiftly moving story featuring a strong woman whose romantic aspirations have yet to be fulfilled.”