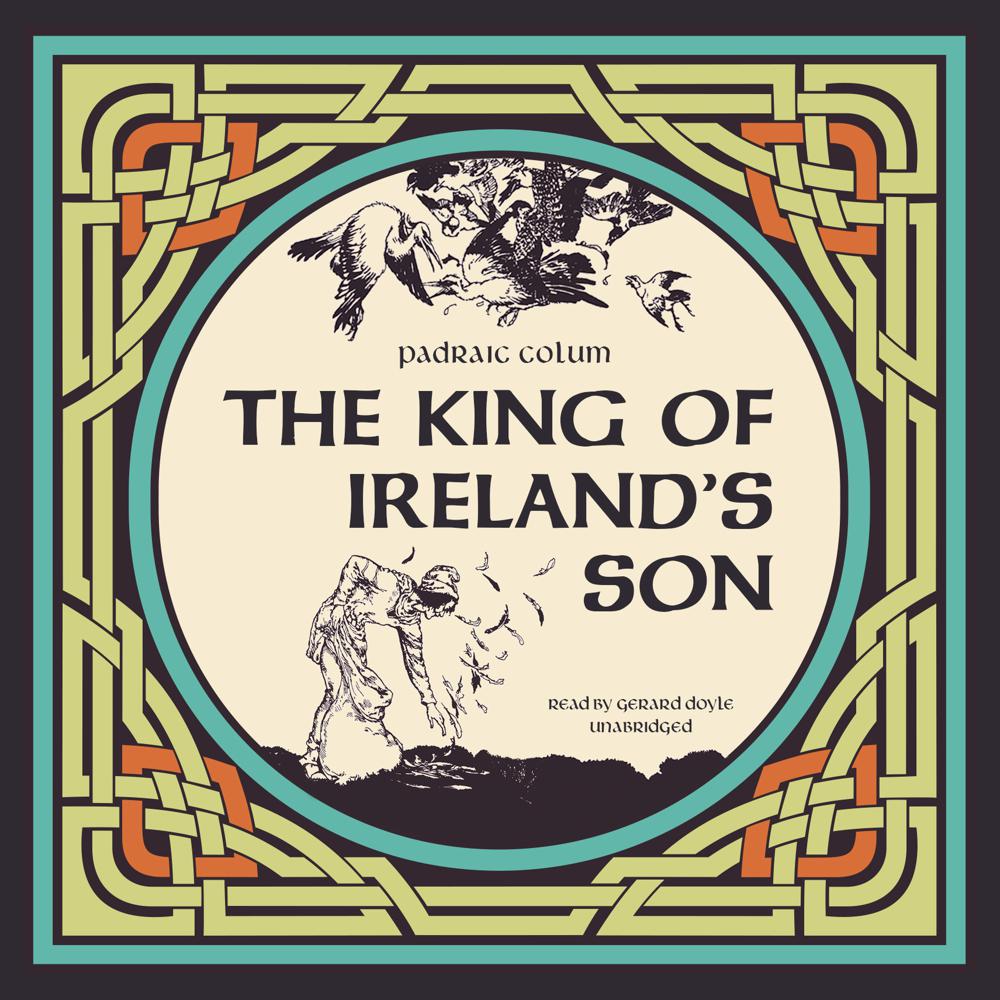 Celebrated Irish author Padraic Colum dazzled audiences with his retellings of old Gaelic myths. In The King of Ireland’s Son, he imbues seven favorite tales from the Emerald Isle with sly humor, whimsy, and imagination. Stories include “Fedelma, the Enchanter’s Daughter,” “When the King of the Cats Came to King Connal’s Dominion,” “The Sword of Light,” “The Town of the Red Castle,” “The King of the Land of Mist,” “The House of Crom Duv,” and “The Spae-Woman.” It’s hours of entertainment for the whole family!

“[A] fascinating tale for children.”

“Narrator Gerard Doyle captures the oral tradition of the storyteller in Padraic Colum’s Irish folktales so perfectly that the listener will lose all track of time. The principal story follows the King of Ireland’s eldest and wildest son, whose quest takes him to far and distant lands. Doyle easily adapts his tone to match each of the colorful characters encountered in the interwoven tales—the wily and deceptive Little Sage of the Mountain; the quiet eloquence of the Enchanter’s daughter, Fedelma; and the feisty arrogance of the King of the Cats. Doyle’s melodious Irish lilt lends itself so well to storytelling that the production is perfect for bedtime or a road trip.”

“‘To make stories read as if they were being told’ has been Padraic Colum’s aim and his achievement…A master storyteller at his best.”