Web of the City
Harlan Ellison 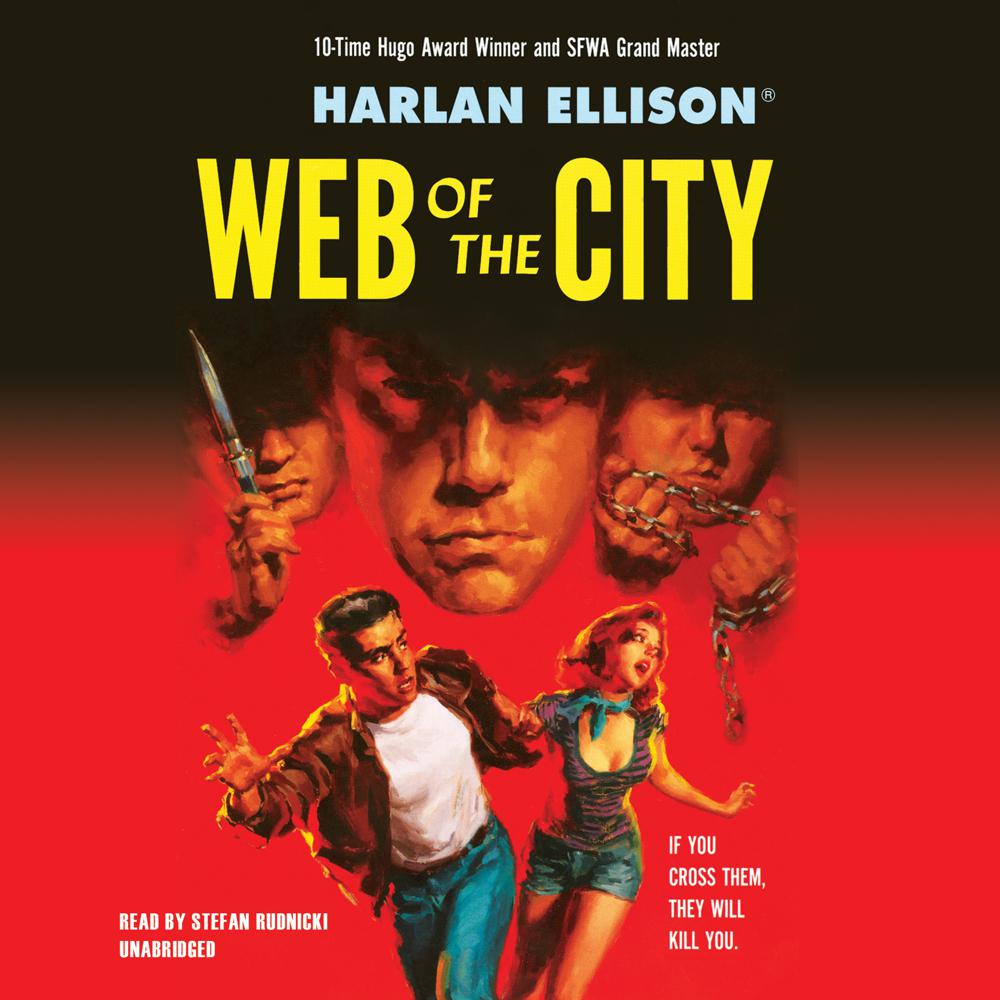 “Get it straight right now: these aren’t kids playing games of war. They mean business. They are junior-grade killers and public enemies one through five thousand.”

In Rusty Santoro’s neighborhood, the kids carry knives, chains, bricks, and broken glass. And when they fight, they fight dirty, leaving the streets littered with the bodies of the injured and the dead. Rusty wants out—but you can’t just walk away from a New York street gang. And his decision may leave his family to pay a terrible price.

First published more than half a century ago and inspired by the author’s real-life experience going undercover inside a street gang, Web of the City was Harlan Ellison’s first novel and marked the long-form debut of one of the most electrifying, unforgettable, and controversial voices of twentieth-century letters. Appearing here with the short story “No Game for Children,” which Ellison wrote for the pulp magazines of the 1950s, Web of the City offers both a snapshot of a lost era and a portrait of violence and grief as timely as today’s most brutal headlines. Includes an introduction read by the author.

Also includes the 1959 short story “No Game for Children”

"[Ellison has] the spellbinding quality of a great nonstop talker, with a cultural warehouse for a mind.”

“One of the great living American short-story writers.”