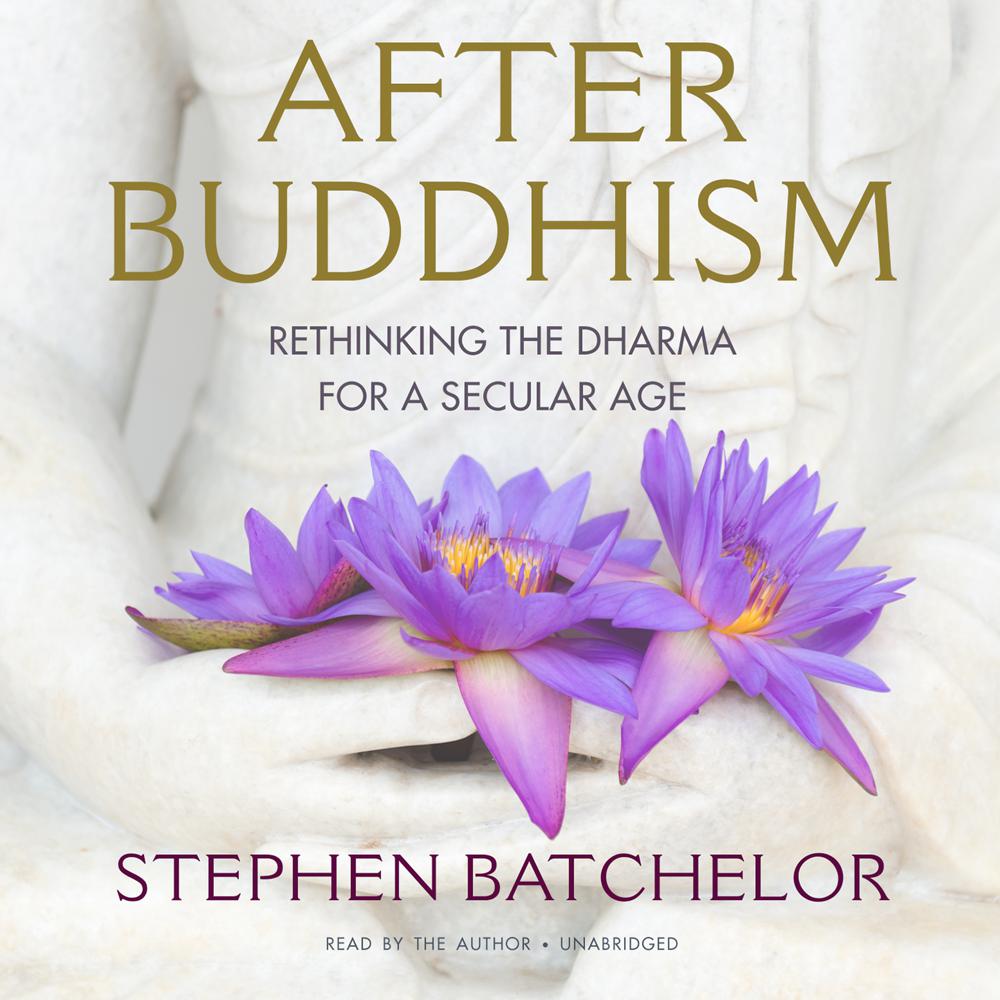 Some twenty-five centuries after the Buddha started teaching, his message continues to inspire people across the globe, including those living in predominantly secular societies. What does it mean to adapt religious practices to secular contexts?

Stephen Batchelor, an internationally known author and teacher, is committed to a secularized version of the Buddha’s teachings. The time has come, he feels, to articulate a coherent, ethical, contemplative, and philosophical vision of Buddhism for our age. After Buddhism, the culmination of four decades of study and practice in the Tibetan, Zen, and Theravāda traditions, is his attempt to set the record straight about who the Buddha was and what he was trying to teach. Combining critical readings of the earliest canonical texts with narrative accounts of five members of the Buddha’s inner circle, Batchelor depicts the Buddha as a pragmatic ethicist rather than a dogmatic metaphysician. He envisions Buddhism as a constantly evolving culture of awakening whose perpetual survival is due to its capacity to reinvent itself and interact creatively with each society it encounters.

This original and provocative book presents a new framework for understanding the remarkable spread of Buddhism in today’s globalized world. It also reminds us of what was so startling about the Buddha’s vision of human flourishing.

“Zen teacher Batchelor argues that both sanitized and orthodox approaches to Buddhism undermine the ethical practices and intellectual rigor of what he considers to be the core of the religion…Those looking for a serious, secular reexamination of Buddhist ethics that acknowledges religiosity will find this book highly intelligent, rigorous, and absorbing.”

“An audacious disquisition on Buddhism, universal dharma, reality, and suffering for the twenty-first century. Batchelor posits that for the deep wisdom of Buddhism to serve humanity fully in our time, it may have to transcend itself.”

“Brilliant, illuminating, and thought provoking, After Buddhism deserves the ultimate compliment for a work of this kind: it is useful. In probing the ancient scriptures in search of a Buddha we can relate to, Batchelor makes his dharma come thrillingly alive. A masterful achievement.”

“In this remarkable book, Stephen Batchelor transcends Buddhist dogma to surface a vision of the dharma that goes right to the heart of our contemporary global culture. Through diligent scholarship and years of practice, the author sheds new and revelatory light on the dharma. This is a must-read for all students of Buddhism.”