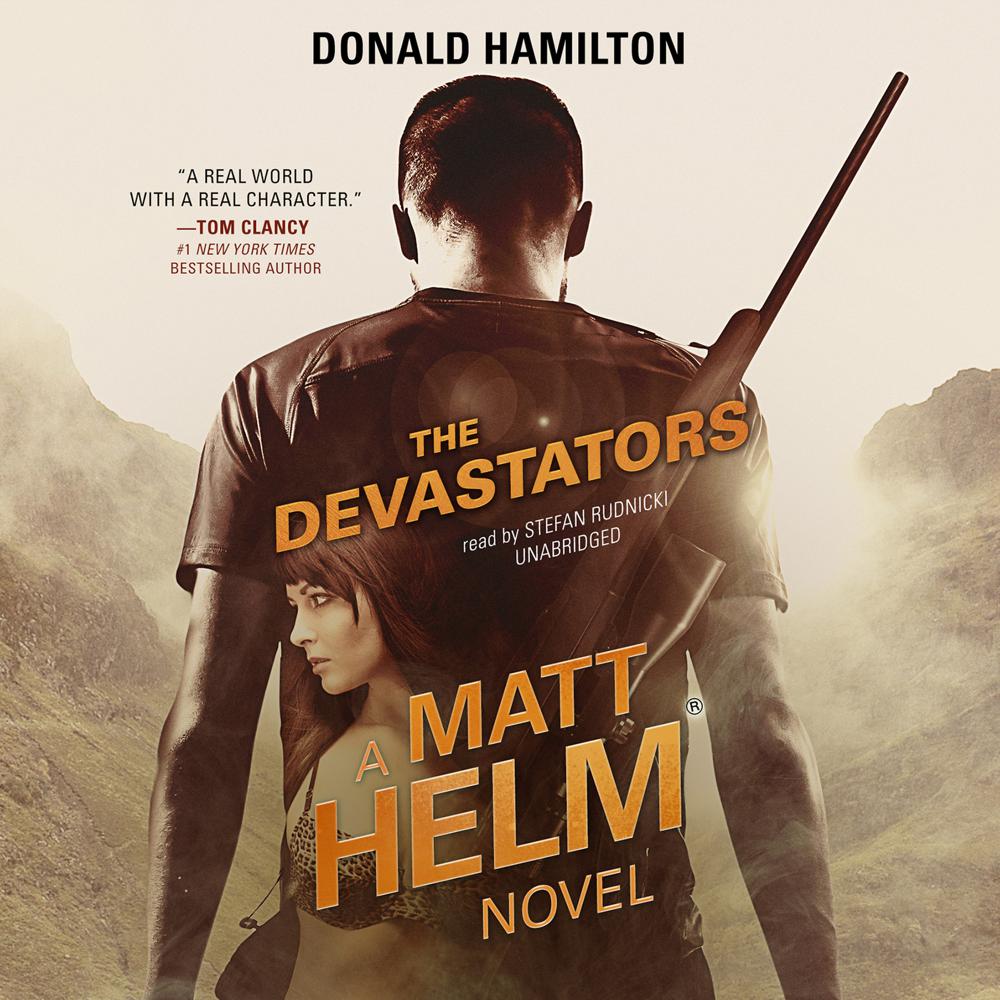 The Devastators is the ninth installment in Donald Hamilton’s iconic and thrilling Matt Helm series, which has sold more than twenty million copies worldwide.

On a bleak and lonely heath in northern Scotland, the body of an agent sent to complete a tricky mission is recovered. He had died of bubonic plague. It’s up to Matt Helm to take it from there.

Somewhere among the desolate Scottish moors is a half-crazed scientific genius who could devastate entire populations with one hideous, raging plague. It is Helm’s job to get him … with the help of a beautiful American operative who is supposed to be his wife, and a beautiful Russian operative who makes it clear she is his deadly enemy.

“Donald Hamilton has Hammett; and his stories are as compelling, and probably as close to the sordid truth of espionage, as any now being told.”

“Helm is about as credible a figure as one can find in the espionage genre.”