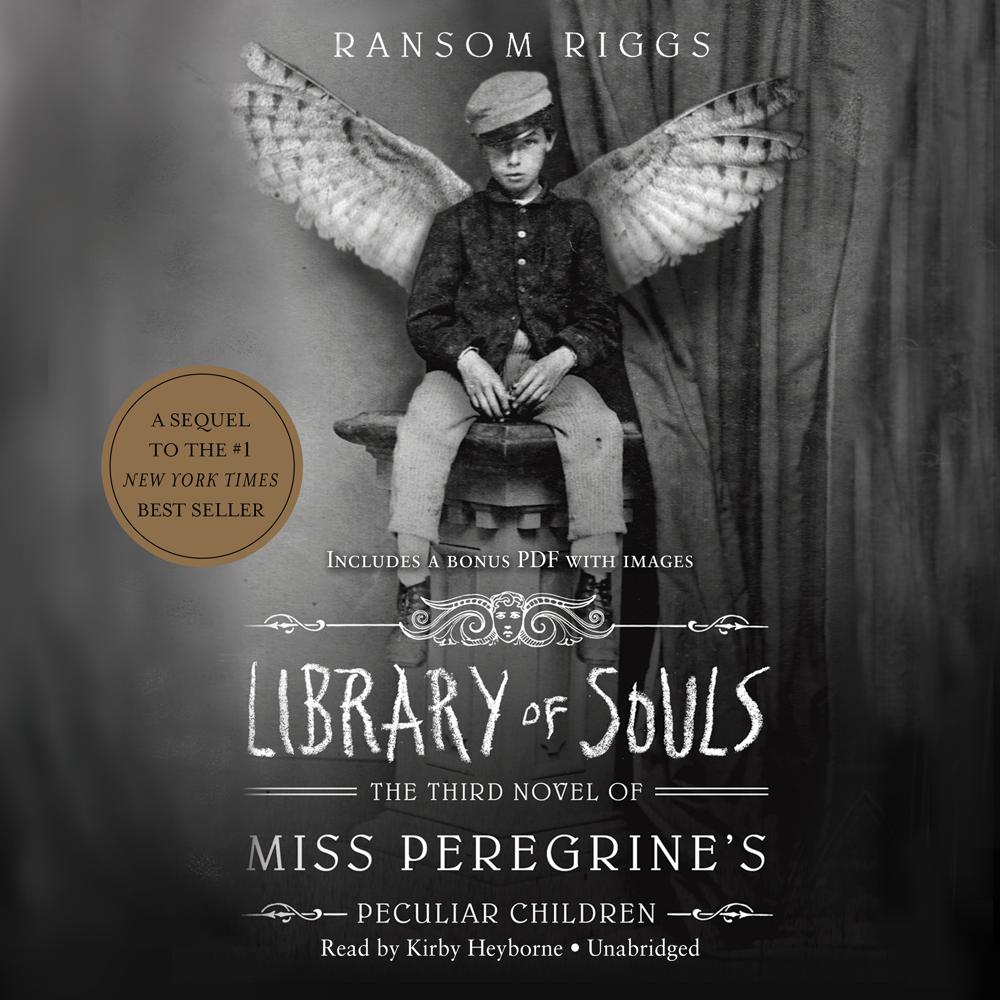 Miss Peregrine’s Home for Peculiar Children was the surprise bestseller of 2011—an unprecedented mix of YA fantasy and vintage photography that enthralled readers and critics alike. This third novel in the series picks up where the action of Hollow City left off.

Time is running out for the Peculiar Children. With a dangerous madman on the loose and their beloved Miss Peregrine still in danger, Jacob Portman and Emma Bloom are forced to stage the most daring of rescue missions. They’ll travel through a war-torn landscape, meet new allies, and face greater dangers than ever. Will Jacob come into his own as the hero his fellow Peculiars know him to be?

“Reversals and time loops, evil doers and acts of heroism…mysterious, surprising, and gratifying.”

“The challenge Riggs faces in Library of Souls is to match the remarkably high standard set by the first two books in the series, either the mind-bending bafflements of the first book or the edge-of-your-seat action of the second. Riggs succeeds, delivering a thrilling conclusion to Jacob’s trilogy.”

“A thrilling conclusion to the favorite Miss Peregrine’s Peculiar Children trilogy. Readers are sure to leap right in after the cliffhanger ending of Hollow City, and they won’t be disappointed.”

“A thrilling and satisfying installment…This YA series has strong crossover appeal; this latest volume is a must-purchase where fans have embraced the first two.”

“Satisfying answers are given to long-standing questions about peculiardom, and all major story lines see resolution. Fans will easily lose themselves in this most peculiar tale of all.”

“Narrator Kirby Heyborne skillfully delivers the fast-paced and complex third installment of this series. Heyborne imbues main character Jacob’s first-person narration with a sense of urgency and weariness that hint at what he and his fellow peculiars have already been through…Heyborne gives characters distinct voices, including a variety of English accents, adding color and pulling listeners more deeply into the story.”