One Year After
William R. Forstchen 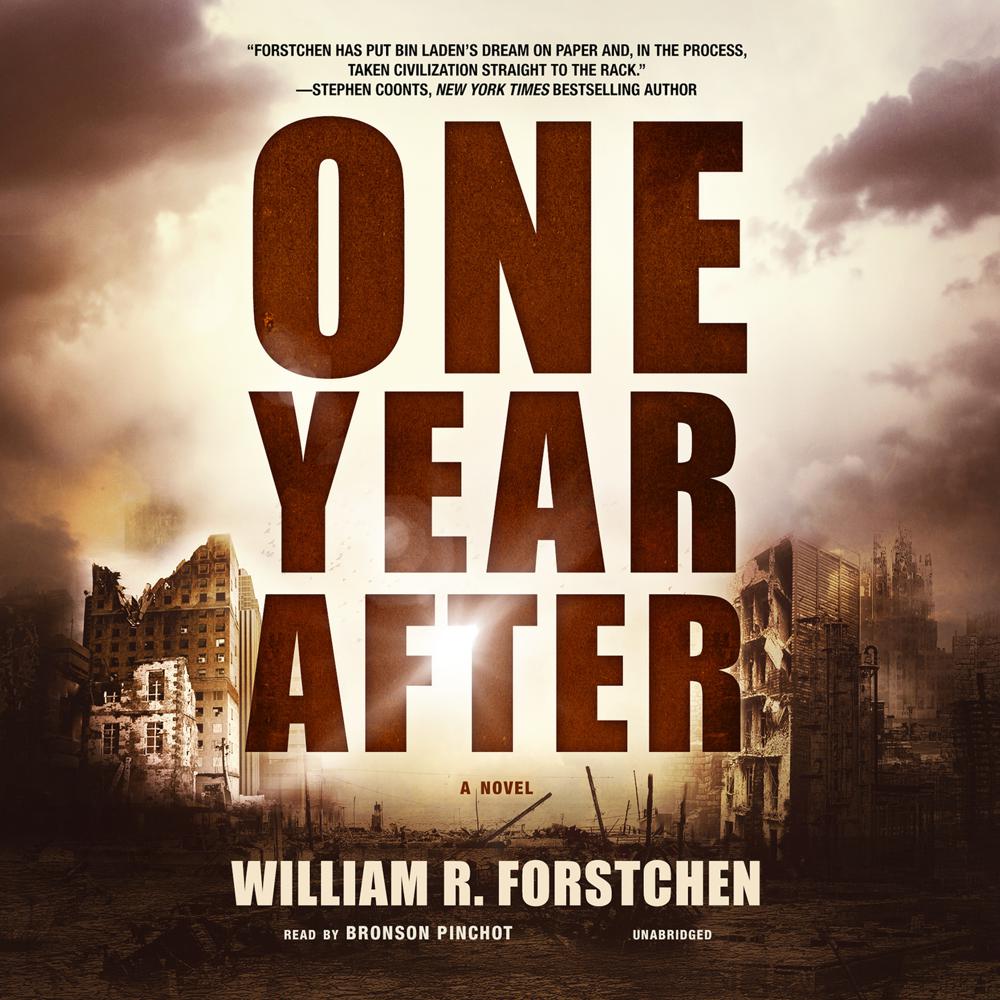 Months before publication, One Second After was cited on the floor of Congress as a book all Americans should read, a book discussed in the corridors of the Pentagon as a truly realistic look at the dangers of EMPs. An EMP is a weapon with the power to destroy the entire United States in a single act of terrorism, in a single second; indeed, it is a weapon that the Wall Street Journal warns could shatter America. One Second After was a dire warning of what might be our future … and our end.

One Year After returns to the small town of Black Mountain and the man who struggled to rebuild it in the wake of devastation: John Matherson. It is a thrilling follow-up and should delight fans in every way.

“At the start of bestseller Forstchen’s stirring sequel to 2009’s One Second After, 730 days have passed since EMP weapons destroyed nearly all electronic equipment in the continental US…Fans of Forstchen’s historical novels coauthored with Newt Gingrich will be satisfied.”

“A fine postapocalyptic thriller, with richly drawn characters and the kind of story that we can easily imagine happening.”

“Forstchen did such a damned fine job with One Second After that shortly after the first page, I had been reeled in hook, line, and sinker.”