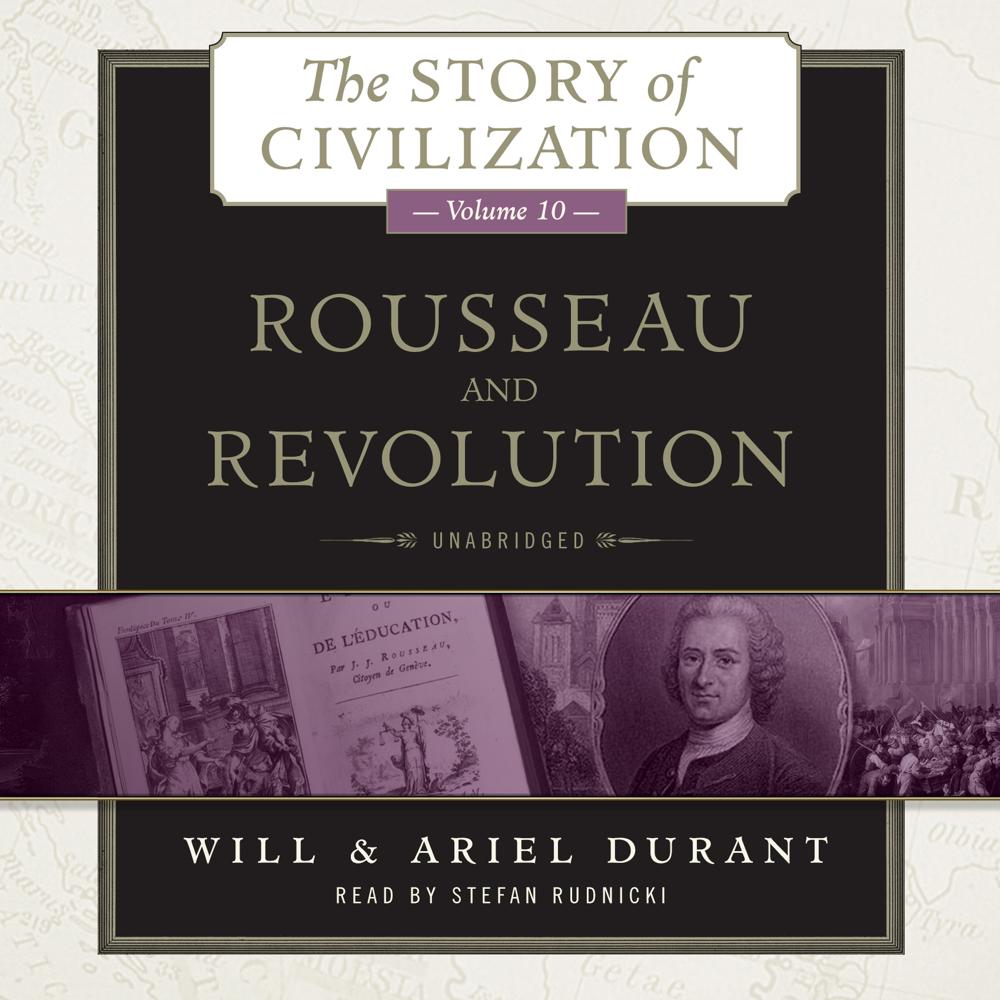 Rousseau and Revolution, the tenth volume of the Story of Civilization, ranges over a Europe in ferment, but centers on the passionate rebel—philosopher Jean-Jacques Rousseau, the great exponent of the romantic impulse toward self-exploration and social revolt, who contended with the great rationalist Voltaire for the mind of Europe. Rousseau condemned civilization as a disease, glorified the noble savage, proclaimed to the world with equal intensity his own love affairs and the natural rights of man, and became the patron saint of the revolution and the worldwide social upheavals of two centuries.

“Their many vignettes of men and cities are full of anecdote and aphorism. They make each period alive and pulsating…After all these years, their enthusiasm is unabated. It can be felt on every page of their final volume.”

“The military exploits, the elegance and corruption of court life, the diversity of cultural, economic, and social events, the prejudices and mores of the entire European scene—surely it is a measure of the Durants’ comprehensive mastery that so vast a panorama has been handled with so many splendidly interwoven episodes, judicious portraits, and contemporary ramifications.”