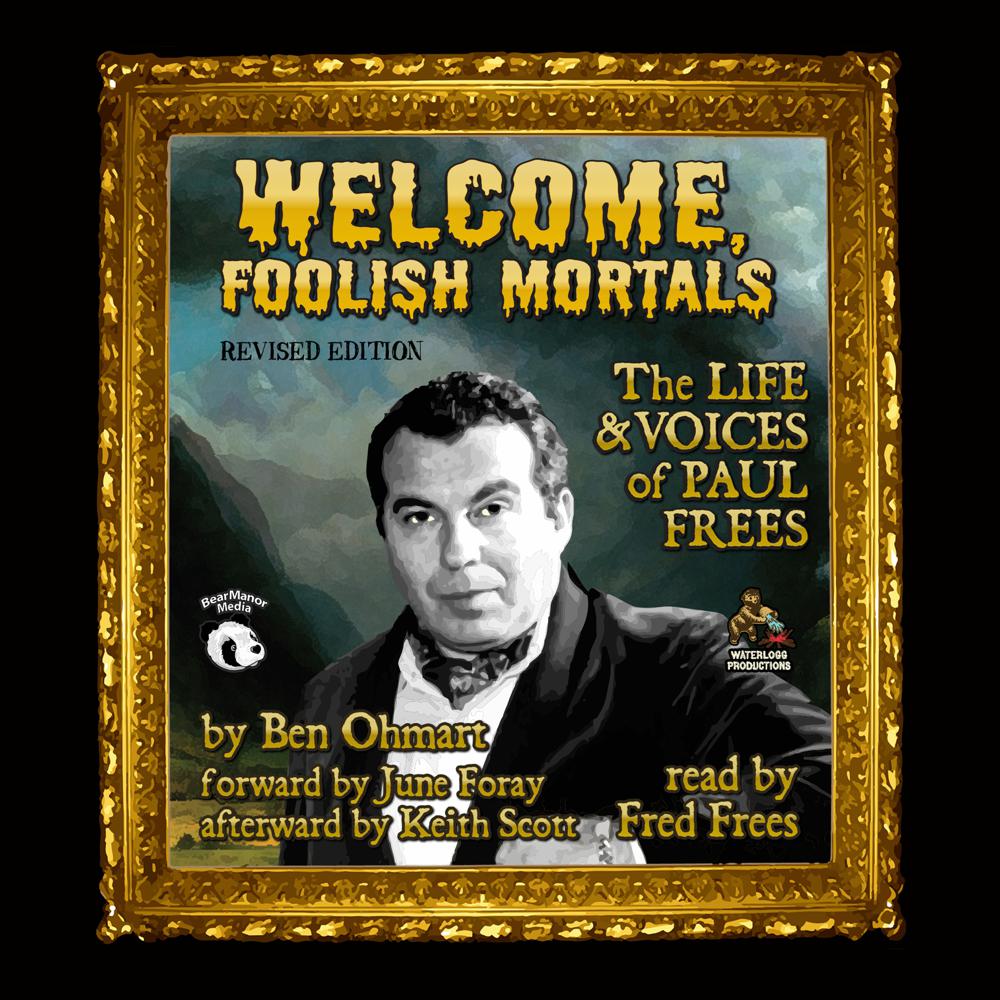 Fred Frees is a successful voice actor in his own right, who has been called upon to recreate his dad’s characters and create new ones all his own. Ben Ohmart says, “He has inherited his father’s amazing, weird gifts.”

Fred admits, “I certainly had mixed feelings reading this audiobook about my dad. Of course, there was the inherent pride I always feel about my father’s accomplishments. And a certain awe at the obstacles he overcame in his life. And then, there was this feeling of déjà vu. It was like living parts of my life all over again and revisiting the emotions I had when we didn’t always see eye to eye, or when he was taken from us. But, in spite of everything, my father was always a source of inspiration to me, to appreciate my life. And in that, he never failed me.”

Bonus Track: An interview with Fred Frees, conducted by Joe Bevilacqua an Lorie Kellogg, for The Voice Actor Show, heard on the BearManor Radio Network.

“Ben Ohmart has written several books, and The Life and Voices of Paul Frees is one of his best. This is the first thorough look at the actor who has been in thousands of radio programs, TV shows, and commercials. It is all documented. Very well recommended.”