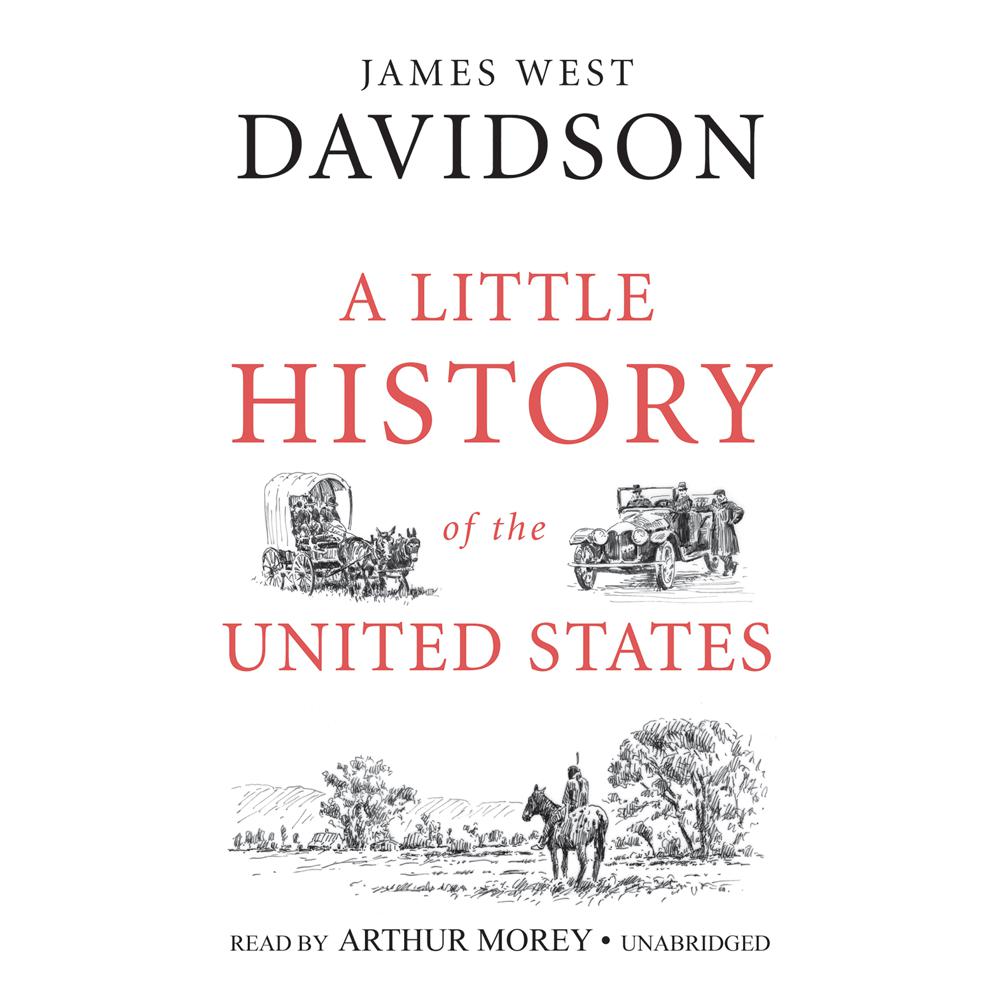 How did a land and people of such immense diversity come together under a banner of freedom and equality to form one of the most remarkable nations in the world? Everyone from young adults to grandparents will be fascinated by the answers uncovered in James West Davidson’s vividly told A Little History of the United States. In three hundred fast-moving pages, Davidson guides listeners through five hundred years, from the first contact between the two halves of the world to the rise of America as a superpower in an era of atomic perils and diminishing resources.

In short, vivid chapters the book brings to life hundreds of individuals whose tales are part of the larger American story. Pilgrim William Bradford stumbles into an Indian deer trap on his first day in America; Harriet Tubman lets loose a pair of chickens to divert attention from her escaping slaves; the toddler Andrew Carnegie, later an ambitious industrial magnate, gobbles his oatmeal with a spoon in each hand. Such stories are riveting in themselves, but they also spark larger questions to ponder about freedom, equality, and unity in the context of a nation that is, and always has been, remarkably divided and diverse.

“This is a little history with a big heart, meant to be savored more than studied, read out loud like poetry, or perhaps sung like a hymn.”

“Historian Davidson opens this smooth overview of five hundred years of American history, beginning with Columbus’ arrival, with an engaging premise, arguing that we all make our own history pieced together out of personal memories…Crafting a ‘little’ narrative requires the skills of a seasoned historian, and Davidson accomplishes it through a combination of structure and approach…in a conversational style akin to a historical fireside chat.”

“Persuasive and enjoyable…Davidson faced a herculean task in condensing more than five hundred years of history into a slim volume. He fulfills this difficult brief with authority and brio.”

“A book of literary grace…Not only the writing but also the conceptualization consistently engage the reader. Uncommonly imaginative.”