Where the Light Gets In
Kimberly Williams-Paisley 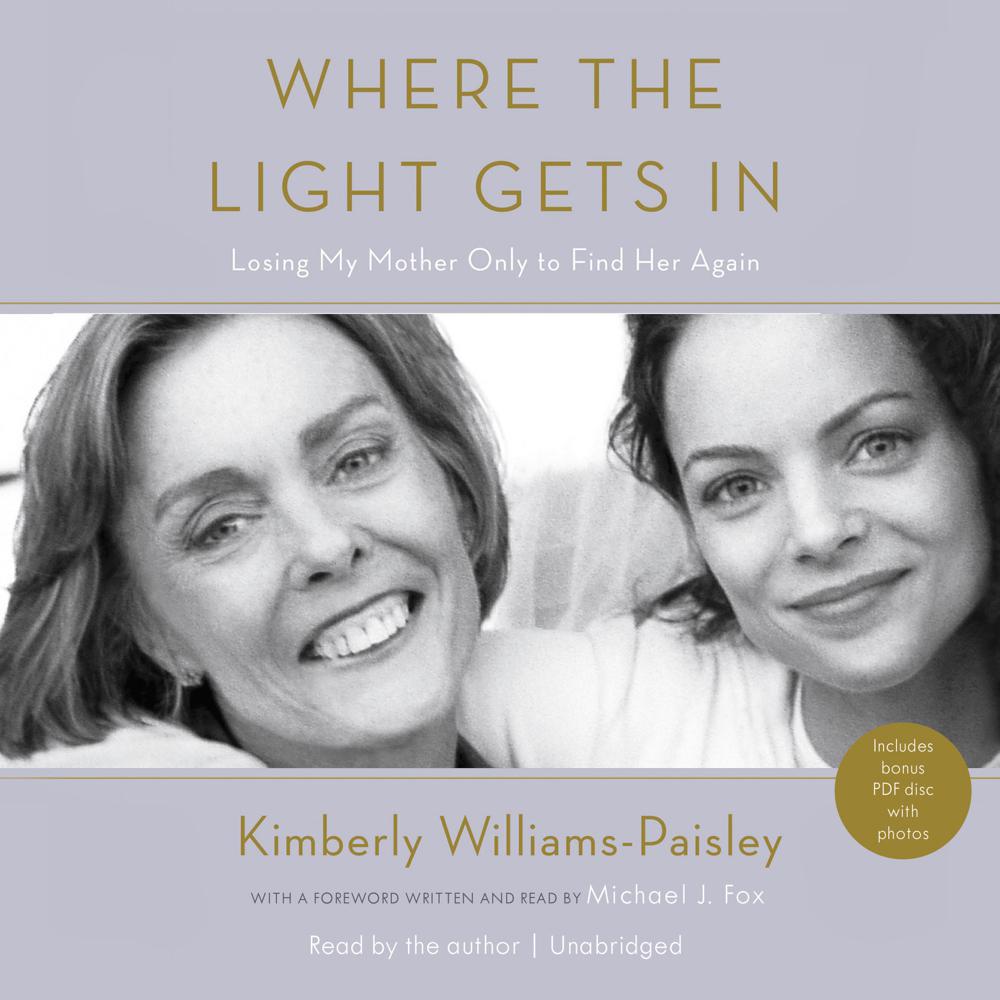 Many know Kimberly Williams-Paisley as the bride in the popular Steve Martin remakes of the Father of the Bride movies, the calculating Peggy Kenter on Nashville, or the wife of country megastar Brad Paisley. But in 2014, Williams-Paisley revealed a tragic secret: her mother had been diagnosed with a rare form of dementia called primary progressive aphasia at the age of sixty-one.

In Where the Light Gets In, Williams-Paisley tells the full story of her mother’s illness, from diagnosis through the present day, drawing on her memories of her relationship with the fascinating, complicated, and successful woman who raised her so well. She describes educating herself on her mother’s condition, letting go of the shame and secrecy that surrounded it, and finding unexpected humor and grace in a terrible situation. Her book also chronicles the ways in which her family’s bond was strengthened by the experience, to becoming an awareness advocate, to accepting the woman her mother has become. It is a heartrending and inspiring reminder of how unbreakable our relationships with our mothers are.

Memoirs, Biography: arts and entertainment, Coping with Alzheimer’s and dementia

“Informative, relatable, heartbreaking, and funny, Kim’s book will be a must-read for those who have a loved one struggling with dementia.”

“Kimberly’s insight into her family’s struggle with dementia will be a comfort and resource to many.”

“Kimberly Williams-Paisley is a shining example of what it means to live with an open heart—she courageously shared the devastating impact of her mother’s dementia diagnosis with the world, turning her family’s crisis into an opportunity to inspire and educate others.”

“Kimberly’s story really resonated with Good Morning America viewers. I told her right then she should write a book. I know it will help countless families.”

“This is a story of a family uniting with love through the nightmare of dementia…Tragic yet beautiful.”

“Kimberly Williams-Paisley’s mother was fading into dementia, and this could have been a sad story. Instead it is the wonderful story of a daughter’s journey of hope and understanding that led her to find new ways to connect with and love her mother.”

“In this moving yet disturbing memoir, actress Williams-Paisley shares the story of her life and tells of her mother’s struggle with primary progressive aphasia…Realizing that she has lost her ‘old mom,’ Williams-Paisley moves beyond denial and grief to develop a surprisingly joyful bond with a ‘new’ mother.”

“Heartbreaking but never sentimental, Williams-Paisley’s book offers an intimate look at a family’s struggle with a life-altering disease. It is also a daughter’s tribute to the mother whose disease offered her a new opportunity to ‘love unconditionally…and practice being comfortable with…[the] uncomfortable.’ A simply told, moving memoir.”

“Kimberly Williams-Paisley is many things to many people: a wonderful actress, a generous humanitarian, and a loving wife and mother. Yet Kim is also a compelling storyteller. Now…this beautiful and brilliant woman who played the bride in those Father of the Bride movies reveals herself to be a real-life daughter with an important and meaningful story to tell about family, love, and loss and how we care for one another in this life.”

“Kimberly’s personal journey as a daughter and a member of her mom’s caregiving team is one that is reflected in families across the country, as dementia knows no boundaries. The willingness of Kimberly and her family to share their story publicly reminds families that they are not alone and demonstrates the importance of work with family members as a team and to seek resources that are available for guidance and support.”