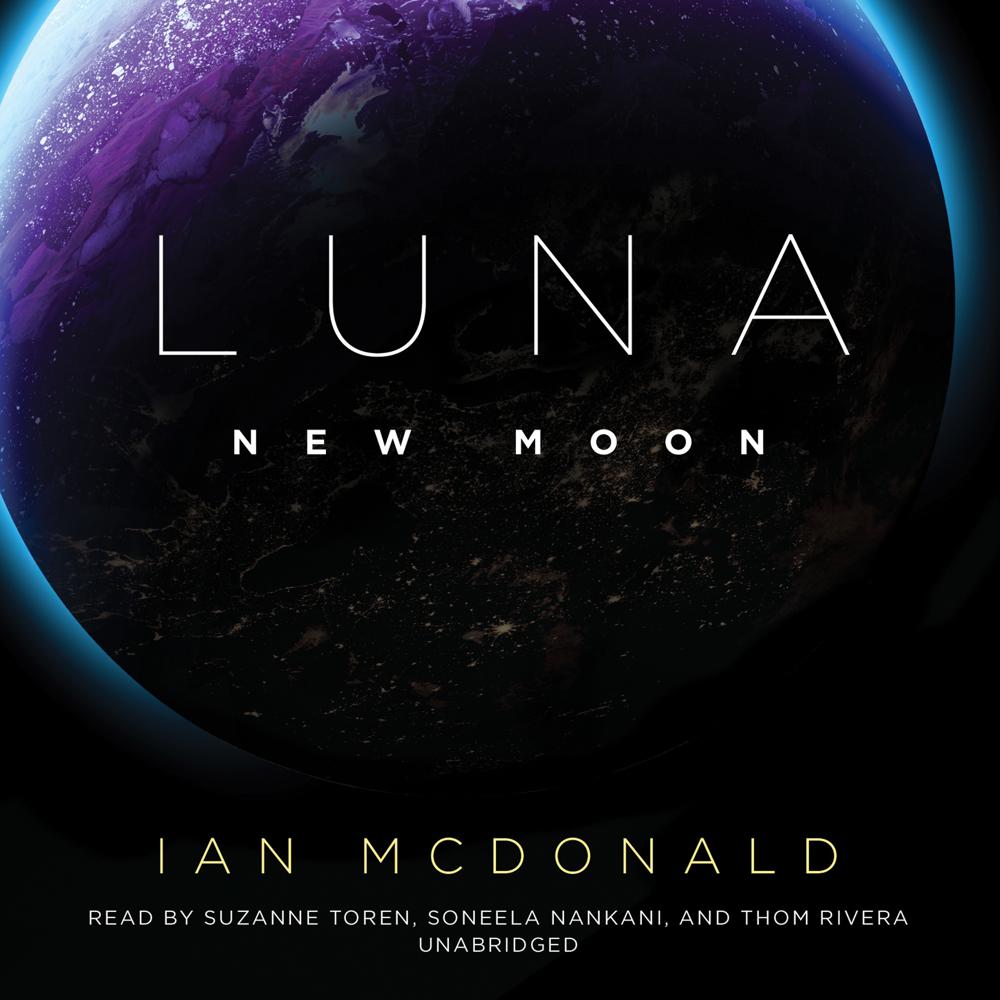 The scions of a falling house must navigate a world of corporate warfare to maintain their family’s status in the moon’s vicious political atmosphere.

The moon wants to kill you—whether it’s being unable to pay your per diem for your allotted food, water, and air, or just getting caught up in a fight between the moon’s ruling corporations, the Five Dragons. You must fight for every inch you want to gain in the moon’s near-feudal society. And that is just what Adriana Corta did.

As the leader of the moon’s newest “dragon,” Adriana has wrested control of the moon’s helium-3 industry from the Mackenzie Metal Corporation and fought to earn her family’s new status. Now, at the twilight of her life, Adriana finds her corporation, Corta Helio, surrounded by the many enemies she made during her meteoric rise. If the Corta family is to survive, Adriana’s five children must defend their mother’s empire from her many enemies—and each other.

“Ian McDonald’s never written a bad novel, but this is a great Ian McDonald novel…McDonald has ten details for every detail proffered by other sf writers. Not gratuitous details, either: gracious ones…We meet…a panoply of great passions and low desires.”

“[In] his superb near-future series launch…McDonald creates a complex and fascinating civilization featuring believable technology, and the characters are fully developed, with individually gripping stories.”

“McDonald specializes in big cast sf with exotic settings, and this volume excels on those points.”

“McDonald does a masterful job of alternating perspectives to paint a fascinating picture of family drama and corporate greed set against a backdrop of imaginative postcyberpunk technology, and Adriana’s backstory, told in a series of confessionals, adds depth to the plot.”

“As the main narrator, Thom Rivera deals the most with the audiobook’s Portuguese words, particularly character names, which figure prominently…Suzanne Toren provides a compelling narration of the portions of the book told from the point of view of the matriarch. She delivers her part with a nuanced mix of nostalgia, steely determination, and dominance. Soneela Nankani’s performance also succeeds. This complex tale presents a large cast of characters, explicit sex, and family drama in a harsh environment that breeds strong competition and greed.”