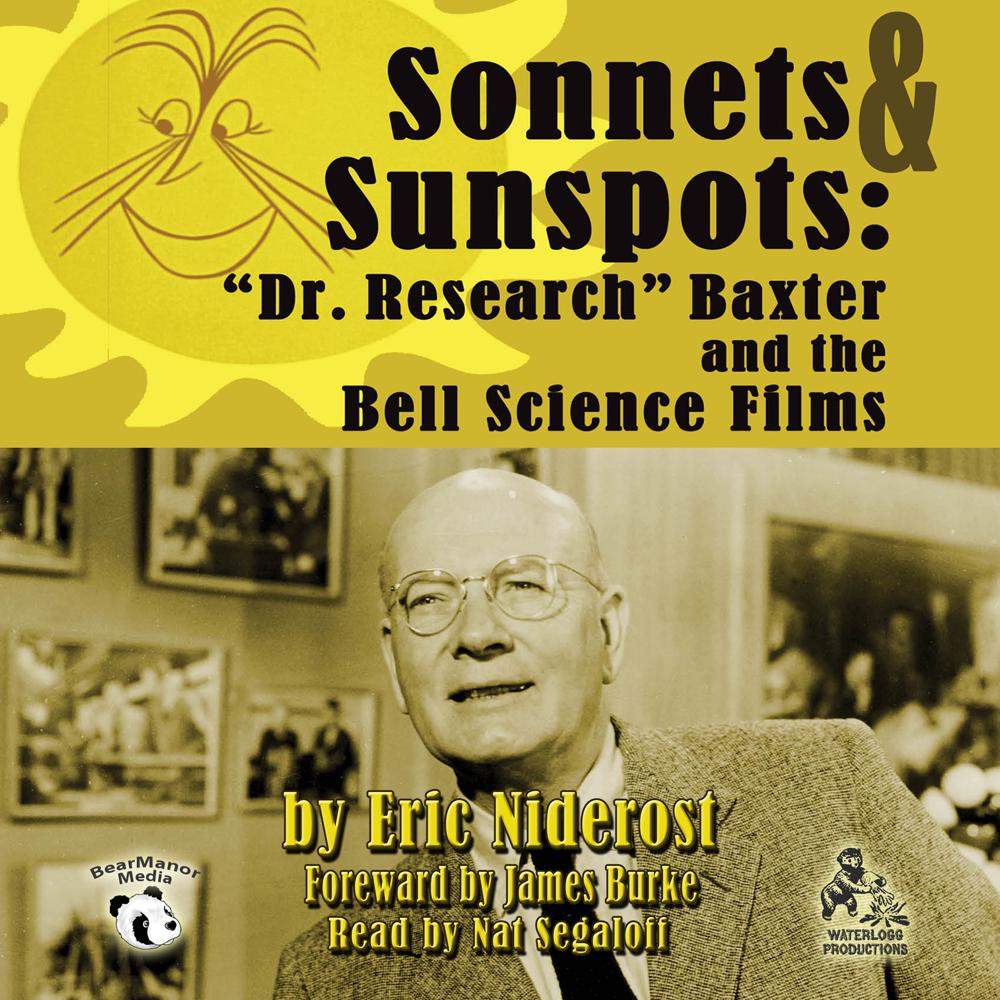 Sonnets & Sunspots tells the story of one of the most beloved popular science series of all time and the charismatic educator who became an icon to several generations of students. The book is also a fascinating history of popular science programming in television and film, from its primitive beginnings to the twenty-first century. Along the way there are entertaining behind-the-scenes stories of each production and the personalities that were involved with them. Dr. Frank Baxter, a professor of English literature at the University of Southern California, became a science hero to millions thanks to his alter-ego, “Dr. Research.” Many students even became scientists because of Baxter and the Bell films, some of the most entertaining and informative shows ever made.

As the tale unfolds we meet such people as famed Hollywood director Frank Capra, Walt Disney, legendary voice actor June Foray, Eddie Albert, Richard Carlson, movie mogul Jack Warner, James Burke of Connections fame, Carl Sagan of Cosmos, and a score of others. The book also chronicles the story of public television from its earliest beginnings, including the struggles of such pioneering stations as Houston’s KUHT and San Francisco’s KQED.

“A fine history of the early days of TV and of one man in particular whose celebrity hinged on making us smarter instead of dumber. It’s a fun book, and I’ve had fun showing it to friends who suddenly recognized this guy.”

“A fascinating and sometimes humorous look at the early years of science broadcasting. Essential reading if you want to understand how we got here.”

“If art and science means anything to you and you enjoy TV on these subjects, you will want to read Eric Niderost’s exceptional book. This is a nostalgic, edifying, and very enjoyable book. I wish I would have known all this fascinating stuff about Dr. Baxter when I worked with him on Mr. Novak.”

“Niderost has documented a vital moment in the history of science outreach. He writes with the same accessibility and sense of fun that made ‘Dr. Research’ Baxter so beloved by so many.”