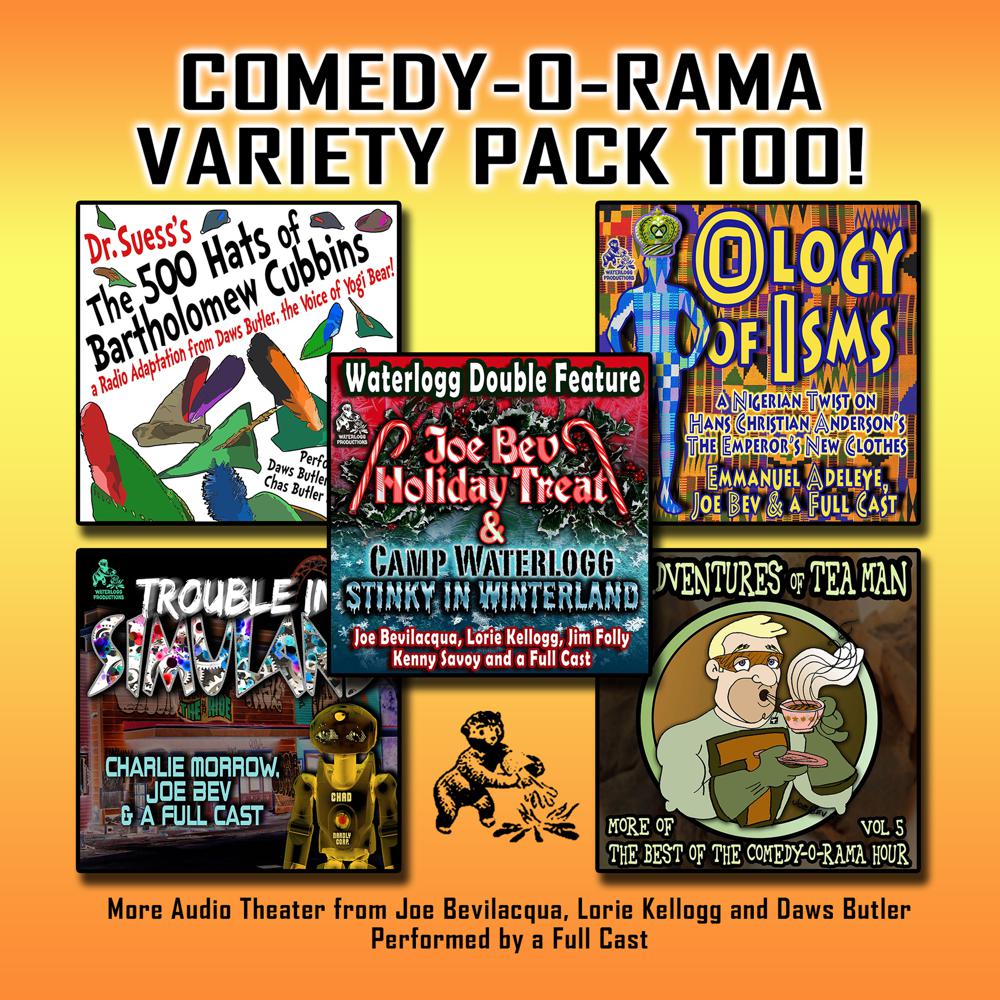 The Joe Bev Holiday Treat is a compilation of Christmas themed stories—some true, some not—hosted by veteran public radio producer Joe Bevilacqua. Stories include “Sleepy Santa,” “The Christmas I Saved Macy’s,” “Sherlock Holmes’ Creepy Christmas in Scotland,” “A Rockabilly Christmas,” and “Willoughby and the Professor Spend Christmas in the Middle East.”

2. The Adventures of Tea Man: More of The Best of the Comedy-O-Rama Hour, Vol. 5

Like a Jay Ward cartoon in audio, this is a hilarious, wacky collection of radio theater, written and performed by Mitchell Pearson and the DQD Theater of Philadelphia.

3. The 500 Hats of Bartholomew Cubbins: A Radio Adaptation from the Voice of Yogi Bear

This never-before-released recording of a Dr. Seuss story, dramatized by Daws Butler, is performed by Daws and his sons Chas and Don. It was produced by Joe Bevilacqua, who talks with Daws’ sons before the play.

4. The Ology of Isms: A Nigerian Twist on The Emperor’s New Clothes

Emmanuel Adeleye was born in Nigeria and worked as a playwright, actor, and artist before coming to the United States, where he studied theater. In 1981 he teamed with Joe Bev to produce his first radio play ever presented in the United States, The Ology of Isms.

This comic futuristic nightmare finds Ned Nardly using his new theme park for his own evil purposes. Featuring a full cast, produced with sound effects and music by Joe Bevilacqua, this radio play has aired on radio stations and podcasts worldwide. BONUS: Includes episode one of Joe Bev’s Willoughby and the Professor.

“Great parodies of old-time radio icons, classic moments with legendary comedians, and wonderful voice-acting, The Comedy-O-Rama Hour picks up where great radio comedy left off decades ago. Heck, it’s even produced in the Borscht Belt.”