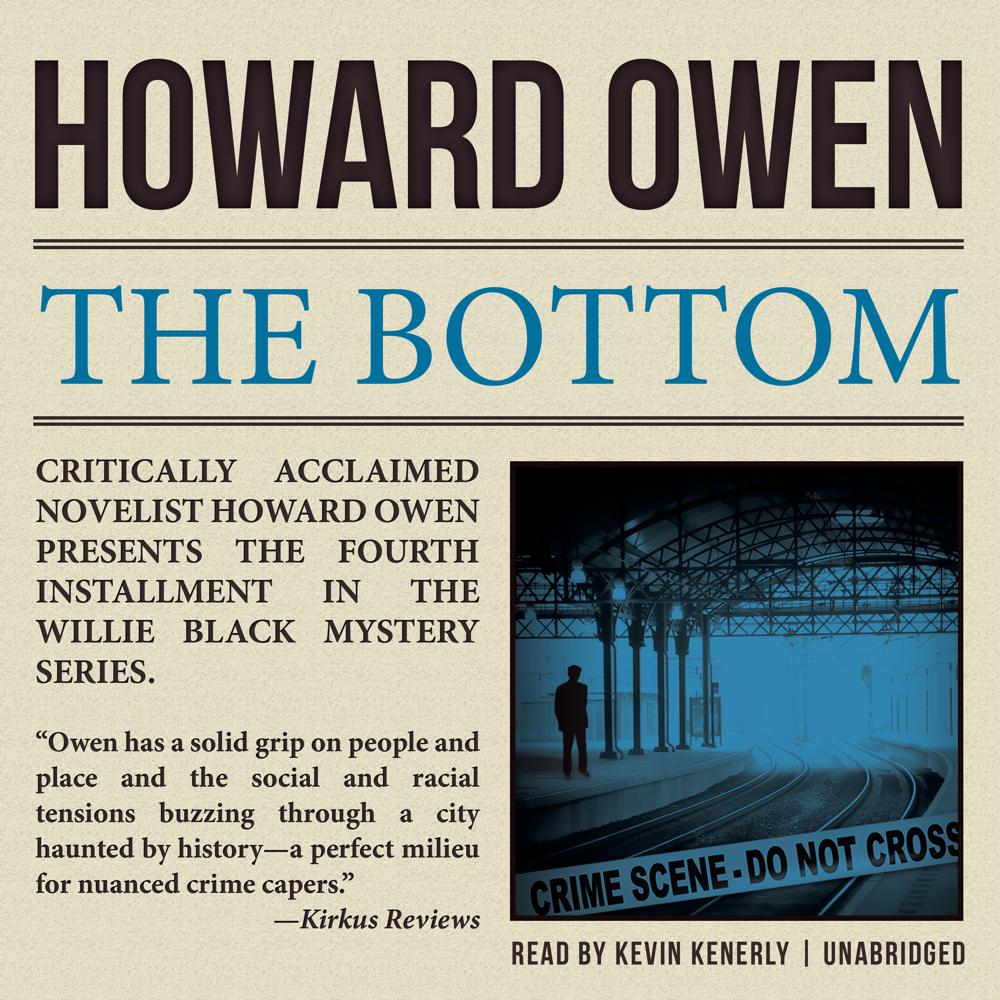 Richmond is in a panic. For the fourth time in eighteen months, a young girl or woman has been brutalized and murdered. This time the body of a fourteen-year-old girl is found in Richmond’s Shockoe Bottom train station. On her ankle is the same perversely cartoonish tattoo that has led the cops and newspapers to dub the perpetrator the Tweety Bird killer.

When Willie Black finds out that the night security guy at the station was lured away from his post by a phone call from Willie’s daughter just before the body was dumped, the story gets weirder—and a lot more personal.

At the same time, Willie’s paper is facing a lawsuit from a developer who wants to make a killing of another kind by turning part of the Bottom into Top of the Bottom—a mix of big-box stores and apartments. It’s an area where slaves were buried in unmarked graves, many of them still not discovered. The Bottom is emblematic of what Willie thinks of as the permanent stain Richmond can never wash away, but now he and the paper are under pressure to “lay off” Wat Chenault and his plans to turn the land into a real estate bonanza.

When the police arrest Ronnie Sax, a photographer who used to work at Willie’s paper, for the murders, the evidence seems overwhelming. But then Willie starts getting letters from someone who seems to know more about the killings than an innocent bystander should. Sax is eventually released, and the city goes on high alert once again. At the same time, Willie grows more and more suspicious about Chenault’s motives.

Willie is also trying to crawl back into the good graces of the lovely Cindy Peroni, seeking to convince her that he at last has a handle on his bourbon and two-packs-a-day habits.

In The Bottom, the fourth Willie Black mystery, Richmond’s nosiest newspaperman, true to form, chases the story like a bulldog going after a pork chop. But once he’s caught it, he’ll wish he hadn’t.

“The Bottom races along at breakneck speed, hardly pausing long enough to allow one to catch a breath. This is a perfect read for those who like their mysteries blunt and to the point.”

“Willie Black has the tenacity of a bulldog when chasing a story or a bad guy, as shown in Owen’s satisfying fourth mystery featuring the Richmond, Va., newspaper reporter…Willie carries a lot of personal baggage, including a fractured (but not broken) family, three divorces, a couple of rocky romances, and a drinking problem sort of under control, but readers can count on him to deliver in the end.”

“As the story unfolds, Willie faces the killer, battles a greedy developer’s plan to junk up the landscape, and installs a spine in the newspaper’s publisher—all the while displaying an easy humor and a sweet good nature that belie his cynicism. At one point, he wonders if his woman could really care about ‘a fifty-three-year-old bald man who needs to lose weight.’ Of course, she could. We do.”

“Owen has a solid grip on people and place and the social and racial tensions buzzing through a city haunted by history—a perfect milieu for nuanced crime capers.”

“If anyone is watching out for the forgotten citizens of Oregon Hill, it’s Willie, who grew up there and speaks the local language, a crisp and colorful urban idiom we can’t wait to hear again.”

“Owen knows his setting, his dialogue is spot-on, and his grasp of the down-and-dirty work of the police and news reporters lends authenticity to the narrative.”