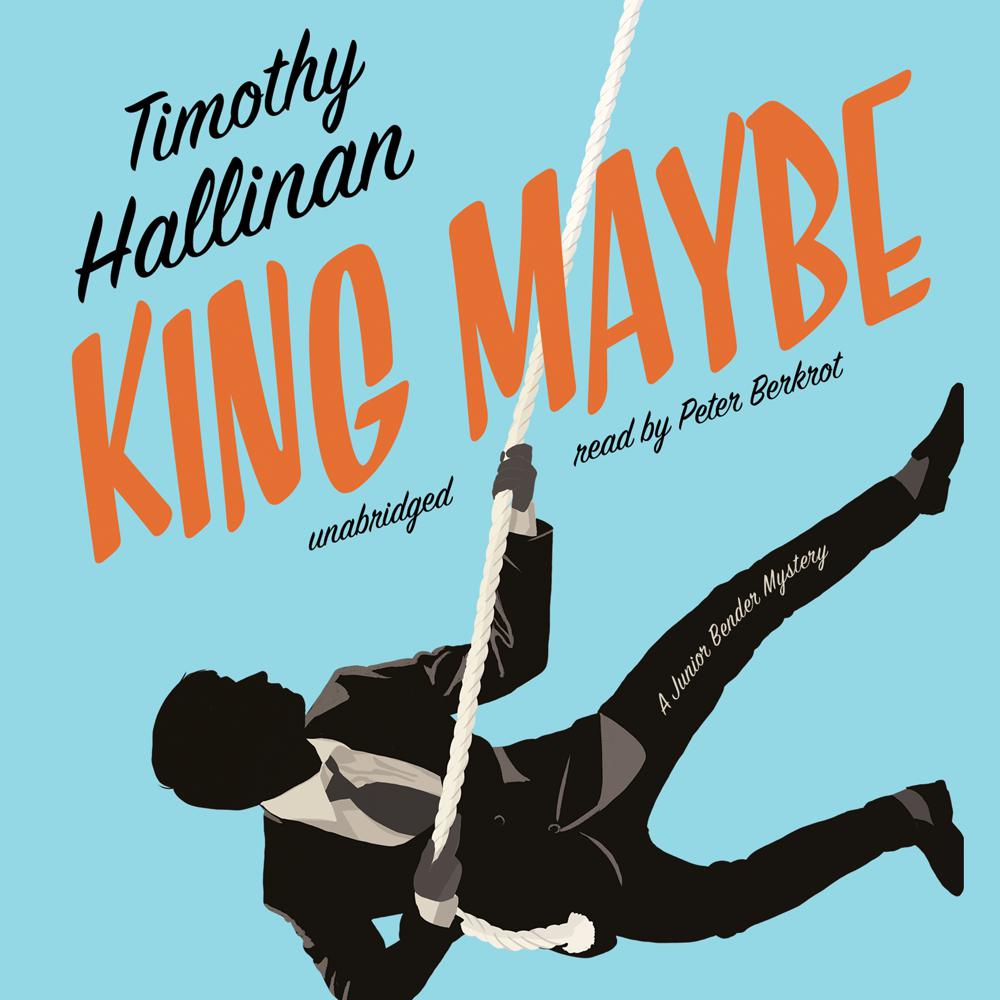 Los Angeles burglar Junior Bender is in the middle of burgling a house and has just gotten his hands on one of the world’s rarest stamps when the job goes terrifically wrong. After barely escaping, Junior realizes the danger is far from over. He’s gotten himself on the wrong side of a man whose name is synonymous with violence, and to save his own skin he’s set off a chain reaction of blackmail, strong-arming, and escalating crime. To pay off his underworld debts, Junior is forced to break into the house of the most powerful man in Hollywood, the shadowy, widely feared studio mogul known as King Maybe. It’s an impossible break-in, and to get out of the house alive Junior will need to use everything he’s learned, plus a few skills he knows he doesn’t possess.

“The tricky plot is plenty funny and packed with colorful characters.”

“The curlicuing plot is itself the source of much of the appeal here, which is not to shortchange either the ever-quirky cast of bent but delightful characters or Hallinan’s dazzling style…Are there too many lovable crooks in contemporary crime fiction? Well, maybe, but one thing’s for sure: they’re all chasing Junior.”

“Junior Bender is in another fix. Barely escaping with his life after stealing one of the world’s rarest stamps, he is on the lam from a very violent man, owner of said stamp…Twists and turns abound as Junior slips and ducks incoming blows. A rare man of integrity in a world of tinsel and dust, Junior may steal for a living, but he has scruples and will do anything to protect his loved ones. Fans of fast-paced thrillers with a lot of heart will enjoy this series.”

“In Edgar-finalist Hallinan’s darkly comic fifth Junior Bender mystery, the endearing Los Angeles burglar is faced with his biggest existential crisis yet…Powered by Hallinan’s smart and sardonic narrative voice (a young actress is described as an ‘emaciated, Giacometti sculpture of tendons, tension, and teeth’), this brisk romp through the Hollywood Hills reads like a novel half its length: an undeniable page-turner.”

“Junior’s sixth sense keeps warning him that he’s being set up, and it’s on the money every single time. Fans…will eat up his adventures among Hollywood types whose moral senses are even more primitive than his.”