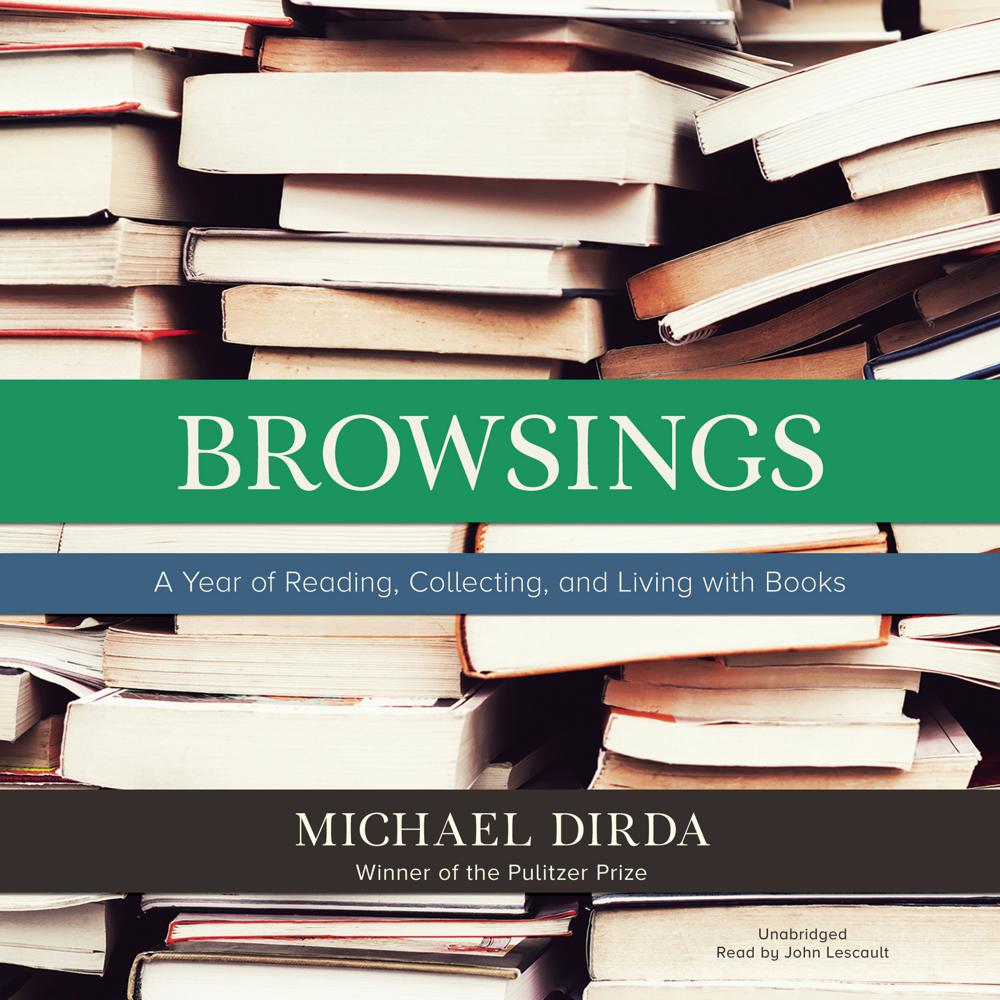 From Pulitzer Prize–winning book critic Michael Dirda comes a collection of his most personal and engaging essays on the literary life—the perfect companion for any lover of books.

Michael Dirda has been hailed as “the best-read person in America” by the Paris Review and “the best book critic in America” by the New York Observer. In addition to the Pulitzer Prize, he was awarded for his reviews in the Washington Post, and he picked up an Edgar Award from the Mystery Writers of America for his book On Conan Doyle.

Dirda’s latest volume collects fifty of his witty and wide-ranging reflections on literary journalism, book collecting, and the writers he loves. Reaching from the classics to the postmoderns, his allusions dance from Samuel Johnson, Ralph Waldo Emerson, and M. F. K. Fisher to Marilynne Robinson, Hunter S. Thompson, and David Foster Wallace. Dirda’s topics are equally diverse: literary pets, the lost art of cursive writing, book inscriptions, the pleasures of science fiction conventions, author photographs, novelists in old age, Oberlin College, a year in Marseille, writer’s block, and much more, not to overlook a few rants about Washington life and American culture. As admirers of his earlier books will expect, there are annotated lists galore—of perfect book titles, great adventure novels, favorite words, essential books about books, and beloved children’s classics, as well as a revealing peek at the titles Michael keeps on his own nightstand.

Funny and erudite, occasionally poignant or angry, Browsings is a celebration of the reading life, a fan’s notes, and the perfect gift for any book lover.

“Imagine having a really unbelievably well-read friend, who likes the same stuff that you do but is able to articulate why he loves it so much better than you can…That’s who Michael Dirda is, and that’s what this book does.”

“Smart but not stuffy, critical but not carping, self-engaged but not self-absorbed.”

“A rambunctious personality wanders the aisles of rare-book stores; musing about language, aging, and traffic; and catching up with fellow aficionados of the weird and the obscure.”

“Dirda’s enthusiasm is manifest, and his knowledge is often impressive. Dirda’s first-person voice and confessional zeal make him an easy author to like.”

“A set of appealingly conversational meditations on the life of the mind…Cheerfully eccentric, Dirda eschews the lofty pronouncement of Olympian judgment, preferring instead a hale and friendly exploration of shared enthusiasm.”

“In remembering and reflecting upon his own first excitements as a reader, Dirda is infectious.”

“Dirda’s comradely essays are unfailingly informative and amusing…His almost single-minded passion, the exhilaration of a life in literature, glows on every page.”

“The fifty-two pieces collected in Browsings… shine with Dirda’s passion for books, both as a reader and a collector, and are certain to delight any bibliophile.”

“A valentine to people who love reading and books…Dirda is gently self-deprecating about his writing and enthusiasms, but his humility is contradicted by his huge roster of literary acquaintances, vast knowledge of both popular and literary fiction, and omnivorous tastes as a reader.”

“This joy-filled, reflective collection makes perfect bedside reading…Literate but never snobby, this collection of essays surely will entertain and enlighten book lovers of all stripes.”

“This collection of Dirda’s musings on writers, book collecting and the literary landscape is a must read for all bibliophiles. Michael Dirda won a Pulitzer for his work at the Washington Post and has been called ‘the best-read person in America’…Great fun for all book nerds!”

“Narrator John Lescault has an amazingly pleasant voice and reads Dirda’s words with a chuckle or a scowl, whichever is called for…Lescault sounds as though he’s delighted and amused to be narrating such a variety of ideas, and his warm baritone is endlessly soothing.”