It's Not about Perfect
Shannon Miller 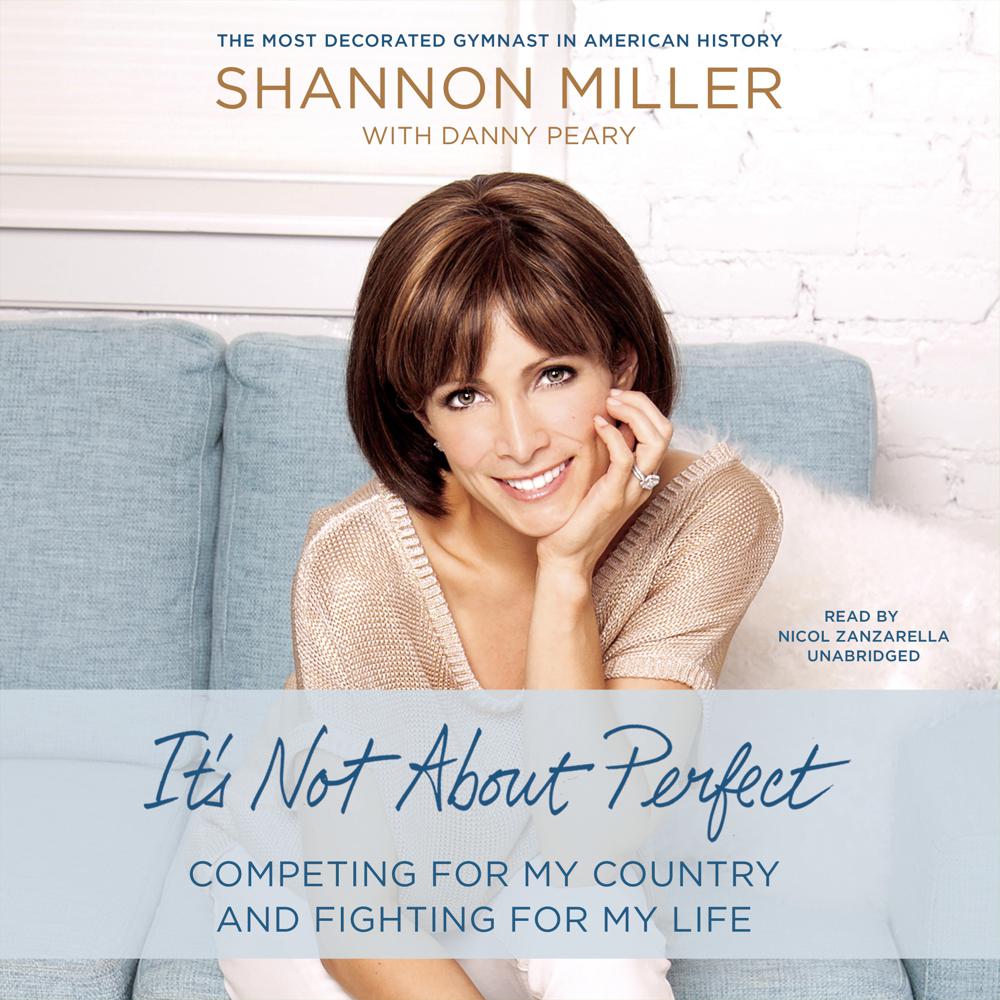 "When the odds were against me, I was always at my best."

When she retired at age nineteen, Shannon Miller did so as one of the most recognizable gymnasts in the country. The winner of seven Olympic medals and the most decorated gymnast, male or female, in US history, Shannon tells a story of surviving and thriving. A shy, rambunctious girl raised in Oklahoma, Shannon fell in love with gymnastics at a young age and fought her way to the top.

In 1992 she won five Olympic medals after breaking her elbow in a training accident just months prior to the Games. Then, in 1996, a doctor advised her to retire immediately or face dire consequences if she chose to compete on her injured wrist. Undeterred, Shannon endured the pain and led her team, the "Magnificent Seven," to the first Olympic team gold medal for the United States in gymnastics. She followed up as the first American to win gold on the balance beam.

Equally intense, heroic, and gratifying is the story of her brutal but successful battle with ovarian cancer, a disease from which fewer than fifty percent survive. Relying on her faith and hard-learned perseverance, Shannon battled through surgery and major chemotherapy to emerge on the other side with a miracle baby girl.

Her story of trial, triumph, and life after cancer reminds us all that it's life's bumps and bruises that reveal our character. From early on in her career, Shannon knew that life wasn't about perfection. In this incredible and inspirational tale, Shannon speaks out so as to be seen and heard by thousands as a beacon of hope.

“Shannon Miller is a champion both on and off the mat. She is not only one of the greatest gymnasts in the history of the sport, she is a great person. Her courage to win as a gymnast shines through just as it did in her battle against cancer. Through and through, Shannon is not only a winner but a friend as well.”

“I have had the pleasure and privilege of knowing Shannon Miller as an Olympic teammate and a fellow mom. Shannon’s strength and perseverance to conquer any mountain in life are something to be admired.”

“Shannon Miller has displayed strength, character, and perseverance her entire life. These traits turned her into an Olympic Champion and then helped her beat cancer. In It’s Not about Perfect she shares how the traits that have shaped her life can translate into success in all walks of life.”

“Shannon Miller’s strength and perseverance in both her sport and cancer battle is something to be admired as it can be applied to conquering any mountain in life.”