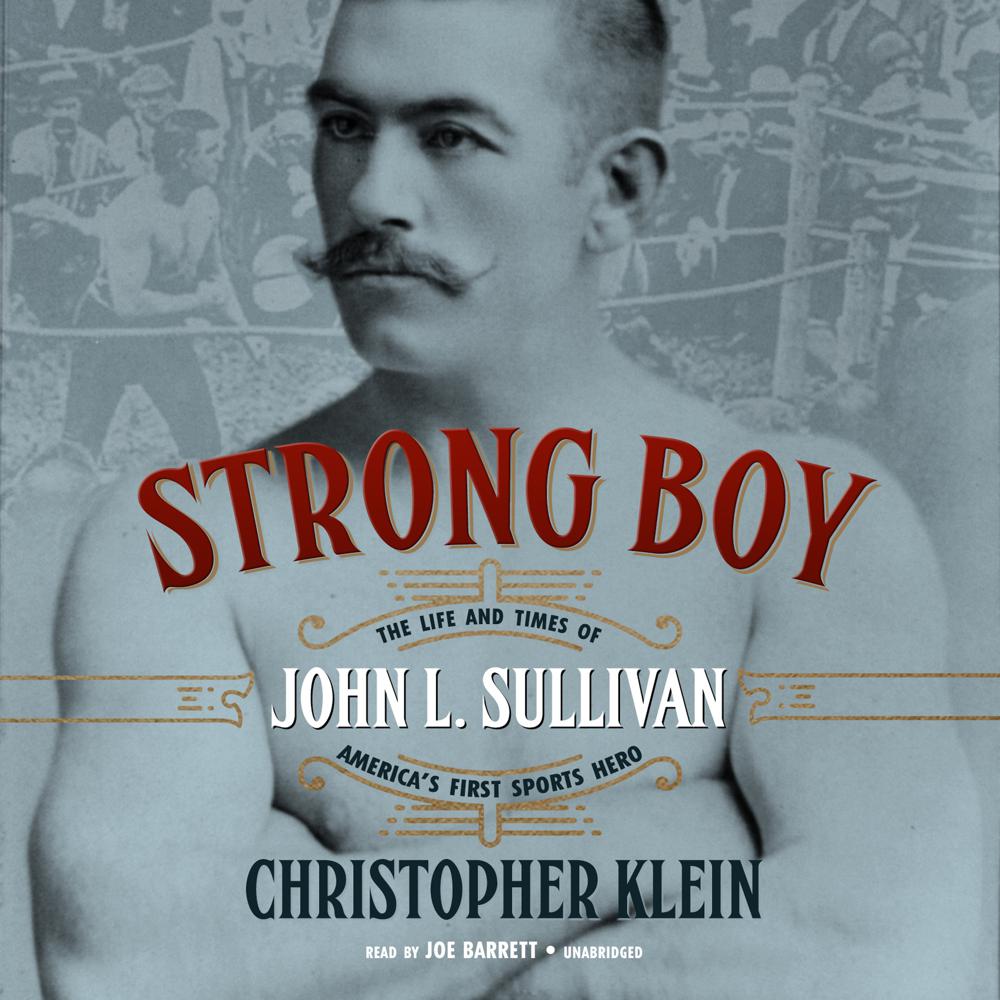 "I can lick any son-of-a-bitch in the world."

So boasted John L. Sullivan, the first modern heavyweight boxing champion of the world, a man who was the gold standard of American sports for more than a decade and the first athlete to earn more than a million dollars. He had a big ego, a big mouth, and even bigger appetites. His womanizing, drunken escapades, and chronic police-blotter presence were godsends to a burgeoning newspaper industry. The larger-than-life boxer embodied the American dream for late nineteenth-century immigrants as he rose from Boston's Irish working class to become the most recognizable man in the nation. In the process, the "Boston Strong Boy" transformed boxing from outlawed bare-knuckle fighting into the gloved spectacle we know today.

Strong Boy tells the story of America's first sports superstar, a self-made man who personified the power and excesses of the Gilded Age. Everywhere John L. Sullivan went, his fists backed up his bravado. Sullivan's epic brawls, such as his seventy-five-round bout against Jake Kilrain, and his cross-country barnstorming tour in which he literally challenged all of America to a fight are recounted in vivid detail, as are his battles outside the ring with a troubled marriage, wild weight and fitness fluctuations, and raging alcoholism. Strong Boy gives readers ringside seats to the colorful tale of one of the country's first Irish American heroes and the birth of the American sports media and the country's celebrity obsession with athletes.

“Sullivan was perhaps the first real American sports superstar and especially because he meant so much as a minority champion…As important a cultural figure as he was a sports idol.”

“Travel back to the 1880s and sample some nickel beer, free lunch, horse trolleys, and the babble of immigrants. Christopher Klein, in this well-researched book, delivers the sportin’ life of the Gilded Age when Americans crowned their first athlete-king, John L. Sullivan, in coast-to-coast banner headlines.”

“In this muscular, relentlessly detailed book, Christopher Klein not only tells Sullivan’s story but also documents the evolution of boxing from illicit bare-knuckle savagery akin to today’s steel-cage extravaganzas to the ‘sweet science’ of legally sanctioned bouts between skillful gloved opponent.”

“From the first page to the last, Klein’s prose retains its powers of enchantment and illumination. It is one of the best boxing books ever penned.”

"[A] treasure trove of information that covers sports, celebrity, crime, politics, and entertainment…[and] tracks John L. Sullivan, the ‘Boston Strong Boy,’ across the country and globe as he rises from the tenement to the heavyweight championship and everything that came with it.”

“Attentive as he is to historical details, Klein’s storytelling gift is most evident in how he depicts ‘John L.’ as a beloved hero who was eventually undone by ego and who had a legendary appetite for food and drink…A lively, consistently entertaining sports biography.”

“Joe Barrett’s narration brings this larger-than-life character to the mind’s eye of the listener with a wonderfully gruff, Irish-New England accent. Author Christopher Klein captures much about this man—and there’s a lot not to like—but it’s Barrett who embraces Sullivan’s voice in an animated way. That effort makes Strong Boy a great marriage of scholarship and narration.”