Battle of Ezra Church and the Struggle for Atlanta
Earl J. Hess 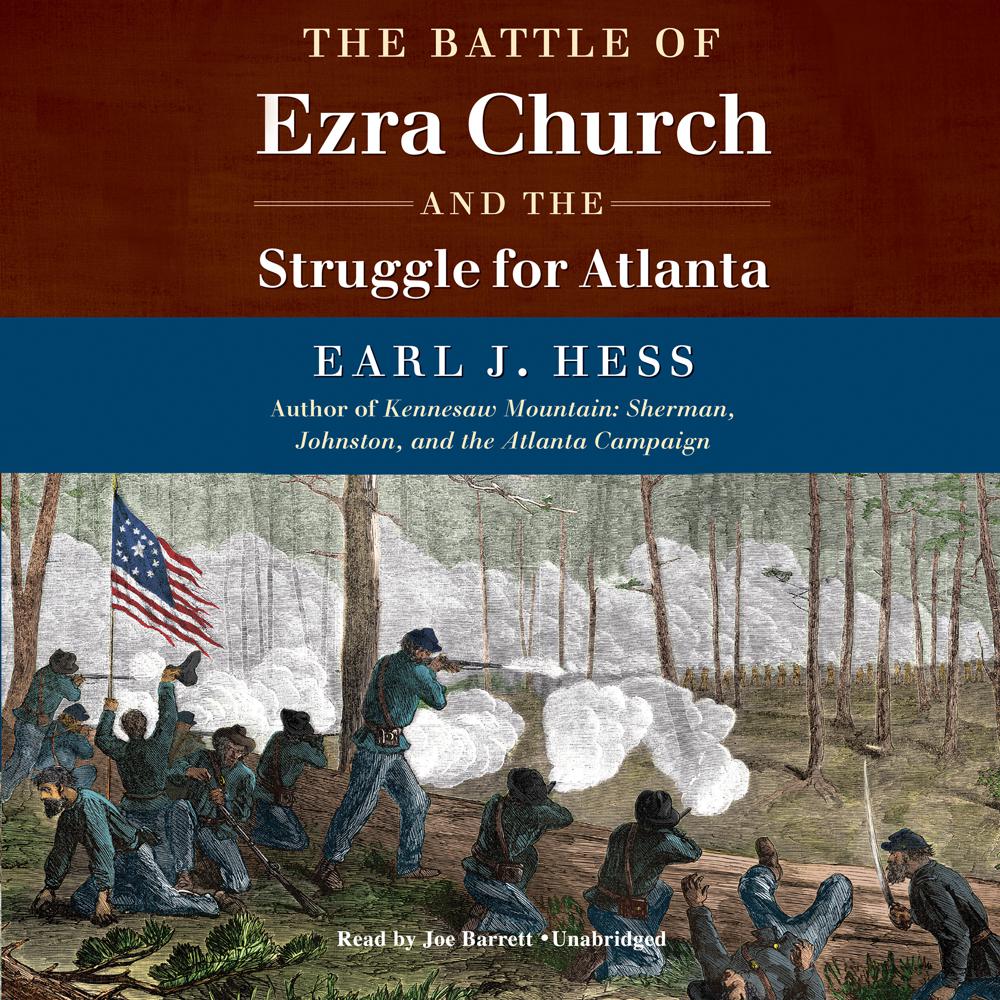 Fought on July 28, 1864, the Battle of Ezra Church was a dramatic engagement during the Civil War's Atlanta campaign. Confederate forces under John Bell Hood desperately fought to stop William T. Sherman's advancing armies as they tried to cut the last Confederate supply line into the city. Confederates under General Stephen D. Lee nearly overwhelmed the Union right flank, but Federals under General Oliver O. Howard decisively repelled every attack. After five hours of struggle, 5,000 Confederates lay dead and wounded, while only 632 Federals were lost. The result was another major step in Sherman's long effort to take Atlanta.

Detailing Stephen D. Lee's tactical missteps and Howard's vigilant leadership, Hess challenges many common misconceptions about the battle. Richly narrated and drawn from an array of unpublished manuscripts and firsthand accounts, Hess' work sheds new light on the complexities and significance of this important engagement, both on and off the battlefield.

“With a detailed and fascinating analytical narrative, Hess demonstrates that the real battle was staged at the tactical level…[and] successfully places Ezra Church in the context of the broader strategic conflict of which it was a part. Additionally, this work helps readers understand the struggle as experienced by the soldiers who fought it at close range with little weaponry other than what was in their hands. Verdict: Based on extensive archival and library research, this work is a model of well-written Civil War history.”

“Exploring a pivotal but often overlooked battle in the Civil War, The Battle of Ezra Church is the first book-length examination of the battle of Ezra Church. Well written and well researched, this book offers invaluable descriptions of troop movements and battle actions, as well as keen analysis of strategy and how individual battles fit into the larger context of the Atlanta Campaign. In his account of this bloody conflict, Earl Hess reminds us that he is one of the finest Civil War historians writing today.”

“This excellent study builds on Earl Hess’ earlier work on Sherman’s Atlanta campaign, providing a gripping treatment of the last in a series of bloody engagements near the city in July 1864. The narrative reflects the author’s sure grasp of sources, keen eye for biographical detail, and ability to evoke the drama and complexity of major military events. Anyone interested in the campaign that brought a sea change in both Union and Confederate national morale in 1864 will read this book with profit.”