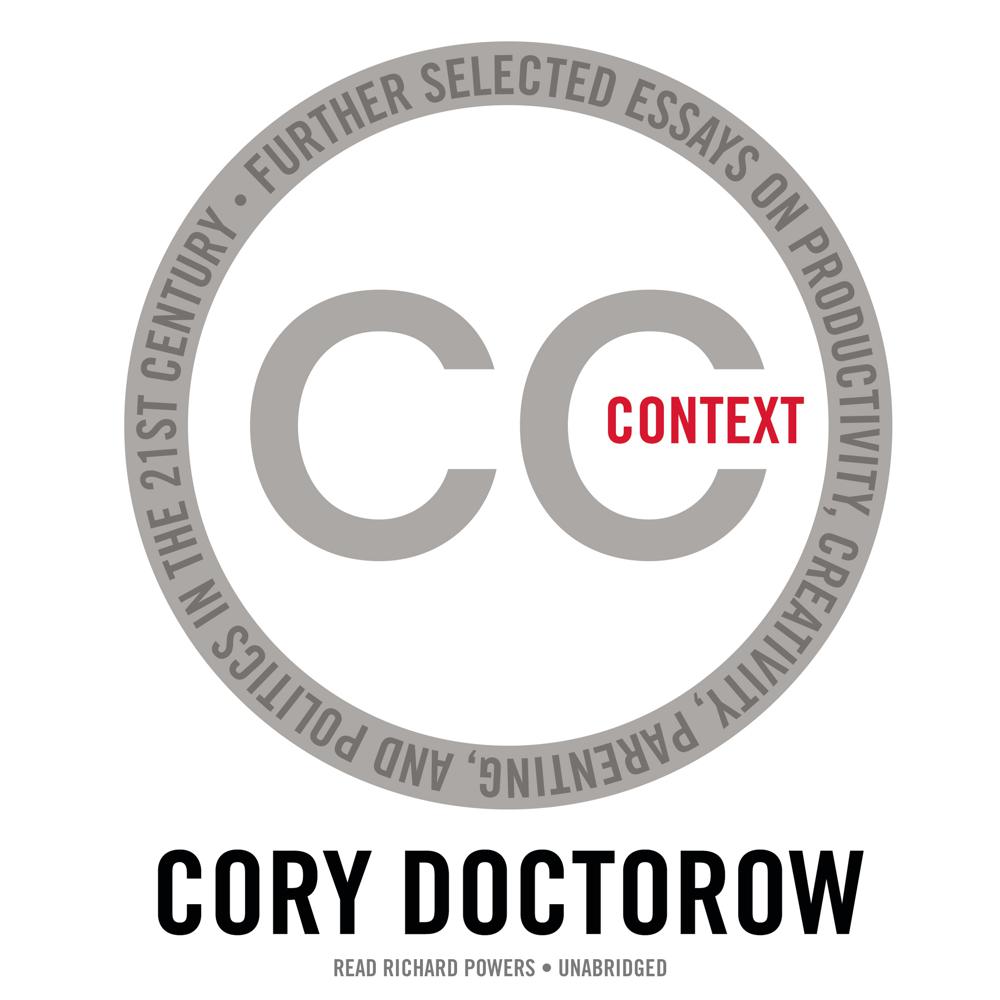 One of the web's most celebrated high-tech culture mavens returns with this second collection of essays and polemics. Discussing complex topics in an accessible manner, Cory Doctorow's visions of a future where artists have full freedom of expression is tempered with his understanding that creators need to benefit from their own creations. From extolling the Etsy makerverse to excoriating Apple for dumbing down technology while creating an information monopoly, each unique piece is brief, witty, and at the cutting edge of tech. Now a stay-at-home dad as well as an international activist, Doctorow writes as eloquently about creating real-time Internet theater with his daughter as he does while lambasting the corporations that want to profit from inherent intellectual freedoms.

Impact of science and technology on society, Literary essays, Society and culture: general

“Cory Doctorow’s Context is a treat for those who live in the digital world—as well as for those who would like to know more about it.”

“If you are interested in the context of our Internet-centric lives, Context is a must-read collection of essays.”

“Context is a deeply interesting and thought-provoking book…The resulting collection is golden: and an absolute must-read for anyone who’s ever asked where all of this technology stuff is heading.”

“There is plenty here to chew over here and will make you think.”

“Doctorow makes the complicated accessible throughout this great little guidebook, a GPS for the digital age.”

“A good introduction to Doctorow, the volume collects his most recent work and will be of interest to a wide audience: anyone who teaches, reads sf, follows tech news, or wonders why one can’t read the same books on a Kindle as on a Nook.”

“Part Poor Benjamin, part Dr. Spock, Doctorow is by now a wise, trusted guide in this messy—but eminently navigable!—world in which we’ve landed.”