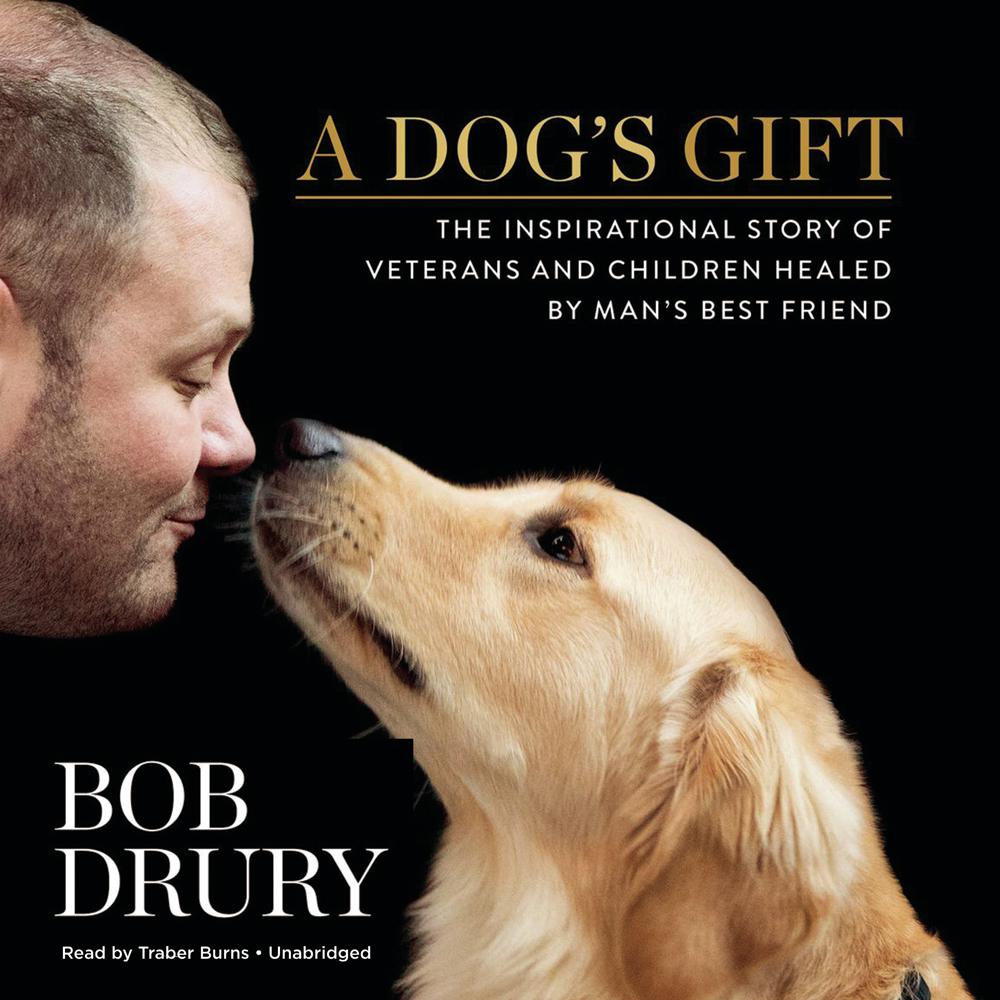 A decade ago, former military counterintelligence officer Terry Henry joined his precocious young daughter, Kyria, on a trip to a nursing home in order to allow its residents to play with their family dog, a golden retriever named Riley. Terry was astounded by the transformations that unfolded before his eyes. Soon after, Terry and Kyria started their service dog organization, Paws4people, with the goal of pairing dogs with human beings in need of healing, including traumatized and wounded war veterans and children living with physical, emotional, and intellectual disabilities.

In A Dog's Gift, award-winning journalist and author Bob Drury movingly captures the story of a year in the life of Paws4people and the broken bodies and souls the organization mends. The book follows the journey of pups bred by the organization from their loving, if rigorous, early training to an emotional event that Terry and Kyria have christened "the bump," where each individual service dog chooses its new owner through an almost mystical connection that ignites the healing process. Incorporating vivid storytelling, insights into canine wisdom, history, science, and moving tales of personal transformation, A Dog's Gift is a story of miracles bound to be embraced by not only the sixty million Americans who own dogs but by anyone with a full heart and a loving soul.

“As a ‘streetwise crime reporter [and] hard-bitten war correspondent,’ Men’s Health contributing editor Drury considered himself a ‘tough guy’—until he decided to write about the nonprofit paws4people, which trains therapy dogs to work with veterans suffering from PTSD…Drury traveled with Henry and observed life-changing moments, not only for the new dog owners but also for prisoners whose lives were transformed by becoming trainers…A great story.”