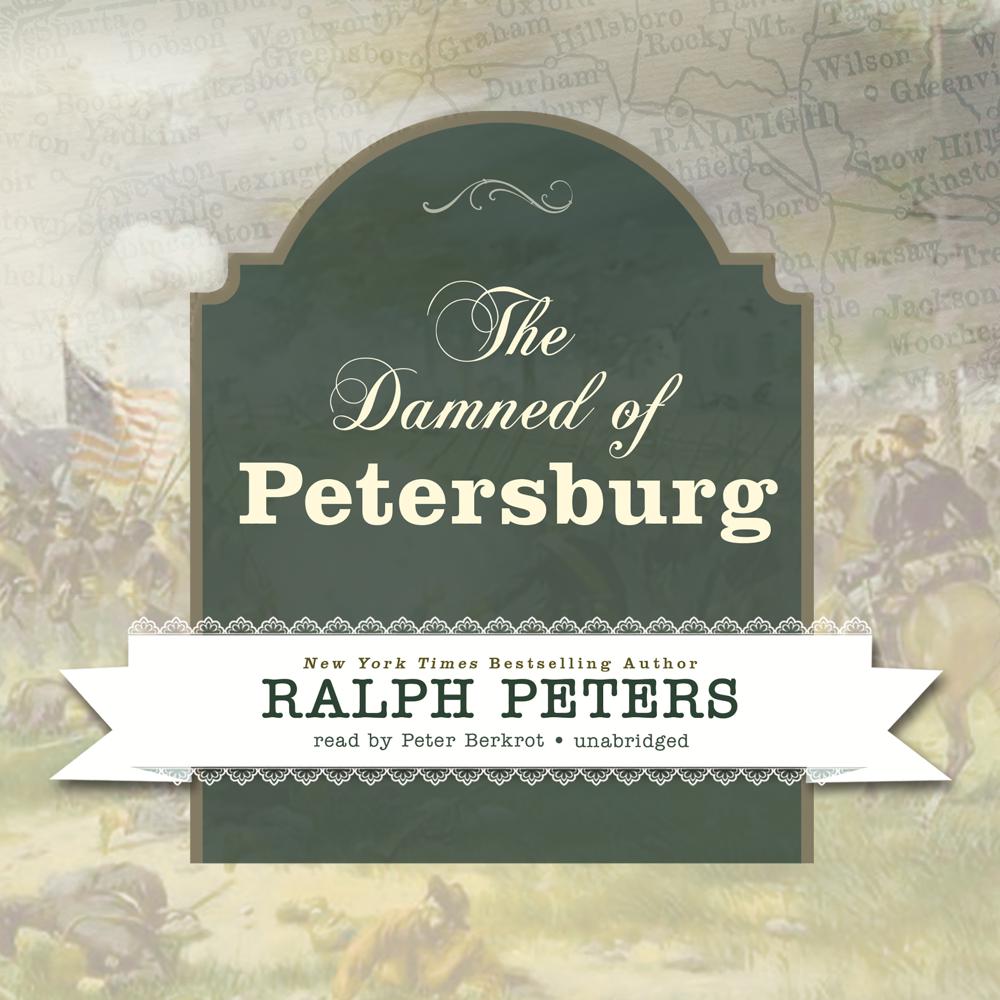 From the butchery of the Crater, where stunning success collapsed into a massacre, through near-constant battles fought by heat-stricken soldiers, to the crucial election of 1864, The Damned of Petersburg resurrects the American Civil War’s hard reality, as plumes and sabers gave way to miles of trenches.

Amid the slaughter of those fateful months, fabled leaders—Grant and Lee, Winfield Scott Hancock and A. P. Hill—turned for help to rising heroes, Confederates like “Little Billy” Mahone and Wade Hampton, last of the cavaliers, and Union warriors such as the tragedy-stricken Francis Channing Barlow and the fearless Nelson Miles, a general at twenty-four.

Ralph Peters does not forget the men in the ranks, the common soldiers who paid the price for the blunders of commanders who would never know their names. In desperate battles now forgotten—such as Deep Bottom, Globe Tavern, and Reams Station—soldiers on both sides were pushed to the last human limits but fought on as their superiors struggled to master a terrible new age of warfare.

The Damned of Petersburg revives heroes aplenty, enriching our knowledge of our most terrible war, but above all, this novel is a tribute to the endurance and courage of the American soldier, North and South.

“A superbly detailed retelling of the Civil War confrontations near Petersburg…Peters’ fast-paced novel is entirely a story of men at war, from the quiet, calm, relentless Grant to Lee, aware that slavery had cursed the white South…Rich in detail and rendered with a literary flair, this is magnificent fiction that Civil War buffs will want for their libraries.”

“Peters’ research is impeccable. His account of life in the trenches is told by the actual participants, from the common soldier to the higher-grade officers. Readers can only feel as if they were participants in that dirty, hot summer of 1864, with death constantly facing them.”

“If Thucydides and Tolstoy together were commissioned to write a historical novel about the American Civil War, the result would be something like Ralph Peters’ The Damned ofPetersburg. Combining unflinching Thucydidean realism about warfare with Tolstoyan empathy for humanity, Peters recreates the bloody Petersburg campaign through the eyes and in the words of the men who lived and died during it. Anyone who wants to understand why the Civil War is the defining event in American history should read this deeply researched and beautifully written epic.”

“In this excellent historical novel, Ralph Peters has brought to life the desperate fighting that flared around Petersburg and Richmond in the summer and autumn of 1864, the crisis of our Civil War…A must-read for Civil War novice and aficionado alike.”