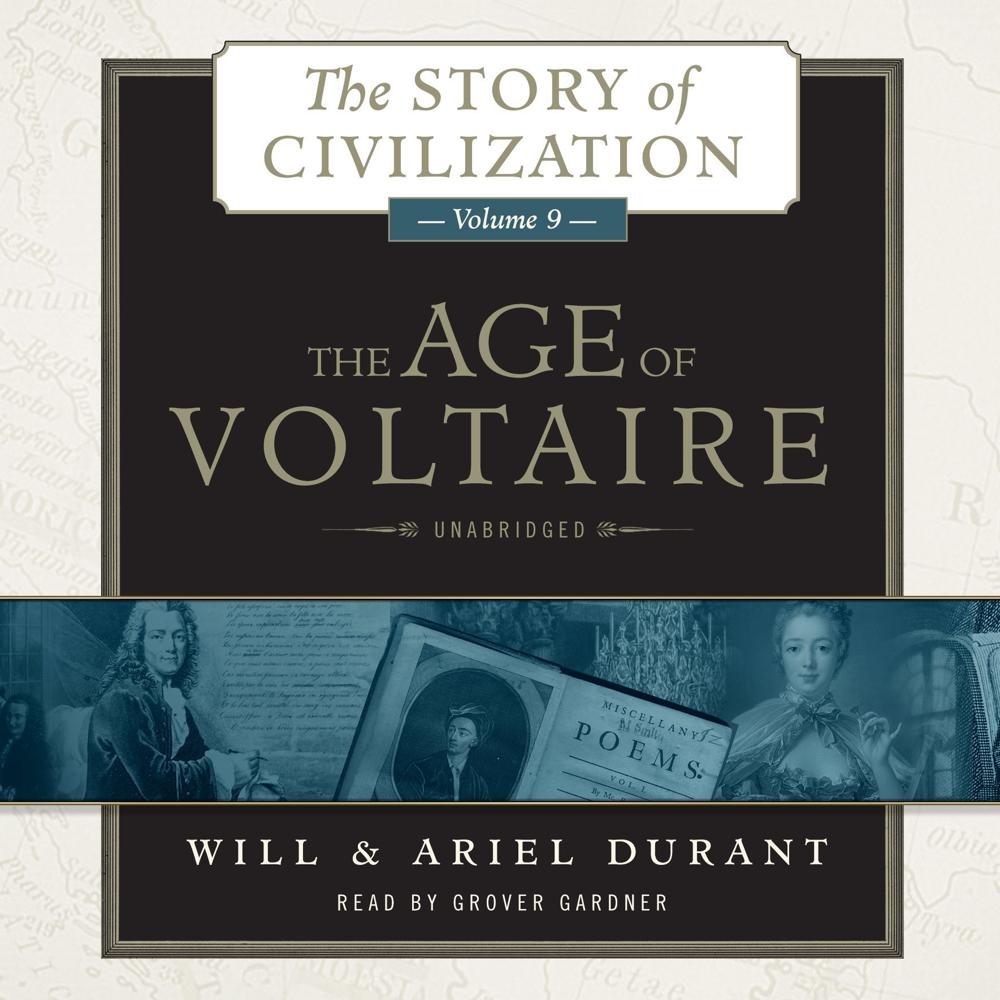 The Age of Voltaire, the ninth volume of the Story of Civilization, is an in-depth examination of France and England in the first half of the eighteenth century. In this masterful work, listeners will encounter

the English ideas that inspired the Enlightenment in France—skepticism, scientific experiment, constitutional government, "natural rights," and individual liberty; the salons of Paris, where the wits and thinkers of all Europe gathered to exchange ideas; the philosophes—intellectuals, playwrights, and poets who consulted and consorted with kings and queens; Voltaire himself—the incarnation of the Enlightenment and a devotee of reason who still defended religious faith; Mme. Pompadour, patron of the philosophes, who seduced King Louis XV and through him influenced French policy; the Augustan Age in English literature—Alexander Pope's poetry, Jonathan Swift's satires, and the novels of Samuel Richardson and Henry Fielding; and the growing parasitism of the aristocracy and rising power of the commercial class.

“A fine work of popularization…The Durants show an acute appreciation of the quality of this particular period.”

“The Durants provide a period panorama par excellence, a compound of history and biography in which indeed man makes history, not history the man. Voltaire becomes the pivot for the age, with his deification of reason and anti-clerical stance…They are at their enthusiastic best when filling out the portraits of their immense cast, but their compass, their comprehension of the political, social, economic, scientific, philosophic, artistic realities, set in the perspective of their theme, offer a unified over-view of life in France, England, Middle Europe…A popular cultural spectacular.”